Born to be a cop

Merin Joseph, who had made it to the IPS in her first Civil Services exam attempt, was born to be a cop. 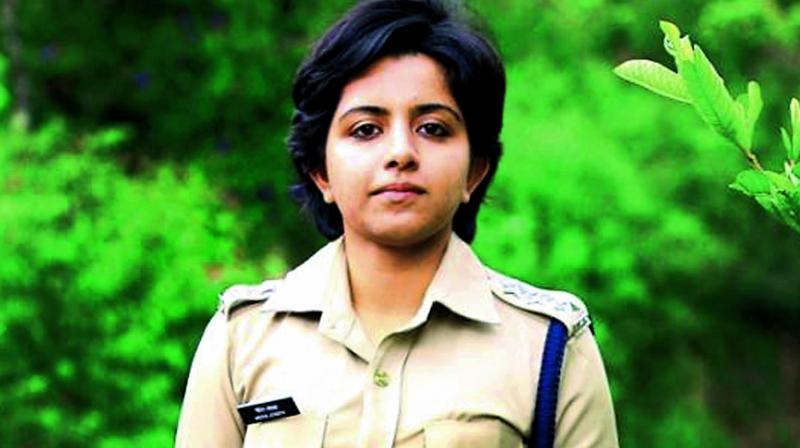 For long, people believed that one can commit a crime and escape prosecution by fleeing abroad. a Kerala Police team led by Kollam city commissioner Merin Joseph has busted the myth.

It was on June 8 that Merin Joseph assumed office as the City Police Commissioner of Kollam in Kerala. She was reviewing the pending cases when she came across a sensational case that had shocked public conscience two years ago – the suicide of a minor girl who was raped by her uncle’s friend, who was absconding.

It was in 2017, during a vacation, that Sunil Kumar Bhadran, a tile worker in Saudi Arabia, sexually assaulted his friend’s 13-year-old niece for three months. The incident came to light when the devastated girl, belonging to a Scheduled Caste commuity, opened up to her family after Sunil went back. When they reported it to the police, a lookout notice was issued, but Sunil had already fled the country. Unable to handle grief, the girl’s uncle, who had introduced Sunil to the family, committed suicide. The girl, who was in a rescue home, too ended her life. The case upset Merin, who realised that a criminal was roaming free in another country when justice was yet to be served to all the lives he marred. The 29-year-old officer followed up the case and got in touch with Saudi Police who got Sunil in custody. Merin flew down to Saudi Arabia, and brought him back, making Sunil the first person to be extradited in a case registered in Kerala, and adding another feather to the cap of Kerala Police.

Stressing that cracking the case is not her personal achievement, but a milestone in the history of Kerala Police, Merin explains why she took it up, “It’s not just because the case involved a minor. People had this belief that if they commit a crime and flee to the GCC countries, they will be safe forever. I wanted to bust that myth and let them know that they can’t escape and we can bring them back.”

With no prior model to follow on extradition procedures, it wasn’t an easy task. “Our current state police chief Lokanath Behera, who has experience working with the CBI and the NIA, has special interest in such cases and insists on bringing back fugitives. There was a lot of paperwork with the Interpol and complicated procedures to follow. International-level coordination with Interpol was new for Kerala Police and the case turned out to be a landmark for the police force of the state,” she recalls, adding that bringing Sunil back was technically not based on an extradition treaty.

“The case was followed under the Mutual Legal Assistance Treaty (MLAT), which India had entered with Saudi Arabia in 2013. This treaty facilitates investigations and service of judicial documents between two countries. This was the first time we did it and it was a great learning experience. Now that we have done it, in future, it will be an easier process,” she explains.

It was to understand the procedures in detail that Merin personally got involved in the case instead of deputing junior officers. She says, “Sunil was already detained in Saudi. No police officer has seen or interacted with him regarding the case. I talked to him about the case and asked him about his experiences in Saudi prison. He knew that he would be nabbed once he landed in Kerala.”

Merin, who had made it to the IPS in her first Civil Services exam attempt, was born to be a cop. “I enjoy the everyday challenges and feel that this is a profession that suits my personality. The reach of police force is very wide; you can serve justice and touch lives in innumerable ways. Police have a raw kind of power which can be used in a positive way to bring about many good changes,” she adds.

“Normally voiceless, women and children are the ones with no one to take up their issues. I can utilise my legal powers and position to work for them. Women safety has been a much-discussed topic after the Nirbhaya case and people have been reacting very strongly about such cases. Even this case earned much attention as it was about a child rape accused. Rape of a minor is the worst offence one can commit. Now that the Rajya Sabha has passed a Bill to amend the POCSO Act by including stringent punishment like death penalty for serious offences like rape of children, we are advancing legally too. While society demands strong action against offenders, I am giving back what is expected of me,” she says.

The officer is glad that the public image of police force is changing, “Police-public interface has increased and the department is taking steps to modify the force’s ways and improve public interaction. There’s zero-tolerance approach towards misbehaviour and police are imparted behavioural training. With various platforms for people to air their opinions and complaints, and social media interface becoming very popular, police are no longer a distant entity for public. Kerala Police hold the record of owning the world’s most-followed Facebook page. The reach is great.”

It was the same social media that celebrated Merin’s induction into force terming her ‘cute cop’ and ‘gorgeous ACP’ and starting fan pages in her name. “People focusing on a particular aspect and airing sexist comments have never affected my work. I have no problem with complimenting my looks, but unnecessary glamourisartion of a very serious job is something I don’t agree with. Does anyone talk about the good looks of a male officer? It’s not fair to judge a person based on the looks, which has never been an advantage to be in this profession which is serious in nature. All these deviate attention from the good work we do. But I have never let it affect me or my work. I believe over a period of time, people’s thoughts will evolve and after a few years, no one will talk like this.”

Is it tough for a woman to sustain in  the police force? “It’s definitely tough because at the end of the day, it’s a man’s world. It was and will continue to be a man’s world till more women join the force. I hardly see any woman officer – not constables, but higher-rank officials – daily. In terms of numbers, gender parity is not yet achieved in police force. For women, it’s a stressful, full-time job and when it comes to managing children, it’s tough if there’s no family support. The department is very supportive by offering preferential postings in case of genuine requirements on humanitarian grounds without compromising on the quality of policing. But in a lot of cases, men feel that women can do only lighter work and give them only desk jobs, keeping them away from law-and-order jobs. That needs to be resisted and duties should be distributed evenly. Changes should happen from within,” observes Merin, who is a strong advocate of women’s rights and exhorts them to stand up for themselves and react boldly.
Winding up the conversation, she shares her dream, “I want to be a good officer and make the most of every day. In future, I want to start something which I will be remembered for.”