Photography is a meditative art for Rahul Ravi who loves capturing the beauty of his homeland through his camera lens. 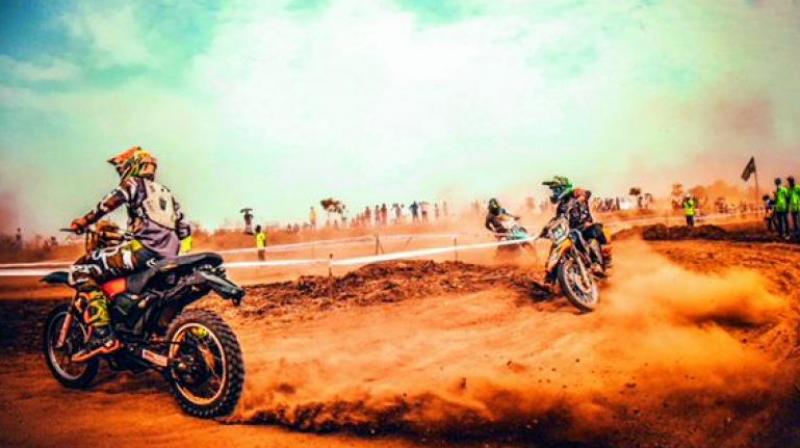 Riders on a racing track

For Rahul Ravi, photography has never been a means of livelihood. When he describes the feeling of looking at the world through his camera lens, you understand it is much more than a passion. “It is like meditation to me,” he says.  It was his sister who persuaded Rahul to explore a new medium to explain his thoughts on different topics. “Every picture of mine has a story to it,” says Rahul.
For this young photographer, shooting with his camera is like seeing the things he is most influenced by — people, culture of his homeland, candid pictures at youth festivals — in a different perspective. 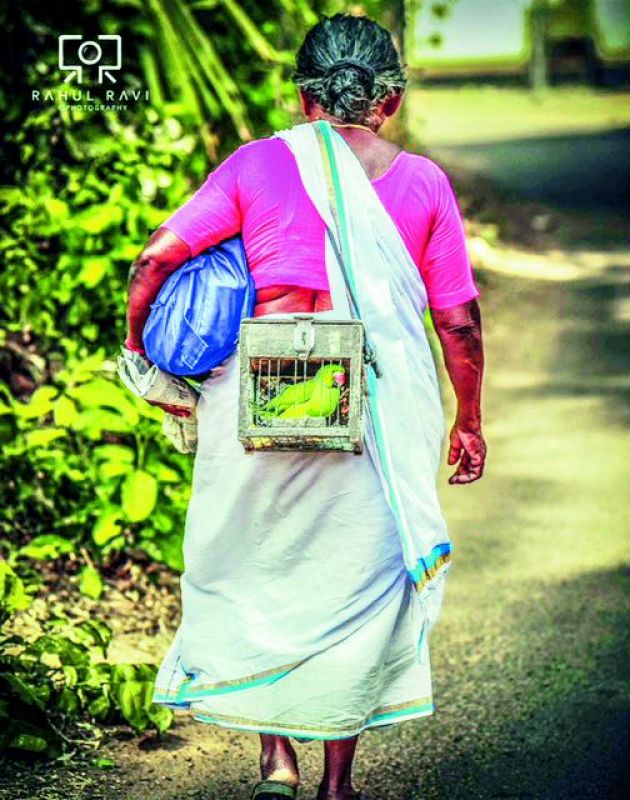 A parrot astrologer goes in search of new business. 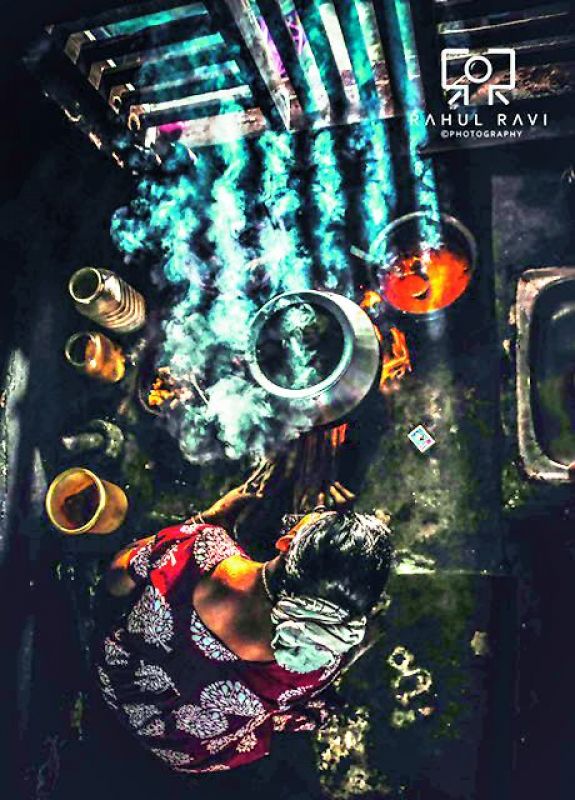 A dedication to all mothers who don’t need a single day to be honoured.

He has decided that he will never use his photographs as a means of earning money. “My photographs are not for sale. They are my reactions to how I see this world. How can anyone put a price on it,” he asks.  Rahul’s preparation to shoot a  photograph starts with writing a caption for anything that he feels needs to be captured and then he begins his quest to find the perfect click that justifies the caption. 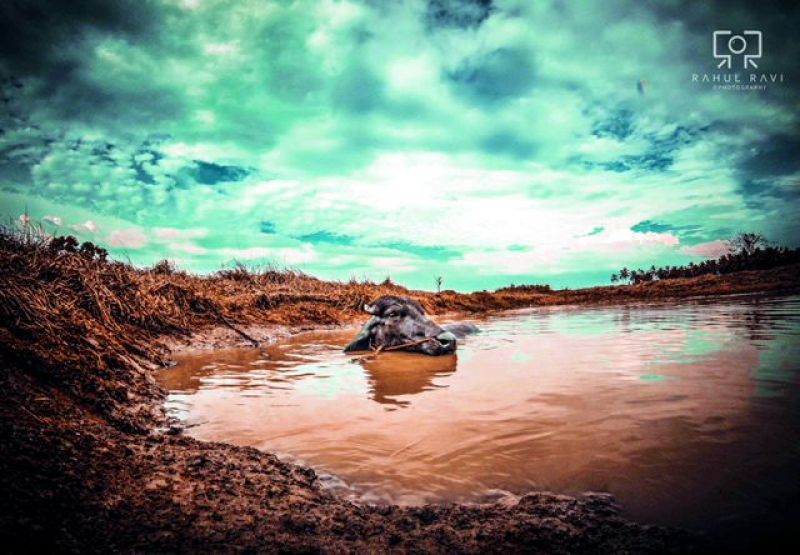 A buffalo soaks itself in a puddle of water to beat the summer heat. 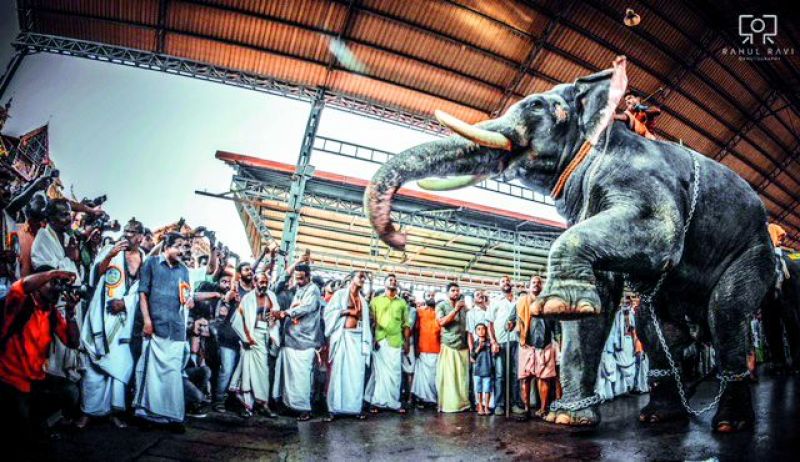 Guruvayoor Sidharthan bows before the main deity after winning Aanayottam, an elephant race. The idol of the deity is placed on the winner during the festival.

Another interesting facet of his approach is his live photography style. He is a regular at youth festivals, where he clicks live photos and organises an exhibition the same day. He says, “Youth festival venues have always fascinated me. I like to capture the participants, their emotions, the different nuances of makeup, the joy of sharing victory as well as the disappointments.” 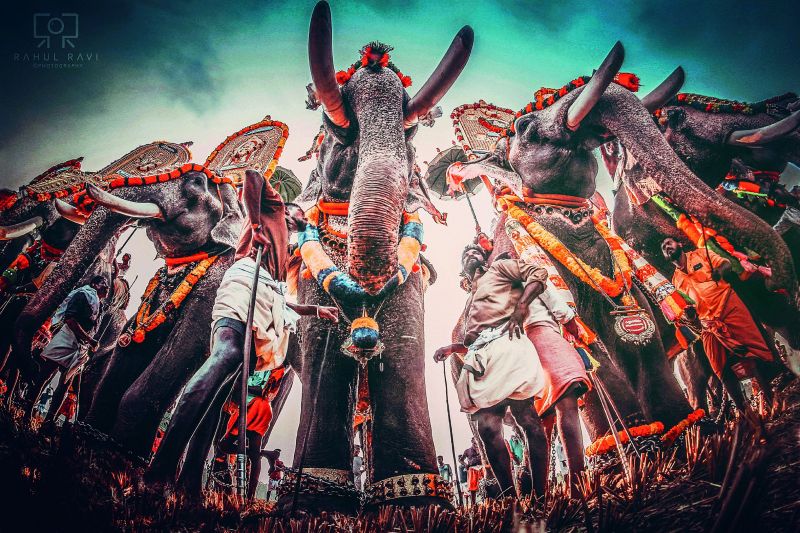 From the festival at Chiravarambathu Kavu, Thrissur. 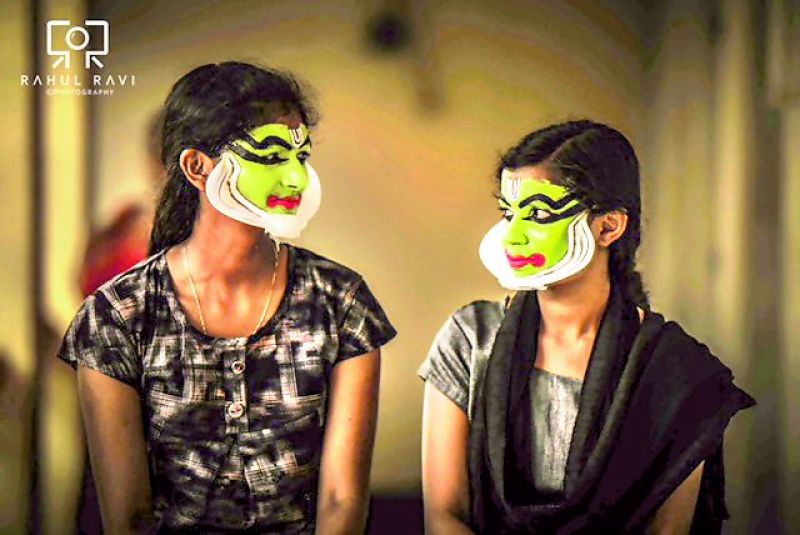 Apart from this, his pictures depict the cultural, regional and traditional disparities that exist across Kerala. Rahul says he is totally in love with his homeland and the cultural plethora that it offers. The colours, festivals, elephants, the earthiness... All that is the beauty and essence of his homeland.