Hunger gains for the ‘MEAL’ieu

A young Indian’s presence at the Buckingham Palace today symbolises the long journey the two countries have taken together. 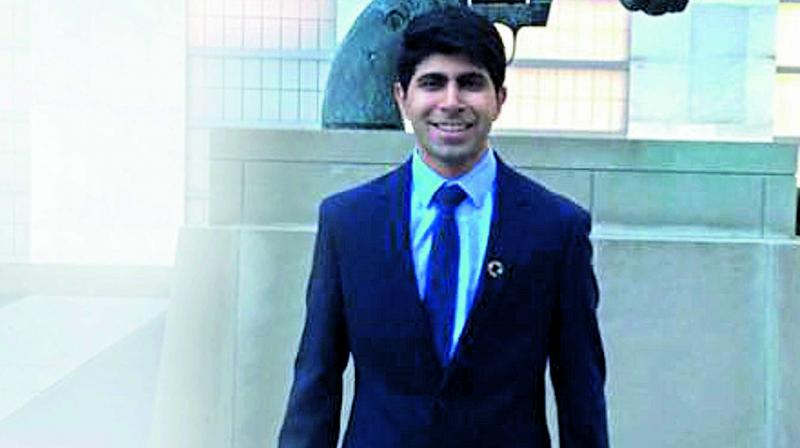 A thinking mind and a vision to make the world a better place gave Ankit Kawatra an aim. Today, his initiative Feeding India has already had over eight million meals distributed

A young Indian’s presence at the Buckingham Palace today symbolises the long journey the two countries have taken together. Ankit Kawatra’s journey too reflects this long and fruitful association. As one of the few Indians who is a UN Ambassador, the Forbes 30 under 30 and a Queens Leader all at once, Ankit’s story is one of belief and social responsibility. Queen Elizabeth II honoured Ankit — the founder of Feeding India with the prestigious Queen’s Young Leaders Award on June 29 for his not-for-profit social enterprise which aims to connect two major social problems today: hunger and food wastage as a solution for each other.

Against all odds, Ankit started Feeding India in 2014 (at the age of 22), quitting his corporate job to work towards ending hunger in the country, after witnessing massive amounts of extra food being thrown away at a wedding. “There were 35 cuisines and a host of amazing food from around the world. The thought of what would happen to the fresh extra food after all guests leave struck me, and I went to talk to the caterer about this. I was shocked to know that all that food was going to be thrown away and was appalled that the extra food could serve meals to 10,000 people,” the 25-year-old reminisces.

Days passed as the thought of food going to waste in a country which has the highest number of undernourished people in the world hung over him, “It left me wondering why no one had stepped up to take action. On discussing this with my colleagues and friends, I was told that this was a way of life. They pointed out that the idea of doing something about this full-time was not only ‘foolish’ but would also mean the end of my management career lying ahead,” Ankit shares.

Over the next few weeks, he urged his friends and colleagues to help him recover extra food and donate it to those in need, “In late 2014, I was able to convince five people in my network to volunteer and that’s where Feeding India took off. Starting with a team of five volunteers in Delhi, I started partnering with caterers in the city, and donating their excess food to beneficiaries who could not earn for themselves.”

Feeding India today has fed over eight million meals with a network of 4,500 volunteers across 43 cities of India mainly redistributing excess food from weddings, corporates, canteens, banquets, households, etc. The task wasn’t simple and challenges were aplenty. Ankit shares, “People would shun away at the thought of a 22-year-old asking them to change their generation-old habits. I would be rejected almost everywhere. Initially, people were concerned about the quality of food, which was to be donated. They were also very new to the concept and said they would rather throw away the food than donate it. It took a lot of convincing to finally make them realise the cause associated with these deeds.”

Having given up his corporate job at the outset of his career to solving the national challenge of hunger and malnutrition, this award only strengthens his resolution to do more. The UN has recognised him for his leadership and contribution to the achievement of the 2030 Agenda for Sustainable Development, which includes a set of 17 goals to end poverty, fight inequality and injustice by 2030. He was selected from more than 18,000 nominations from 186 countries, through a multi-step process. “I wish to achieve Zero Hunger in my lifetime. I want to make hunger a thing of the past. My aim in the coming few months is to set-up sustainable feeding programmes for children in many schools. I’m actively looking for corporates and stakeholders who could support me in this mission. I am also trying to pilot a new concept — a 24x7 running refrigerated vehicle, which will collect and donate excess food to the needy. Initially, everyone seemed to look down upon radical social transformation. The popular notion was not-for-profits and charity was something that should be left to other conventional groups of the society and not done by the ‘bright’ ones, I hope their thoughts must’ve changed a bit with this milestone our team has achieved,” he concludes.