Rani out to nab young rapists

Rani Mukerji returns to big screen with Mardaani 2 and tries to create awareness about sexual assaults on women in India. 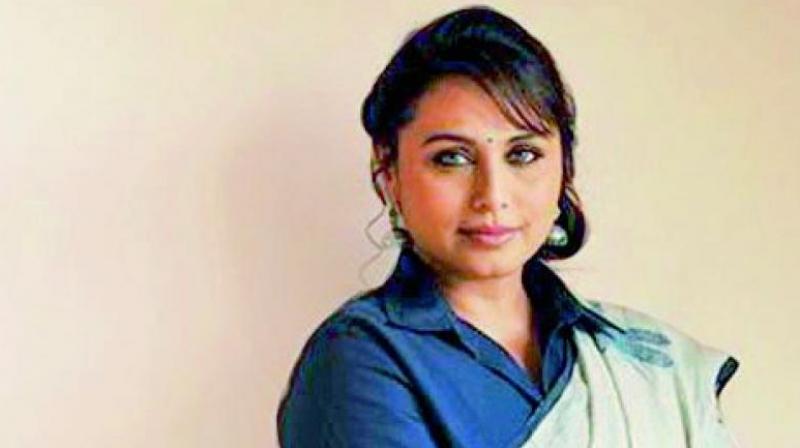 She comes from the illustrious Mukerji and Chopra family of Indian cinema. Has been in Bollywood for nearly two decades and has never shied away from taking a stand – be it the #MeToo row in showbiz or the gruesome sexual assaults on women in India. When Rani Mukerji (41) speaks everybody listens. This time around, the talented actor is using her acting prowess in Mardaani 2 to highlight the subject of rape. A rather disturbing subject, but according to the NCRB more than 2,000 rape crimes are committed by boys under 18 years in India every year.

Was Mardaani 2 always on the cards?
Mardaani (2014) was born out of the anger that we all collectively as a Nation had during the Nirbhaya case. As a country we were all shaken up. We were like what the hell happened. There was trauma, pain, disbelief, shock and you couldn't get over the fact that someone could be so demonic in the way they dealt with the girl. Before that, there was not much awareness on crime against women. When Nirbhaya died she actually gave life to many voices that were never heard. Mardaani was somewhere aimed at trying to tell the youth, the girls of our country to be aware. Evil does not come knocking at your door, it is lurking around. In Mardaani 2 we are talking about sexual assaults on women committed by young boys. And when you see some of them (rapists) you would never imagine that such an innocent-looking boy could commit such a heinous crime. It is just about creating awareness.

You come across a courageous woman so was it natural for you to be part of Mardaani?
Yes. No not really. I think I have easily slipped into romantic movies. I love romancing as that comes easily to me. You have to treat woman as different forms of Durga – when she is Parvati she showers Lord Shiva with love and when you wrong her, she can transform into Durga and Kali as well. It is not necessary that a girl has to have one kind of emotion. We all have different emotions at different times. And I think it is about tapping that.

Starting from Raja Ki Aayegi Baraat to Mehendi has your approach towards acting changed?
In Raja Ki Aayegi Baraat and Mehendi I made sure the revenge is there, whether I am the victim or I am the person, who is making sure the accused is punished. I think that message is loud and clear in all my films. I have always portrayed myself as a strong Indian woman. I like to empower women in whatever way I can. All of women are descendants of that energy that is Shakti. There is no reason why any girl should think that she is less than any other soul because she is ‘shakti’ herself. When you tap your inner strength, you will feel indispensible. You feel you are the strongest and bravest person.

How do you reinvent yourself and stay relevant in today's changing times?
I think as an actor you have to be relevant. If you are irrelevant you get rejected. In showbiz when you are accepted, people allow you to make mistakes but when you are rejected it is difficult to redeem yourself. It is important to understand the need of the hour and the roles that come to you – whether they echo with you as a citizen of the country or as a human being. Before being an actor, I am also a human being, a person, who lives in India. So there are certain things that affect me personally which may not affect me as an actor.

Your movies Mardaani, Hichki and Mardaani 2 strive to bring about social change?
If there is love, respect and adulation that you get from your country, somewhere down the line you do feel it is your responsibility to bring about change. But there is a thin line between being responsible and satisfying your creative juices. Sometimes you would like to essay a negative character to see whether you can pull it off as an actor. So when you act in plays or do theatre, people get the chance to portray so many different parts but movies are a different medium. Sometimes one is caught in a dilemma but needs to strike the right balance. I have been able to strike that balance in my career and have done all kinds of films.