Over the past few years, the Czech Republic has emerged as an important tourist destination, when it comes to Europe. 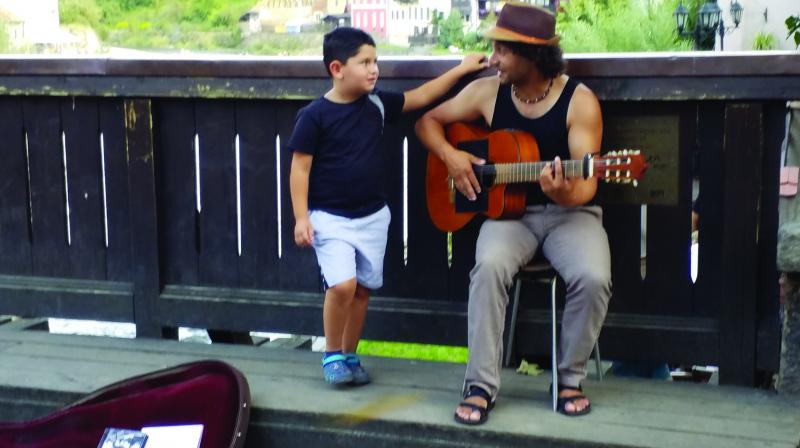 A father and son performing for tourists

In Bohemia’s deep south lies Cesky Krumlov, one of the most picturesque quaint towns in Europe. A Unesco World Heritage Site, the place boasts of a magnificent castle, an old town square, and baroque architecture.

Over the past few years, the Czech Republic has emerged as an important tourist destination, when it comes to Europe. Many travellers are exploring its capital city Prague, which is not just rich in history but also steeped in culture.

However, there’s more to the country than just Prague. Take for example the picturesque Cesky Krumlov. The town is a gem for any explorer. Located in the Southern part of the Czech Republic, the South Bohemian town has the review Vltava snaking through it. Its name originated from the German term ‘krumme aue’, which means ‘crooked meadow. Over the years, it gradually evolved to Krumlov, and the adjective Cesky (Czech) was added to it. 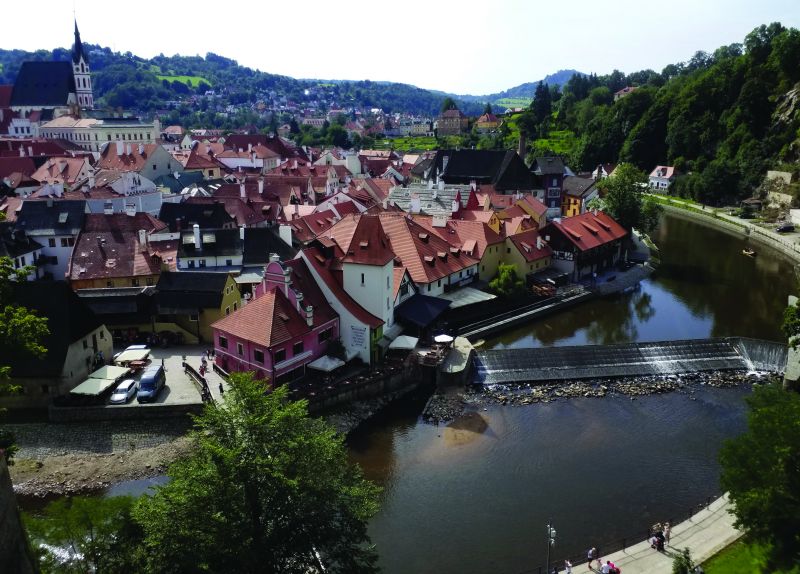 The Vltava river snaking through the town

One would be surprised to learn that Cesky Krumlov is home to merely 14,000 inhabitants. However, in recent times, the town has welcomed over 20 lakh tourists a year, and that’s no mean feat! So, what attracts tourists to this quaint town, you ask?

In 1992, Cesky Krumlov was added to the UNESCO World Heritage list, for one. It houses a beautiful 13th century castle, created in the Gothic Renaissance style, with important baroque elements. It also happens to be the second largest in the county, followed by the one in Prague.

Located at an elevation, amidst a 32-acre garden, the castle by itself is a wonderful place to spend a last morning, discovering its many palatial rooms, which retain the grandeur of the days gone by. Or, you could choose to observe the unique treasures in the Castle Museum, followed by a walk in the scenic gardens of the castle. However, to actually soak in the beauty of the place, one must gaze at the breathtaking panoramic view of the old town and the river flowing by silently. 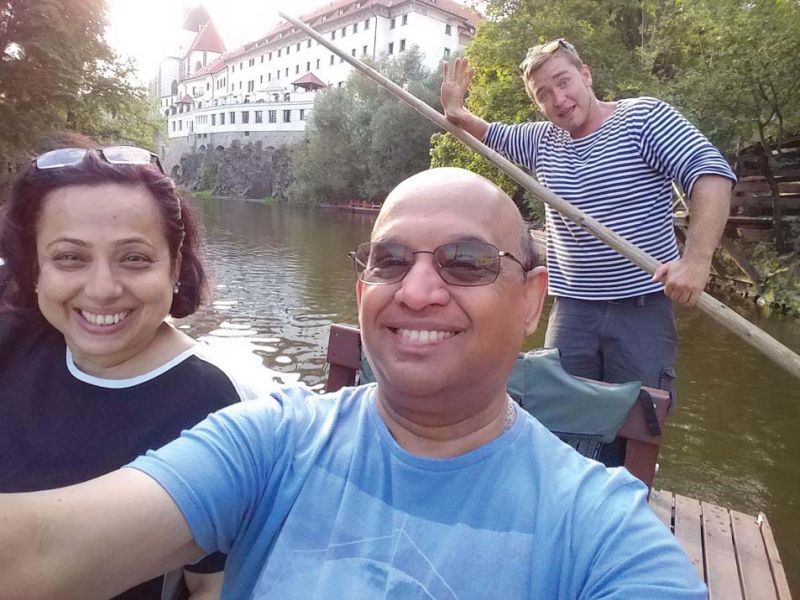 Sandeep and Shailaja on the boat cruise with an enthusiastic oarsman and guide.

Going around the town requires no transportation, and all the important places can be covered on foot.

Quite like in most European cities, the centre of Cesky Krumlov too is a town square. All lanes — ulice in Czech — ultimately lead to this town square. It’s easy to find cafés, small restaurants, bars and even small shops in every ulice. All eateries invite you to sample local food too. As vegetarians, we were quite delighted to find a nice restaurant called Laibon, whose owner David was delighted to see us, given few Indian tourists visit there. He spoke to us at length, and recalled having visited India several times. All our meals at the restaurant were accompanied by long and animated conversations.

The cafés and bars are open through the day, and late into the night too. The locals here are quite proud of their beer, and market it with great enthusiasm and gusto. One shouldn’t miss having the special dessert called trdelník, a sweet and hollow pastry. It can be filled with ice cream, chocolate or vanilla paste. Strolling around and experiencing local music by amateur artistes sitting around is a great idea too. 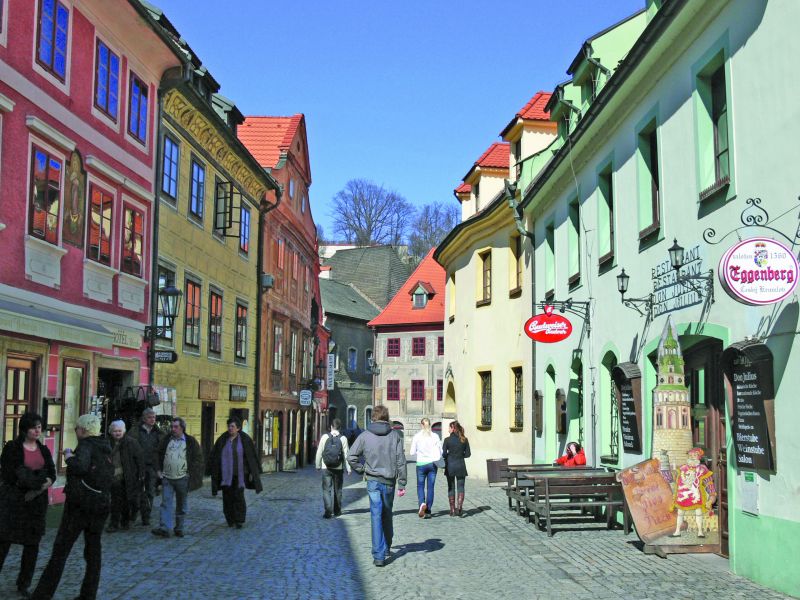 An ulice in Cesky Krumlov

Besides going around the castle, walking the cobbled ulice, and visiting museums and historical spots, a must-do is to take a boat ride over the Vltava River. The boat ride enables you to get a wonderful view of the hidden niches of the town. The ride lasts over an hour, but the time spent is worth it, since it takes you past different parts of town. Cesky Krumlov was hit by a devastating flash flood in August 22, and all the buildings there have a mark to indicate the levels of water reached, and can be seen.

There are a few upmarket hotels in town, but most prefer what in Europe is called Pension — a guesthouse or a boarding house. Families often rent out spare rooms in their homes for travellers, serving breakfasts too, despite the multitude of restaurants around. We stayed on one of the oldest Pensions, on the bank of the river, and learnt that it was totally destroyed in the floods of 2002, and was subsequently rebuilt. 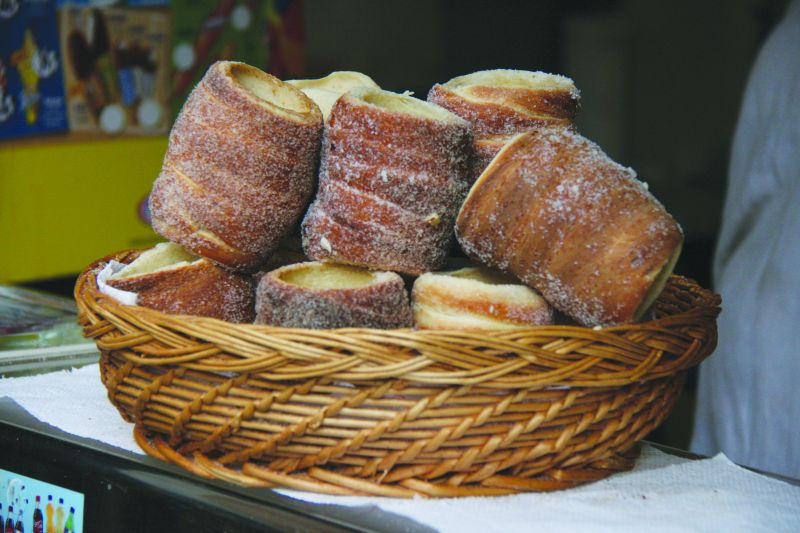 Getting from Prague to Cesky Krumlovand back is easy by bus, and takes about three hours. There are regular bus services from Prague, and one could hire a private taxi too, to bring the journey time down. There’s also a train one could take, but be warned, a change of trains is required enroute, taking closer to four hours. Understandably, in the summer months, bike enthusiasts prefer using the biking paths to Cesky Krumlov from Prague. 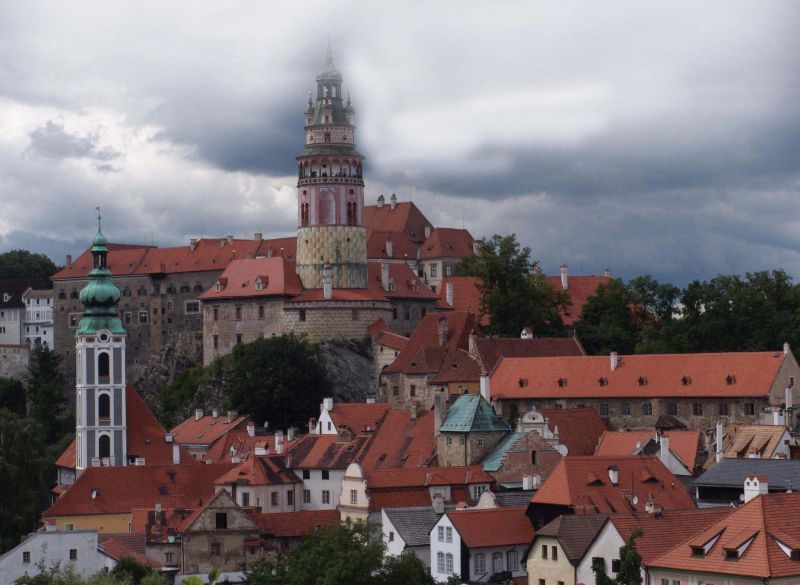 To spend a day or two at Cesky Krumlov is to soak in a sense of history, meet wonderful people and explore a quaint European town.

(Bengaluru-based Dr Shailaja Shastri and Dr Sandeep Shastri are avid travellers. Shailaja is a psychologist, and founder director of training and research initiatives, while Sandeep is the pro vice chancellor at Jain University)