Age on Sunday   01 Jul 2018  I don’t have too many attachments, says Ranbir Kapoor
Age on Sunday

I don’t have too many attachments, says Ranbir Kapoor

In an exclusive chat, Ranbir speaks about his failures, stardom, his father Rishi Kapoor and Alia Bhatt. 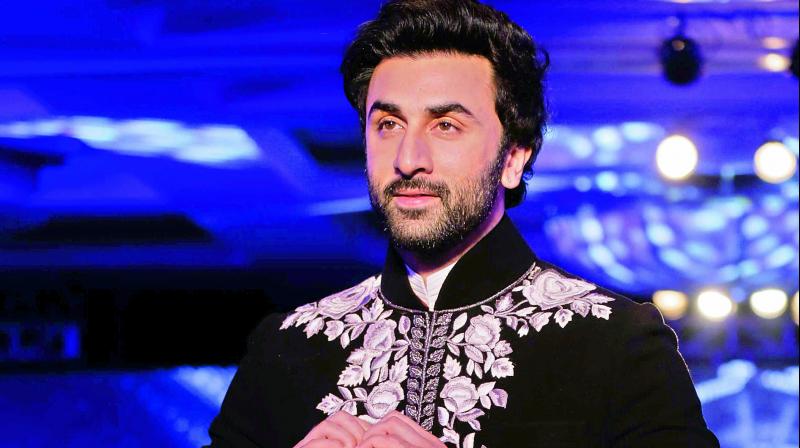 A privileged star kid, Ranbir Kapoor made his debut in 2007 with Saawariya giving the film fraternity its new chocolate boy. And since then there has been no looking back for the actor. In a career spanning 11 years, Ranbir has emerged as a threat to other actors, as he shows no sign of slowing down. And in this journey in the showbiz, he has tasted his own share of failures, which only helped him to get stronger and better. In an exclusive chat, he speaks about his failures, stardom, his father Rishi Kapoor and Alia Bhatt…

You lived Sanjay Dutt’s life on screen. Did you ever judge him for what he has done in his life and achieved?
I have never judged Sanju. I have always given him a lot of respect for the fact that he has let us portray his life in such an open way. This film is not a propaganda film; it’s not trying to portray him as a God. It has a human side to it and that’s brave. After I understood his life, his mistakes and flaws and how he’s accepted them all, my respect and admiration for the man has grown. He has fallen so many times because of his own mistakes, but he has bounced back and survived in this industry for the last 35 years. That’s not easy. I have just completed 10 years and I am finding it very difficult. But he is constantly reinventing himself.

Being a star do you hold Ego and wait for the directors to approach you for a film? Or do you personally meet the directors you like and Ask for work?
When it comes to a director like Raju sir, I have always wanted to work with him. Before this I had met him during 3 Idiots when he was thinking of casting younger boys. I have always shown a keen interest to work with him, because an actor is as good as a director. I don’t think there is any director better than Hirani in the industry. I don’t have the ego to not ask for work.

After a successful run, your films including Besharam, Bombay Velvet, Jagga Jasoos tanked at the box office. Has the failure affected you?
I have a good support system in the form of family and friends. Because I am born in a filmy family I was always prepared for the highs and lows. I have seen my father, cousins and so many other people going through this. I understand how the nature of this show business is. So you deal with it. Of course, you feel bad, but you have to move on and hope for the best for your next release. This is just an ongoing process. Even if Sanju is a hit, I will have anxiety for my next film. An actor is never at peace with success.

Your father Rishi Kapoor is known for his temperament, on the other hand, you are extremely calm and composed.
I may be diplomatic, but my father is always someone who speaks his mind. Over the years what we have learned from him is his passion towards family and food which has shaped his personality. He has a lot of enthusiasm, he still wants to do good work and that’s inspiring.

Since Sanju primarily deals with The father and son relationship. Tell us about your equation with your father?
My relationship with my father is very formal. Probably the kind of relationship he had with his father. There is a certain distance, fear, and respect. I want to be like him. The father-son dynamic is very complex in our country.

As it is said, stardom is temporary, how attached are you to your stardom and how difficult do you feel it will be to move on?
It’s a manufacturing defect in me that I was born as a very detached person; I don’t have too many attachments especially with the destiny of the film. A lot of people who are very attached, struggle with it, but you are more alive if you are detached. So I am a little detached and it works for my films and me. It works for the profession that I am in, not necessarily for my life.

You haven’t denied the relationship rumours with your Brahmastra co-star Alia Bhatt… how does it feel to be in love again?
Alia is a tremendously talented. She has quite an incredible persona. It’s a lot of fun to work with her and she is very inspiring. If I say anything more it will be misconstrued and I have worked hard for Sanju. I want the film to headline my interviews and not my personal life.