Banker perfects the art of acting

Namita Lal sets out to do the impossible — and succeeds! 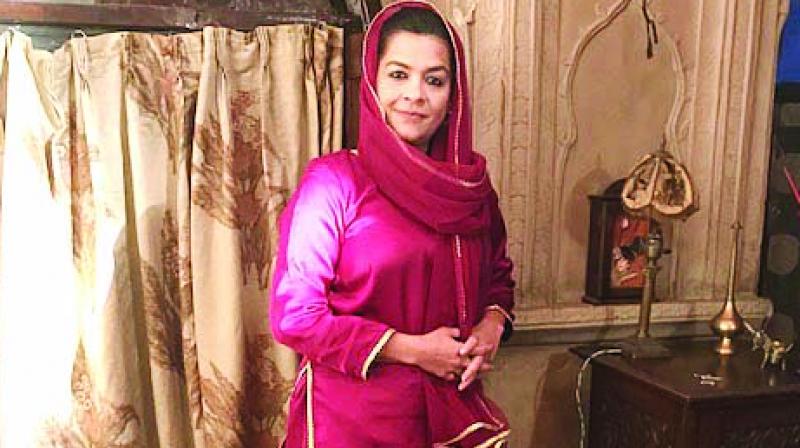 Namita as Rabbo in the play Lihaaf

In daytime she’s a high-flying banker, overseeing her organisation’s many commitments. But come evening and she morphs into a masseuse in a forbidden  relationship with the haveli’s mistress or a devadasi with a strong South Indian accent.

Meet Namita Lal, a late bloomer in her early 50s, whose second career as a theatre and film artiste runs side-by-side with her first as a managing director with Standard Chartered Bank, Singapore, no mean task. How does she straddle the two disparate worlds? Let’s get down to the nitty-gritty straightaway.
Excerpts from an interview with Namita Lal:

Banking and theatre. How on earth did the two merge?
Going back to my student days at Delhi’s St Stephen’s College, I did the lead role in a Hindi play. Shyam Benegal was in the audience. He saw my potential and wanted to cast me in his film. But my father said no, as he felt I should concentrate on my studies. Besides, being a civil servant, he had chosen the IAS route for me. But here I rebelled. After graduating with a history honours, I did my MBA from IRMA in Gujarat. I was lucky to find my first job with Dr Kurien of Amul fame, which was exciting and challenging. Then Standard Chartered beckoned. And I’ve been with them since 1989.

I was happy enough being a mother to my two girls and being posted in countries like London, Thailand and Vietnam before landing up in Singapore. It was here that the world of theatre opened up to me.

And how was that?
2015 was a watershed year for me. I met Sangeeta Nambiar, who offered me a role in a local production, Another Ticket to Bollywood, where I played a 70-year-old cantankerous matriarch of a Bollywood family, which was in English-Punjabi-Hindi. That’s where I developed the itch to do theatre. Sangeeta was extremely considerate and we practised over the weekends, so that my regular work was not disturbed. This was followed by another local production, Dance of the Birds, where I had to cultivate a heavy South Indian accent in English, as I played a devadasi. 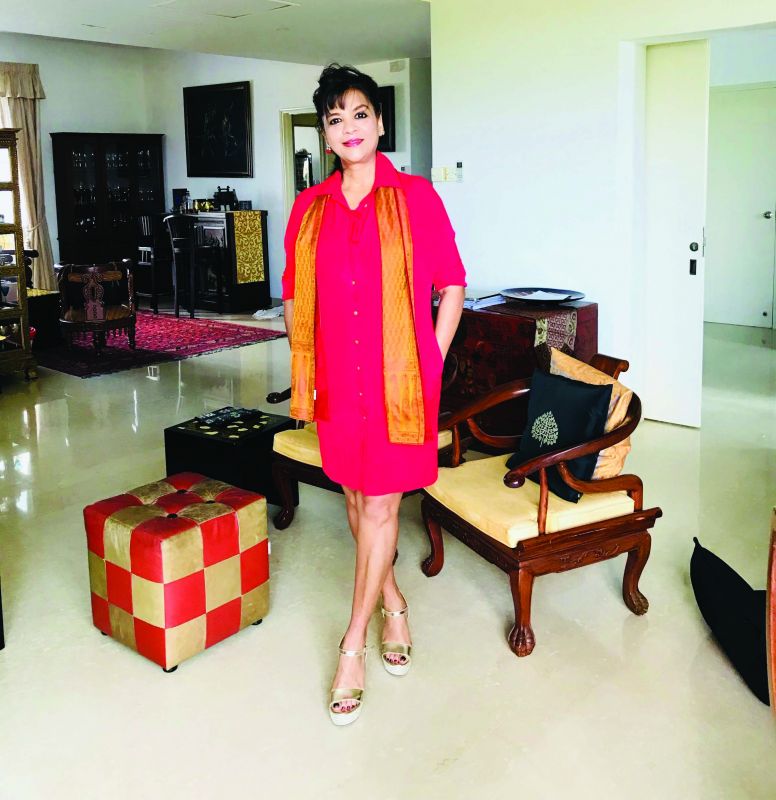 Is it true that your staid British bank is also into theatre in a big way in Singapore?
You won’t believe to what extent the bank has been supportive! My bosses and colleagues never miss a chance to watch me perform. The bank did an in-house production of The Vagina Monologues for the staff, by the staff, and it was thrown open to the public. They’ve even got professionals to come and direct subsequent plays.

Have your two worlds been symbiotic?
You bet! Acting has been a huge stress-buster for me. By getting out of my comfort zone I’ve enjoyed my day job a lot more. And theatre has certainly improved my communication skills.

Lihaaf is the cherry on top, isn’t it?
An unforgettable experience! I’ve been steadily getting bigger and better roles. But to bag Ismat Chughtai’s classic was a dream come true. It was a story ahead of its times where the author had been taken to court on charges of portraying obscenity. Same-sex relationships even today are looked upon with suspicion. Initially, even the Singapore audience’s reaction was one of stunned silence. But now they’ve realised whichever play I act in, it’s bound to be pretty radical.

Then Rahat Kazmi decided to make a film of it and bought the rights of the story from Ismat’s grandson. Actor Viren Saxena and Oscar awar-winning French producer Marc Baschet came on board, so it became pretty international. I’ve played the role of the masseuse Rabbo and also co-produced Lihaaf. The icing on the cake was of course when we showcased it at Cannes by having a full-house poster launch. Now we are headed for film festivals in Venice, Toronto, Lausanne and of course Cannes.

What next? Is relocating to India on the cards?
I’m very involved with all the film fests in Singapore, which has become a hub for the liberal arts. I’ve got two more offers to star in Indie films. I’m creative producer of Nutzaboutme, a media company, where we get together with like-minded women who want to reinvent themselves. I must confess here that I’ve taken a 12-month sabbatical from Standard Chartered. When people ask me if I’ll return to banking, I tell them, ask me after a year! Singapore is a cool place as a base, so I guess I’ll stay put here.