My father is Indian that’s my origin: Katrina Kaif

Katrina Kaif shares her views on being ‘the second choice’ for a film, her chemistry with Salman Khan and her thoughts on nationality. 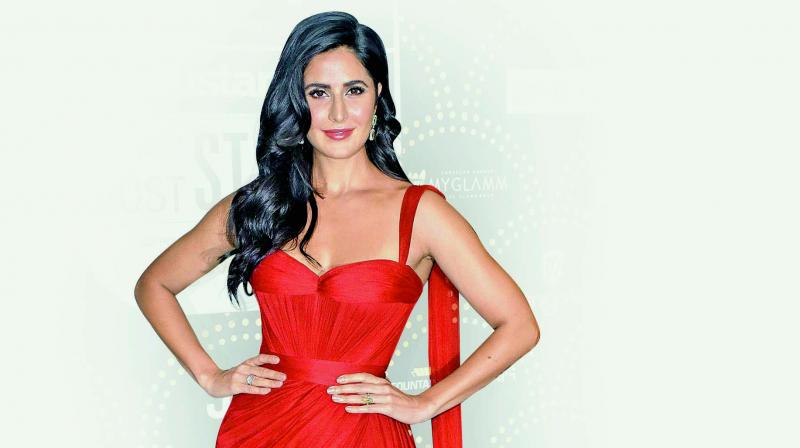 Katrina Kaif has come a long way since her lacklustre Bollywood debut in Boom (2003). Since then, she has gone on to work with the biggest names in the business, has a filmography of commercial hits and foot tapping tracks such as Kala Chashma, Sheila Ki Jawaani, Chikni Chameli, among others. However, 2018 saw both her films, Thugs of Hindostan and Zero, tank at the box office. But Katrina, who has been part of the industry for well over a decade now, isn’t a stranger to the ebb and flow of fame. Head held high, wit and humour intact, she looks forward to her next, Bharat, co-starring Salman Khan.

It is common knowledge (thanks to Salman’s various interviews) that her role was once Priyanka Chopra’s, which the latter stepped away from when she decided to tie the knot with Nick Jonas. Katrina walked in to salvage the film, but we wonder if being the ‘second choice’ for a role bothers her. “I could tell you some films which went as second choices and you will never believe it,” retorts the actress, adding, “but it doesn’t matter. A lot of times, people ask me, ‘but was this film offered to you?’ I don’t answer because it’s irrelevant. It’s your ego that makes you gush about being offered a film first. But who was offered a film first doesn’t matter because, in the end, the film is what is going to matter.”

The actress who has collaborated with Salman for multiple films goes on to talk about her on-screen chemistry with the actor. While she admits that their chemistry is effortless, it does take a lot of effort to keep reinventing time and again. “It is a big responsibility and I am aware of that. Salman too is very conscious. The fondness and love that people have for you can’t be taken for granted. You have to be better with every film. We are very used to each other now, as I have known him for a very long time. But we don’t take anything for granted,” she adds.

This election, as with every election, citizenship was a hot topic and Bollywood celebrities with foreign citizenship saw their patriotism being questioned. Katrina too holds a British passport, while her upcoming film is ironically titled, Bharat. She says, “I am an Indian and my father is Indian. I have an Indian heritage. There are many actresses who hold different passports. One could hold a different passport due to various reasons. But my father is Indian and that is my origin,” and adds, “Although my mother is British, India has always been my home. It has been my home since the time I was 17. This is the country in which I live and work.”

The actress, over the years, has always been accused of only choosing commercial films. But Katrina explains how she has consciously evolved over the years. “Now, I am not a newcomer anymore. To sustain for a long time, you have to evolve. There has to be some change for the audience to feel it. There is no rulebook for acting and staying connected gives me longevity as an actor; it gives me the confidence to try out new things. I didn’t strategise to do big commercial films.”

It is perhaps because of this philosophy that she doesn’t regret being part of a film like Boom.

“It doesn’t matter to me. That’s my journey and I don’t look back and feel bad about anything. I believe you choose what you feel is right for you at that given point of time. Today, I am who I am. There is no analysis behind it. It’s my journey,” and adds, “Today, the person I am is who I choose to be through my heart. It’s really that simple. So, I would rather be doing characters that are meaty, substantial and give me a chance to challenge myself. That’s what I am trying to do.”

Since the actress will be turning 36 this July, and we know how age-obsessed the industry can be, we asked if aging scares her. Katrina, who already has her birthday plans in place, gives us a reply that makes us ponder over the brevity of life. She says, “Not at all, it’s life and you will be a psychopath if you have a problem with life and aging. I’m happy and I take every day as it comes. I think life is a gift that can be taken away from you at any moment. We are not immortals, we don’t know what the future holds but I just appreciate every moment.”

Along with enjoying a new year, the actress will take her first steps along a new career path as well, that of being a producer. Talking about venturing into production, Katrina says, “I think I have a fair understanding by now (about films). But when I say I’m getting into production, it’s more to do with the fact that I want to put my name to a subject which is right for me. A few discussions are happening and I will have a partner soon.”

In the last few months, the actress has upped her Instagram game. But Katrina reveals that it took time for her to warm up to the platform. “I was really against it and I don’t know why it took so long for me to join. Sometimes, I lack foresight. For me, the deciding factor of joining social media was a phase when I was reading everything about myself and it was not a correct representation of me,” she shares, and adds, “I used to feel helpless. Then I wondered, ‘why is it more so with me than other people?’ Then I realised that was because everyone else had a platform through which they could speak. It is just a message that you are putting out so it is quite nice.”