2016 Fear vs Hope: India still struggles with its China plan

The world’s most populous country is looking to increase its share of the planet’s resources and political influence. 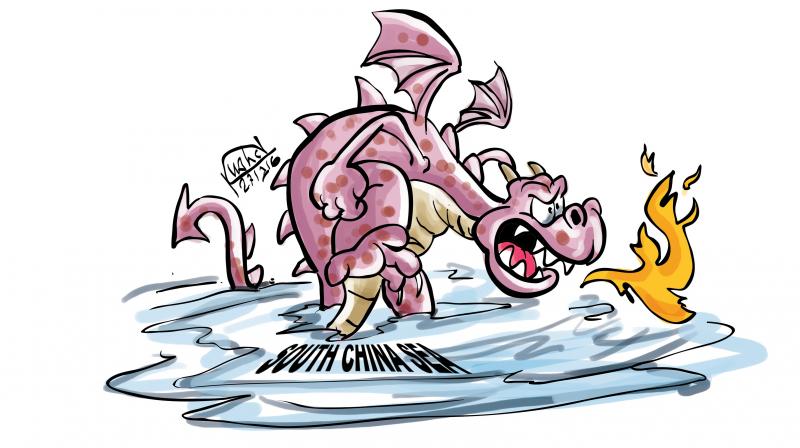 Hitching a ride with America can only go so far in dealing with China and might actually make Delhi’s position a whole lot worse should Beijing respond to an India-US strategic alliance with an even harder swing towards Pakistan.

China’s rise is a fact. But what it will seek to do with its changing global position remains a subject of debate. Chinese behavior in recent years offers some clues. Xi Jinping’s regime has sought to focus on three basic goals.

First, Xi’s ascent in 2012 has seen the Communist Party of China narrow factional differences to strengthen the Party’s command and control. The preceding decade of massive industrialization was accompanied by a weakening of the Party’s hold on power  as patronage networks and systemic corruption mushroomed across the political economy. Xi’s seemingly unchallenged status at the apex is probably more an outcome of elite consensus that short of a drastic political re-centralisation, China was poised for fragmentation and social turmoil. Keeping China united and stable under the Party’s leadership has been the raison d’être for Mao Zedong and his successors. For Xi, this too takes precedence above everything else.

Second, China has sought to expand its security perimeter. By a combination of controlled coercion and sophisticated naval activity, Beijing has sought to persuade Washington to restrain its military activities around China’s eastern seaboard. For the most part, this strategy of changing the status quo has not been unprofitable. Many of China’s neighbors have become increasingly wary of getting caught in a Sino-American crossfire. Philippines, of course, is the most dramatic example of a defection from the Obama pivot, with Rodrigo Duterte proclaiming his country’s non-aligned foreign policy in Beijing two months ago.  Third, the Chinese have sought to leverage their financial, manufacturing and trading capacity to engage in what can be described as the second wave of order-building in the global economy since the 1940s. The 2008 crisis showed the limits of America’s ability to govern an open economic order. As the ultimate beneficiary of global interdependence in recent decades, China has assumed the role of supporting the structure that precipitated its own emergence as an economic behemoth. 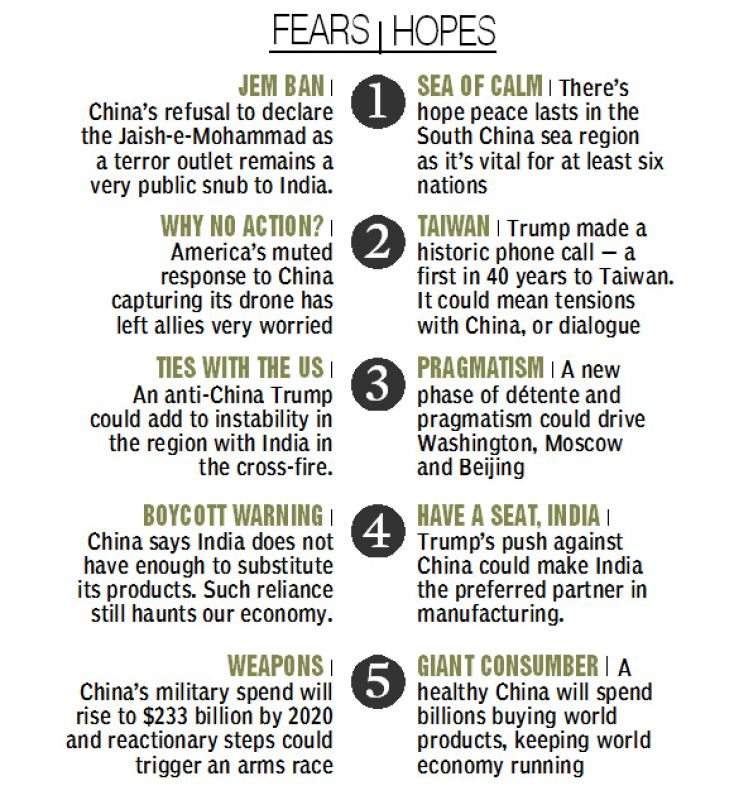 It’s clear that the three goals shaping Chinese action are a mix of the orthodox — regime survival, without which there can be no domestic order and, shaping a favorable regional geopolitics – and complex order-building at global level to preserve the basic conditions for an open global economy.

If China’s changing statecraft presents mixed signals it is because its leaders are straddling multiple roles and evaluating choices. Geopolitically, the Chinese appear less certain of what they want. The CCP heads simultaneously recognise their own limits to handle Asian, let alone, world politics.

But the power play will also be shaped by what others choose to do. Trump’s victory indicates the end of proxy conflicts with a resurgent Russia and the formulation of a recipe for China’s geopolitical pushback in the Western Pacific without destroying the economics between American and Chinese capital that continues to provide bilateral and systemic benefits to the US.

However, India has struggled to formulate an intelligent strategy to deal with China’s rise. Hitching a ride with America can only go so far in dealing with China. It does little to advance Indian interests in the immediate neighbourhood and might actually make Delhi’s position a whole lot worse should Beijing respond to an India-US strategic alliance with an even harder swing towards Pakistan. Strategies to balance Chinese power that are unable to blunt or deflect the counter-balancing repercussions aren’t worth the paper they are written on.

The year 2017 could witness a new phase of détente and reset among the great powers with transactional diplomacy and pragmatism driving strategic choices in Washington, Moscow and Beijing.

For Delhi, this opens alternative possibilities for exploring a fresh approach towards China, one that is tailored to changing international conditions and exploring the possibility of establishing a new framework: one that leverages China’s economic strengths and partners the rising power in order-building while stabilising the heightened competition surrounding India China relations.