Shailesh Gandhi
The author is former Central Information Commissioner and relentless campaigner for transparency in governance. He runs the website satyamevajayate.info

The other reasons mentioned by the government in getting the amendment passed in the two Houses in less than 10 days all lack any real basis. 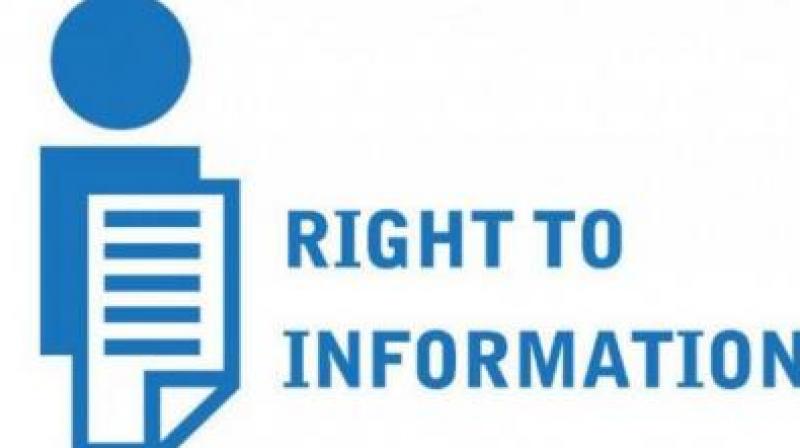 These are covered by Section 8 and 9 of the RTI Act and no other information can be denied to the ruled, nor can any reasons have to be given for seeking information. (Photo: File)

The NDA looks serious about its legislative business: almost a dozen bills were presented and passed in Parliament in the current sitting; and many of them have important consequences. Critics see an agenda to weaken institutions.

When I was in school I learnt that ‘democracy is rule of the people, by the people, for the people.’ Across the length and breadth of the country I have asked people whether they get a modicum of respect in most government offices. The answer is that most times they feel frustrated, humiliated and angry. They do not perceive that they rule the nation. In most cases governments do not perceive that the citizen has a right as a ruler of the country and they have to be accountable to them. Article 19 (1)(a) of the Constitution gives us the fundamental right to freedom of speech and expression.

Embedded in this are our freedom to speak, vote, and publish information. Since the citizen is the ruler of the government everything belongs to her. All the information also belongs to her and the default mode must be that she should be able to access it freely. The only restriction on this right must be in line with the reasonable restrictions permitted under Article 19 (2) which may be in the ‘interests of the sovereignty and integrity of India, the security of the State, friendly relations with foreign States, public order, decency or morality or in relation to contempt of court, defamation or incitement to an offence.’

These are covered by Section 8 and 9 of the RTI Act and no other information can be denied to the ruled, nor can any reasons have to be given for seeking information.

Unfortunately, most people in government do not internalise this fundamental principle and are irritated when citizens seek information that may show their flaws, reveal graft or embarrass them.

The UPA government which brought the RTI Act started feeling uncomfortable with its implementation when they realised the power which was getting transferred to citizens and brought forward a series of amendments to RTI in 2006 which would have finished the right. People protested and the government did not pursue this. Two more attempts were made but given up when citizens opposed them. Last year the NDA government planned to amend the law, but stopped short when they realised citizens are unhappy. After getting a better majority in the last election, it has now decided to amend the law in a very brazen manner. When government officials deny information, without the sanction of the law, citizens can approach the Information Commission which is the final appellate authority. Sometimes the Information Commissions order release of information which would uncover corruption or embarrass the government. The first draft of the RTI Act was presented to Parliament in December 2004 and had proposed the creation of In
formation Commissions as final adjudicators to safeguard the citizen’s Right To Information. It envisioned that the Chief Commissioner be equated to Secretary to Government and other Commissioners be equated with Joint Secretaries.

This Bill was sent to the Parliamentary Committee which discussed it extensively in six meetings. With respect to the terms of offices and powers and functions of Commissioners it proposed that “This is the essence of the Bill in the sense that the mechanism of access to information will depend on effectiveness of this system. It should therefore be ensured that the Commission and its functionaries perform their duties independently and with complete autonomy. For this, it is necessary to elevate their status to that of the Election Commission of India.”

Thus the issue of status and salaries of the Information Commissioners was discussed extensively by the Parliamentary Committee which had six members from the BJP including our present President Shri Ram Nath Kovind. This Committee had realised that the government was likely to exercise control over the commissioners and therefore pitched for a high status so that their independence could not be affected. The tenure was also fixed at five years. This is the precise provision which the amendment Bill is targeting. No rational explanation has been offered for this amendment to what was originally a recommendation of a Parliamentary Committee. The only reason stated in the Statement of Reasons is that the Election Commission is a constitutional body while the Information Commission is a statutory body. Hence they cannot be equated! Constitutional positions are those which were envisaged and mentioned in the Constitution and statutory bodies are those which have been created by statute made by Parliament. The argument is facetious. NHRC, NGT and many such tribunals are not bodies envisaged in the Constitution but their heads are given the same status as the Central Election Commi-ssioners.

The other reasons mentioned by the government in getting the amendment passed in the two Houses in less than 10 days all lack any real basis.

The government should at least have engaged in widespread consultation with citizens to explain its reasons for bringing these changes, which negate the provision in the law which the BJP proposed when it was in Opposition. It appears that like RBI, CBI and other regulatory bodies the government wants only caged parrots which will voice their master’s voice. Citizens could first write to the President requesting him to send the Bill back to Parliament for a reconsideration. If that does not stop this, they must continue to protest and persuade the government to withdraw the amendment. We have one of the best RTI Acts in the world and do not need any amendments. Citizens must defend their fundamental rights.