It’s not the first time that Rahul has visited temples

Well for starters the BJP is a party with a narrow mindset and a narrow world view, says Jitu Patwari. 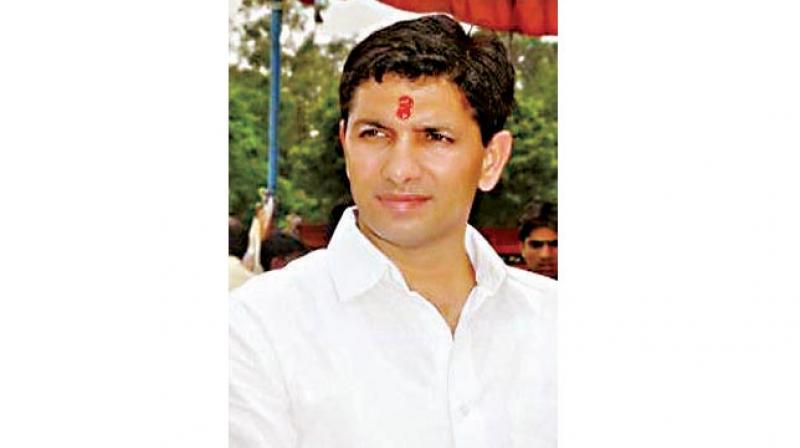 With a surprisingly good showing of 80 seats and limiting the BJP to 99 seats, the Congress, with a little push could have done better, secretary incharge of Gujarat for the Congress, Jitu Patwari tells Ashhar Khan.

How do you see the results in the Gujarat assembly elections for the Congress?
It’s a democratic process playing itself out. After all we have been able to give strong competition to the BJP in its home state. Just a little more push and we would have upset the calculations of the BJP in the state. But yes we gave our best responded to the situation and the result is for all of us to see — the best tally since 1985. Definitely we are doing something good that’s why our numbers increased. The voices of farmers, unemployed, women, marginalized and fishermen will be raised by the Congress and its newly elected MLAs.

Do you think that the level of discourse went down during the Gujarat election campaign?
Well for starters the BJP is a party with a narrow mindset and a narrow world view.  For just a few votes the Prime Minister dragged the former Prime Minister and the former Chief of Army Staff into controversy. Before the election during campaign the BJP was only talking about Aurangzeb, Khilji, Pakistan and other divisive issues. After the results, they changed track and now are saying that the people voted for them because they do good work in the state. Our Congress President has made it clear to the entire party that whatever may be the provocation, decencies of debate should always be observed. So the difference was there, for all to see.

Several allegations have been made regarding EVMs? What is your take on this?
For democracies to work, trust is the basic ingredient. Ceasar’s wife should be above suspicion. So if there are doubts that have been created against the EVMs then the Election Commission should take necessary action. All political parties including BJP said that there is an issue with the EVMs. During polling, there were rumours that the machines were sending Bluetooth signals. Voters said that they are pressing the Congress button but nothing is happening. Now these are very serious issues that need to addressed at the earliest.

Do you think the Congress could have done better in Gujarat?
First let's put some facts on record before we move ahead. In 15 districts out of 33 districts in Gujarat, the BJP lost badly. In seven districts they did not get even a single seat. In eight districts, it could manage about one seat. In the hometown of the Prime Minister Narendra Modi, the Unjha assembly segment, the BJP lost by 19,000 votes. The much touted Modi magic is on the decline like its seats in the Gujarat assembly election. The party that was claiming to get 150 or more seats has now been restricted to a double digit figure. The Congress fought like a cohesive unit and fought for the people of Gujarat. The love and affection that was showered on the Congress is unparalleled. We will always be there for the people of Gujarat. The BJP stooped to conquer.

What will the party introspect during a meeting of the state Congress that will be attended by the Congress President?
We will look at places where  we have lost or not performed as per our expectations. But the question remains. What has the BJP given to Gujarat in the last twenty two years when it was in power in the state. We spoke about youth not getting jobs, loan waiver to farmers, houses for poor, safety of women, fair minimum support price to farmers, fighting malnutrition. These were issues that the Congress  raised in the election. The Lok Sabha elections are just one and a half years away. In the last parliament election the BJP won all the Lok Sabha seats, but this time it is going to be different. The BJP will receive a  major shock.

What about the sudden soft Hindutva, the Congress has discovered with the Congress President visiting temples?
Is visiting temples bad? Is it the first time that Rahulji has visited temples? Does Rahul ji have to take permission from the BJP to visit temples? These are my three questions to the BJP and they need to answer. It’s nothing like soft Hindutva, Rahulji has his own beliefs there is nothing wrong with that. We have history of taking everyone along. We will continue to take everyone along.