Restraint amid hurdles and anticipation of fresh challenge

Security agencies have shown considerable restraint as not a single casualty was reported from trouble-hit region. 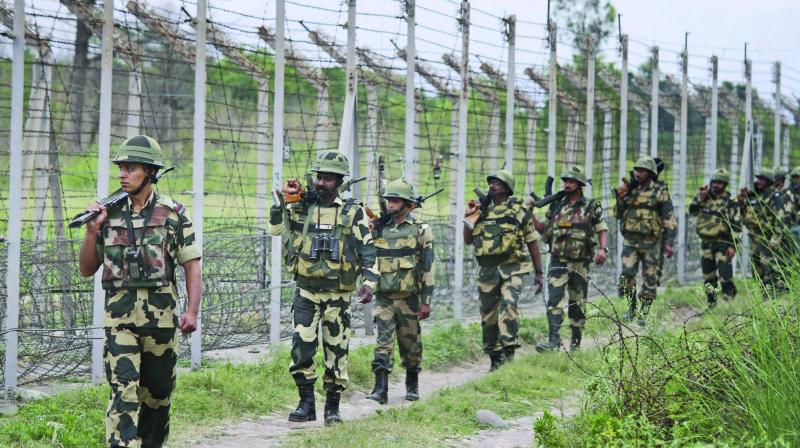 The recent decision of the Narendra Modi government at the Centre to read down Article 370 of the Indian Constitution and bifurcate Jammu and Kashmir state has led to unprecedented security deployment in the Valley, and along International Border and Line of Control, something that has never before been witnessed in the almost three decades of militancy in the region.

Yet, despite being under tremendous pressure, security agencies have shown considerable restraint as not a single casualty has been reported from the trouble-hit region. As home minister Amit Shah said at an event earlier this week, “Not a single bullet has been fired in the Valley and security forces need to be complimented for it.”

Still, despite unprecedented restrictions and deployment, security officials admitted that major challenges remain. And these challenges are not limited to just the Kashmir Valley.

Two developments have been noticed ever since the decision on J&K was first made public. First, there have been major violations of ceasefire by Pakistani troops, primarily along the International Border. Second, there has been a sharp increase in the number of infiltration attempts by terrorists. Most terror launchpads along the LoC are packed with militants waiting for an opportunity to cross over.

For operational purposes, J&K has been divided into three sectors — Kashmir Valley, LoC and International Border. Though the Army is the main co-ordinating agency for managing security across all three, it is working in close co-ordination with the CRPF, BSF and other central paramilitary forces to manage the situation.

“We are fully geared up to deal with any eventuality along the border with Pakistan and have taken adequate measures. All ceasefire violations are being given a befitting response. But the main concern is the Valley, especially once restrictions are lifted. The real challenge would begin after the lockdown is removed,” a senior security official said.

It is precisely for this reason that neither the home ministry nor the J&K administration is in any hurry to ease restrictions, particularly on the use of the Internet and cell-phones. But this has its flip side as well. Security agencies which depend heavily on technical surveillance are unable to carry out major anti-terror operations. In view of these restrictions, most terror operatives in the Valley, too, have disappeared from the radar.

Security forces have remained tightlipped about the troop deployment in J&K, but sources claimed that close to 10 lakh troops from multiple security forces are on high alert along the border, LoC and the Kashmir Valley. The real challenge would, however, begin once the restrictions are lifted.