China has been rapidly expanding its maritime capability beyond its immediate neighbourhood to project power into the Indian Ocean. 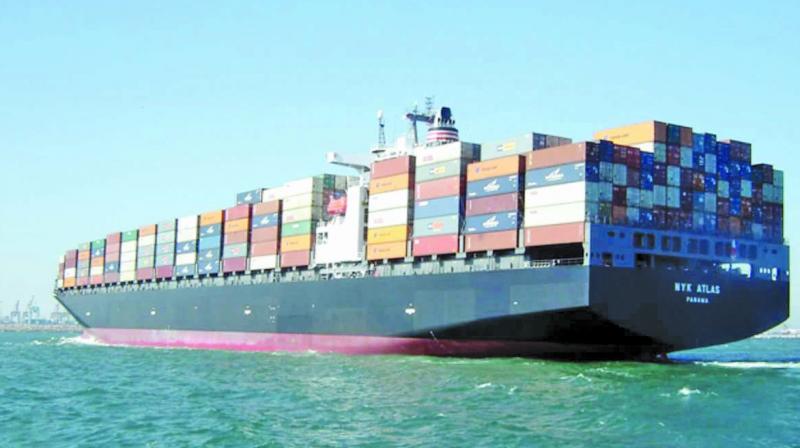 The Indian Ocean is gaining recognition as the key to peace in the Asian Century.

The Indian Ocean’s vital role for commercial relations, peace, and prosperity for our region has assumed a renewed importance in recent years with the escalation in competition between two dyads of states: India-China and China-US.

For too long the Indian Ocean has been an afterthought in geopolitics as other theatres presented more clear danger to the strategic interests of the great powers. Over the last two decades, the Indian Ocean is gaining recognition as the key to peace in the Asian Century — over 60 per cent of the world’s oil trade follows through the Indian Ocean and it hosts some of the most populous countries on the planet. To be sure, there has been more talk than action — the vastness of the region, the fragmented nature of state interests, and limitations of capability are all inhibiting factors for drastic change.

Recent actions by the US and China may be altering that status quo. China has been rapidly expanding its maritime capability beyond its immediate neighbourhood to project power into the Indian Ocean. It has opened or is planning to open bases in Djibouti, Gwadar (Pakistan), Hambantota (Sri Lanka), Chittagong (Bangladesh), and Tanzania.

Clearly, China’s plans must incorporate military power beyond the building of naval bases in the guise of “logistics” or “commercial” facilities — any naval force has to be supported by substantial air force assets. In addition, China’s undersea capabilities are vastly inferior to that of the US currently — these would need to be enhanced substantially before engaging in a conflict in the Indian Ocean. China’s increasing militarisation of the Indian Ocean is no accident; its trade interests and energy security needs are dependent on sea lines being open.

In turn, India has sought to bolster its position in the Indian Ocean securing footholds in Duqm (Oman), Seychelles, Singapore, Chabahar (Iran), Madagascar, Mald-ives, and Myanmar.

And the dominant superpower, the US, has bases in Diego Garcia and Bahrain, in addition to significant military assets in the Middle East more broadly. In recent years, the US has grown wary of China’s escalation in the Indian Ocean. For instance, the 2017 National Security Strategy notes, “China is using economic inducements and penalties, influence operations, and implied military threats to persuade other states to heed its political and security agenda.” Despite the talk, US involvement in the Indian Ocean does not live up to its billing — it appears content to ally with India rather than investing in building infrastructure of its own to rival China.

Saudi Arabia, the UAE, Pakistan, and Iran are also engaged in militarising the Indian Ocean — escalating the threat of conflict and increasing the vulnerability of smaller countries. These international rivalries are also complicating domestic politics in some countries as political actors are used as pawns to advance geopolitical interests. Maldives is a recent example. Amidst these developments, it must be recognised that the interests of the US and China in the Indian Ocean are not intrinsic — it is largely instrumental. Both see the Indian Ocean as a vital line of communication necessary to advance economic and strategic interests.

However, Indian Ocean states do not have to be limited to the prism of instrumentality. They share links that go back over two thousand years. Archaeological evidence, for instance, shows commercial links between Sri Lanka and India — discoveries show trade between kingdoms on the Coromandel coast and Anuradhapura. There is evidence of trade connecting India with the Arabs and the Romans.

It is noteworthy that ancient traders could connect Palmyra, Muziris, and other distant locales divided by language, culture, and religion by overcoming crippling communications and transport challenges. Their ingenuity has not been transferred down the centuries — for instance, India’s modern trade with Indian Ocean states is trivial relative to the opportunity.

Recall that these ancient traders did not have the rule of law. They had to rely on customs, overcome problems of translation, and more fundamentally trust their counterparts. They must have evolved shared norms for cooperation. Unlike the western lex mercatoria, we know little about these norms that connected Indian Ocean peoples.

Today, we don’t have to rely on customs or on the goodwill of hosts to build better commercial relationships. We have a rules-based order — but it still needs work. In Shakespeare’s Pericles, Prince of Tyre, Act 2, Scene 1, three fishermen are having a discussion, and Fisherman 3 says, “Master, I marvel how the fishes live in the sea.” The First Fisherman replies, “Why, as men do a-land; the great ones eat up the little ones: I can compare our rich misers to nothing so fitly as to a whale; a’ plays and tumbles, driving the poor fry before him, and at last devours the-m all at a mouthful: such whales have I heard on o’ the land, who never leave gaping till they’ve swallowed the whole parish, church, steeple, bells, and all.”

These words could apply equally to modern Indian Ocean affairs. Rules are necessary to ensure that the “great ones” don’t ju-st “eat up the little ones.” The rules are necessary to ensure freedom of navigation because without it there is no trade or energy security. Sri Lanka PM Ranil Wickremesinghe must be commended for his initiative in seeking to develop a code of conduct for the Indian Ocean.

To conclude, if present trends continue, the militarisation of the Indian Ocean will only increase. China’s escalation will prompt responses from the US and India. And China’s significant deficits relative to the US will mean that it will have to continue to invest substantially both to protect its new investments and to attain parity. Given its significant asymmetry relative to both China and the US, India’s posture can only be to put China’s assets at risk in the event of conflict rather than attaining dominance. Its most pragmatic strategy would be to dump anachronistic colonial hangover policies and embrace democratic states such as the US and Australia as closer security partners. Coevally, India’s foreign policy doctrine must evolve to better relationships with democratic states by shedding baggage and mimicking China’s commercial approach. India can help build democratic institutions, and enhance educational, cultural, and sporting capabilities. These ties are more efficient and endure longer than belts and roads.