Kashmir: A test for Muslim brethren all over

Notwithstanding, reports from various parts suggest that a majority of common Indian Muslims feel concerned and has sought to reach out. 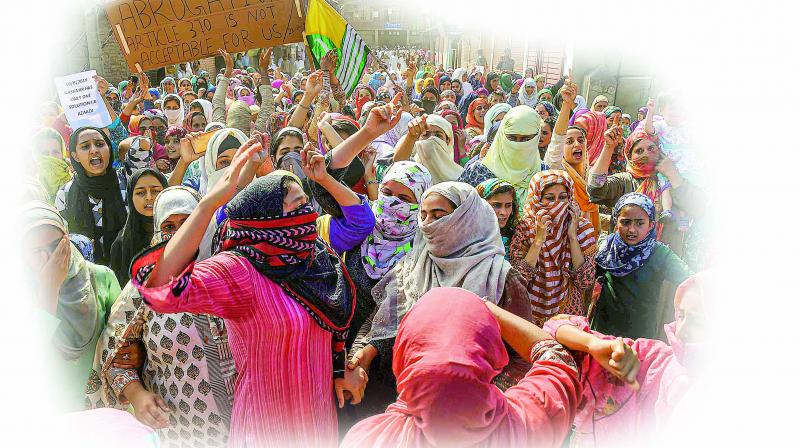 Kashmiri Muslims have been equally unhappy over the Indian Muslim leadership’s “lackadaisical attitude” and failure to empathize with them.

Prophet Muhammad in his last sermon (Khutbah) delivered on the ninth of Dhul Hijjah (12th and last month of the Islamic year) in the Uranah Valley of Mount Arafat said, “Learn that every Muslim is a brother to every Muslim and that the Muslims constitute one brotherhood”. He is quoted in a hadith (saying) that “If a Muslim is hurt in the east, his co-religionist living in the west should feel the pain of it.”

Kashmiri Muslims bemoan the Islamic world failing to live up to this teaching and remaining essentially indifferent. Prominent Islamic countries have even twisted matters around to serve their national interests rather than acknowledge Kashmir’s ‘reality’. For instance, the common belief in the Valley is that the Organisation of Islamic Cooperation (OIC) is a ‘toothless tiger’.

Kashmiri Muslims have been equally unhappy over the Indian Muslim leadership’s “lackadaisical attitude” and failure to empathize with them. Kashmiris often complain that Indian Muslims have generally turned a blind eye to their suffering. Earlier this month, a Sufi delegation from Ajmer visited Hazratbal Dargah. It was heckled by an angry crowd, accused of being ‘stooges’ of the government, and scolded for ‘adding salt to their injuries’. They were forced to beat a retreat.

Kashmiri Muslims acknowledge the constraints on Indian Muslim leaders and that in the current political environs the latter have to watch their statements and actions, particularly on Kashmir. They can’t afford to go against the tide. They also realize that Indian Muslims are as responsible Indians as any other and, therefore, should not be expected to deviate from the national position on Kashmir.

Notwithstanding, reports from various parts suggest that a majority of common Indian Muslims feel concerned and has sought to reach out. Kashmiri traders and students corroborate the ‘change of heart’ among ordinary Indian Muslims. I too had firsthand experience of this.

During a recent visit to Delhi, I was told that the local mosque’s Imam unfailingly prays for the wellbeing of Kashmiri Muslims at Friday congregations. I decided to offer Friday namaz at the mosque. After his sermon, the cleric expressively prayed for the restoration of peace in Kashmir and safety of its people.

He repeated the dua after namaz. After prayers, several locals told me they were worried. “Our heart goes out to you,” Muhammad Mohsin said. “The happenings unfolding in Kashmir trouble us. We’re worried about you. May Allah be with you.”