A strong anti-government sentiment is building up with increasing distrust and growing dislike of the Prime Minister. 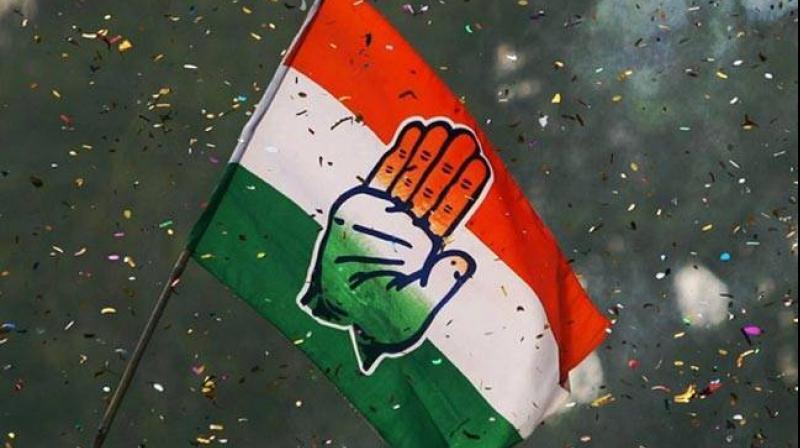 The Congress as an organisation is always in an election mode in some measure. (Photo: PTI)

The question whether Congress is prepared for a snap national election is not really that relevant as it assumes that the party somehow plans and works like a biological animal, whose age-wise growth must correspond to her abilities to understand and do mental and physical actions. The Congress as an organisation is always in an election mode in some measure. Actually, the party machinery is much more election-oriented than most other parties.

The real questions that would answer whether there is a kind of real preparedness for a snap national election are: 1) Are there enough issues that put the incumbent government on the map, and is there a return of goodwill for the Congress?; 2) Is the party cadre and leadership able to rise to come together, fight ideologically, with a grasp of the debates on the streets, and have quality leadership that attracts voters?; 3) Most crucially, is the party ready resource-wise?

Are there issues today that the incumbent government is uncomfortable with? The answer to this itself shall take the permitted length of this entire article. Failures in employment and economy, price-rise, petroleum rates, complete failure of the Kashmir and Pakistan policy, disaster after disaster in the local rural economy, the farmer and agriculture being one example, huge numbers struggling with unemployment and lack of sustainable livelihoods, selling off of national resources, national investment policies and credit, land and rights mechanisms to corporate interests, shattering fabric of peace and harmony — need I continue. But for the orchestrated and purchased commentary and scripts of the TV and print media, led by communal, right wing, and purchased owners, editors and anchors, BJP’s elected representatives would have found it impossible to walk the streets of India today. So for the Congress, there is no dearth of issues. A strong anti-government sentiment is building up with increasing distrust and growing dislike of the Prime Minister. Just listen to voices in our villages and mohallas.

Next is the issue of party and its organisational strength. Not being a party of communally indoctrinated and propaganda-based cadres, Congress never looks or behaves like the machineries of the BJP or the RSS or the various vahinis and senas. Yet it is able to work, and agitate and resonate with people. Even in the circumstances of today, the Congress workers, and local leaders are holding their own, and giving the ruling formation a run for its money. The desperation of the Prime Minister is evident in constantly changing topics, refusal to engage in assessment of his government’s performance, and his reliance on traditional and social media, laced with half-truths, untruths and loud speak. Clearly he is panicking.

The third question is where Congress is at its weakest. Resources, and the institutional environment that keeps democracy alive, free and fair — the bureaucracy and the government that manages and controls the interface between policy and people and manages the elections; the press and media, which is supposed to report fairly, and independently; and, the raw resources of finance and logistics. The bureaucracy, especially the regulatory arms and the deep state — income tax, revenue, ED, CBI, police etc., have mostly turned into branches of the ruling party, targeting Opposition leaders and party institutions through an illegal and unconstitutional onslaught. How bureaucrats (especially from police, income tax etc.) who have sworn allegiance to the Constitution and to protect, preserve and implement the law, have turned so horrifically morally corrupt, is itself a great case study. These arms of the state are working overtime to weaken the Congress. Then the great print and television media — we would be ranking perhaps amongst the worst nations in terms of an independent and honest media. Cut out some exceptions, a vast majority bring discredit and disrepute to this profession today, and act as paid stooges of the Prime Minister and the Sangh Parivar. This entire edifice acting much more as the propaganda machinery of the BJP will be one of the greatest challenges for the Congress.

Last, the question of resources to fight elections and keep party units running. While the well-constructed image of the Congress as a party with vast resources, an image interestingly built in equal and embraced partnership of the Sangh Parivar and the so-called liberal intelligentsia, the civil society, Left liberals, and the media, may make most believe that this constraint is just a Congress propaganda. In fact, this will be the weakest part of the ‘preparedness’. The Prime Minister and his morally superior party have such vast resources at their command, that the Congress and the entire Opposition will have its toughest battle in countering this.

Yet, once the issues related to pain and disregard of the common people, the daily tragedy of the lives of those being marginalised by the cannibalistic march of national and international corporate juggernauts on our resources and people’s livelihoods, with the government acting as their agents, and the fires arising from the violent issues in our communal, social, and economic balance, the shameless rise in inequality, and the rise of the police state etc., come together, I believe all constraints of resources get overthrown by the tide of popular disaffection.