From the killing fields of Purulia

The Trinamool Congress supporters however blamed the criminal gangs crossing over to the district from Jharkhand for the murder. 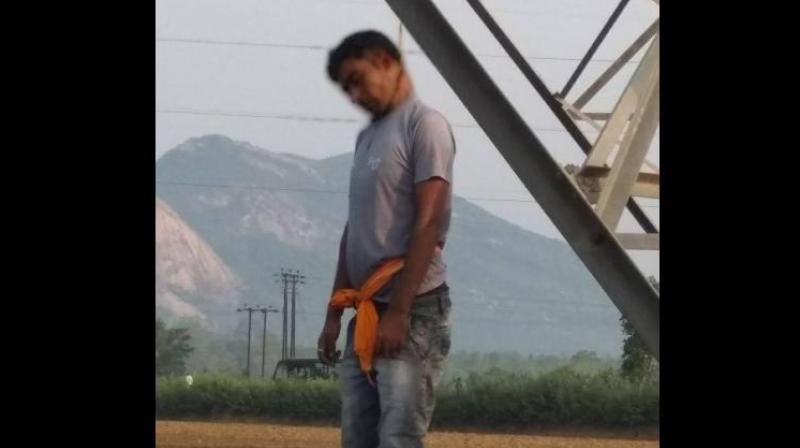 Purulia, not unknown to violence shot to fame for a mysterious arms drops in the fields in 1995 allegedly by the CIA  to counter the spread of the Left. But the political violence between supporters of two mainstream parties has now put it on the political map of the country, linking it to the grim legacy of West Bengal’s politics based often  on violent control of territory and exclusion of political rivals, says author and commentator Tapas Chakraborty.

After about a  month of acrimonious sniping, attacks and counter attacks that marked the panchayat poll campaign and then victory for his party, the BJP in the district, thirty two year old Dulal Kumar was trying to gradually return to his family life, his family business and perhaps the next crop in his field as a farmer.

So on  the evening of June 3, this small trader owning a grocery shop in Dabha village, Balarampur, father of three children, took a dinner pack for his father who spends the night in his shop, a kilometre away from home, and left home on a motorcycle.

“He spent the whole day with his family but did not return home”, his wife  Monica (27)  told journalists.

After remaining untraced for the entire night, his body was found hanging from an electricity transmission tower in Dabha village next morning on an open field about quarter of a km from his house.  His motorcycle was found abandoned near a small hill.

In a landscape of  rocky and undulating land, isolated patches of forest where the giant power transmission towers stood like ghosts in vacant  fields  in Purulia district, 250 km north west of   Kolkataand thirty two  km south of Purulia district headquarter, nothing seemed serene across the woods.

For Dulal Kumar’s “murder” which police said was “a suicide”, happened after  two other killings in what appeared  to be playing out of the   latest  political revenge play  in West Bengal.

On May 30, Wednesday, 20-year-old Trilochan Mahato, a BJP worker, was found hanging by a nylon rope from a tree near his home in village Supurdih in Purulia's Balarampur block. Trilochan, a final year student in Balarampur College, was abducted the previous night as he was returning home after getting some documents Xeroxed .

“This is for joining  BJP politics from age 18. Been trying to kill you since the vote. Failed. Today you are dead," a message scrawled on his T shirt read.

Trilochan, an  active organiser for the party, was murdered by ruling Trinamool party workers  to avenge the reverses in the Panchayat poll that the party had suffered, his father Hariram Mahato alleged, concurring with the BJP claim.

The district had descended into violence during the poll campaign too as on May 11, a  BJP worker—this time a Santhal tribal, Jaga nnath Tudu (50), general secretary of Purulia Dist, Scheduled Tribe Unit was beaten to death with iron rods and hammers in front of Puru lia BDO office allegedly by Trina mool party workers, police said.

The paroxysm of this spiral of violence has spread terror in the district. Every night tribals, armed with bows and arrows, guard the streets. “The district is in ferment, if not in flames”, says a member of the National Human Rights Committee of India (NHRCI) Purulia district unit in Adr.  “All  the murders  are planned vendetta killings, carried out in identical style, particularly the abduction, killing and leaving a message of revenge which bears the signature, the modus operandi of the Maoists, and the Left radicals, some of whom have joined the ruling Trinamool Congress recently”, Vidyasagar Chakraborty, president of Purulia district alleged.

The Trinamool Congress supporters however blamed the criminal gangs crossing over to the district from Jharkhand for the murder. “TMC is not involved”, Derek O' Brien, party spokesman said.

It began with Panchayat polls, as ruling TMC went all out to boost the party’s prospects in the general election 2019 and BJP, seeking to expand its increasing support base through aggressive campaigning as the party projected itself as an alternative. When the results of the panchayat polls held on May 14 amidst a spiral of violence across the state, were declared on May 17, Trinamool Congress  looked a clear winner with  68% of the seats in the state and the BJP a  poor second with 17% seats while  the Left , the Congress were left far behind. But with the  BJP  increasing  its tally in gram panchayat level, the rise of BJP in the political landscape of West Bengal and its projection in the media as a key challenger to the TMC, ruffled feathers in the ruling party. Particularly in Purulia district, where the BJP bagged  24 districts in the apex panchayat body, sweeping seats in five blocks of  Purulia, defeating all Trinamool party candidates.

“The members of Adivasi-Kurmi Samaj, an outfit of  kurmi-tribal caste alliance, which helped TMC to come to power in 2011 and CPI(M) earlier, shifted loyalty to the BJP on the eve of the panchayat poll, causing TMC’s dismal poll debacle in Purulia ”, Nibaran Mahato, a leader of the group said.

The Jharkhand-Kurmi Mahato combine, formidable in the region since Shibu Soren Vinod Bihari Mahato alliance of the seventies that later paved the way for a new state of Jharkhand in 2000, still wields influence in districts bordering Jharkhand.

Purulia is not unknown to violence. The mysterious arms drops in the fields in 1995 allegedly by the CIA  to counter the spread of the Left  had put it on the political map. But the political violence between supporters of two mainstream parties now has  linked it to the grim legacy of West Bengal’s politics  based often  on violent control of territory and exclusion of political rivals.

In 1972, Congress party had won polls with the help of criminal gangs who created a reign of terror. When the CPI(M) wrested power after 1977, it had used Harmad Bahini, a vigilante group of red rebels to fight the Naxalites and recapture tribal dominated Lalgarh in 2010. Harmad terrorised the people till Trinamool Congress co-opted or removed them from Midnapore.” TMC has its own vigilante group, the Bhairab Bahini that intimidates villagers, resorts to beatings, threats of false arrests and holding off access to developmental schemes, and forced them to act as informers to the police.

“The TMC game plan is clear. It is making use of Bhairab Bahini, who once worked for the Harmad Bahini to eliminate political rivals”, alleged BJP leader Sayantan Basu. The BJP has clearly sensed a kill, using violence to undercut chief minister Mamata Banerjee's image as her overture to the opposition alliance at the centre takes on a bigger dimension ahead of the battle that looms in 2019.