As regards employment problems that plague the MSME sector, they should be tackled in a time bound manner. 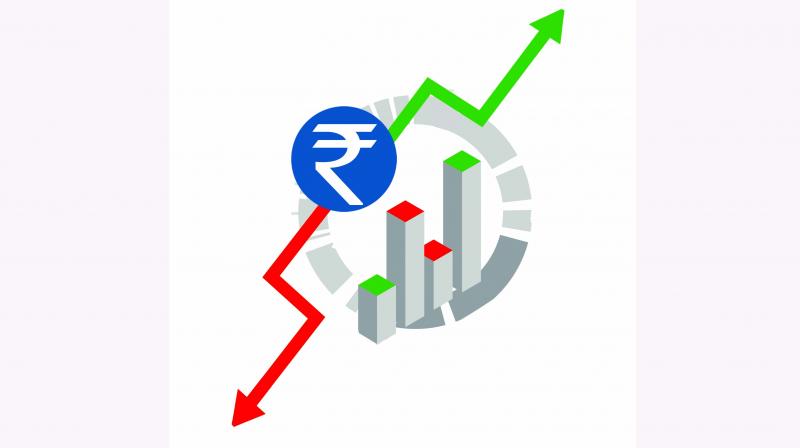 There will be progressive decline of employment in the manufacturing sector and therefore new avenues of employment has to be created in the services sector.

Hercules symbolised reason and human virtue that exceeds the limits imposed by nature, and was able to put his strength in doing good and serving the community. We may need leaders of government in his mould to help get over the economic slowdown.

The GDP growth and employment figures are a kind of rude awakening for the new government from its hubris of success in the elections. The economy has had its slowest growth rate of 5.8% in a quarter in the last several years and unemployment amongst the youth is worrisome as the very youth were the ones who made this government get re-elected.

What are the possible steps to be taken urgently to make fundamental changes in the economy to put it back on track?

Firstly, the agrarian situation requires certain fundamental policy decisions. The poverty and distress of farmers are not because of debt burden per se, but the underlying cause of the debt, the uneconomic size of the holdings which are getting even smaller by subdivision and fragmentation and also getting scattered and the situation may tend to worsen even further. The government should boldly step in and prohibit by law registration of subdivision of farm lands below one hectare. This being a state subject the BJP could implement it in the states where it is in power. Simultaneously, the government should make arrangements to provide training at the village level for people to gain skills in areas that are in great demand in the country like masonry, carpentry, electrician, mechanics and so on with certificates being issued by the government. The corporate sector should be co-opted to find employment for those who get skilled. A separate ministry for this would be a welcome measure.

Secondly, targeted increase in food production to world average levels in rice wheat and other crops must be a priority. This is possible as the author has seen this happening in the villages he has been working under the National Agro Foundation set up by the former Agriculture Minister Mr. C  Subramanian.

Thirdly, the government should set up the cold chains, as the private sector has failed to protect harvested crops which are wasted, reducing farmers' income. Petty reasons such as non- availability of plug points for the refrigerated vans are touted. A part of the central grants given to the Panchayats must be used to set up two plug points - one for charging E- Vehicles and another for charging refrigerated vans and both will become a source of revenue to the panchayats.

Fourthly removing all controls over marketing of agricultural produce by the farmers including for exports and finally all states should ensure that the drip irrigation scheme is enforced for all crops in the background of recurring shortage of rainfall in several parts of the country. 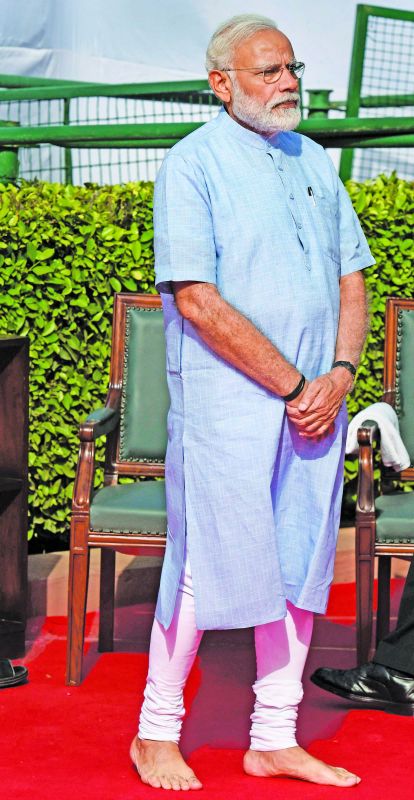 As regards employment problems that plague the MSME sector, they should be tackled in a time bound manner. Provide them  credit and power for export manufacture  on rates  at the same level as other competing countries. The three armed forces should in consultation with the association of the MSMEs identify those that can meet with their requirements of spare parts and thousands of other items and start buying from them on a cost plus profit basis without resorting to tendering procedures. Quality control should be exercised by the forces. Such unconventional approach is necessary as the hackneyed tendering procedure leads to delays and corruption. The large industries try to usurp these areas through their muscle power and influence and nobody is able to deliver.

The march of technology like the introduction of Robots, AI, machine learning etc cannot be stopped nor should it be. But time has come to do some unconventional taxation. The introduction of such technologies are displacing people and so the value addition made by these new technologies should  be computed as equivalent to the amount of wages saved in the displacement of humans now replaced by the machines. And this should be taxed at the same rates as income-tax. The revenue from this should be funded and used exclusively for re-skilling of those who are displaced by the companies and also to train people n new skills.

There will be progressive decline of employment in the manufacturing sector and therefore new avenues of employment has to be created in the services sector.

The possible candidates are the travel and tourism sectors, hospitality industry, entertainment industry including rural folk arts, the education sector, the health sector and environment and forest sectors. For example, improvement of tourist places to international standards and opening up of new areas for tourism will provide hundreds of thousands with additional employment opportunities. As a concrete example, the author saw the Avalanche eco-tourism spot near Ooty - a place of magnificent beauty rarely seen in any part of the world, with thickly wooded high mountain ranges, waterfalls, wild life and lake of ethereal beauty at heights above 7,000 feet. The facilities are minimal in as much as not even toilets are available and some were easing themselves in the forest itself. In Argentina and Chile where such tourist spots are there but far less beautiful, restaurants have been permitted, where people get employment, at least during the intense tourist season. The number of regulatory staff can also be in
creased. The central government has to concentrate in such areas where employment generation can be fast. 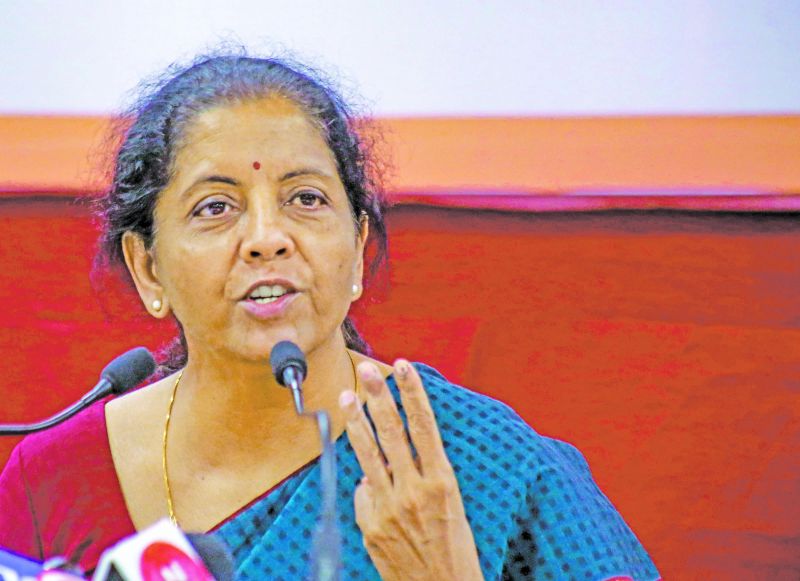 The sluggishness in the economy may require some surgical strikes such as reduction in GST for the automobile sector, reduction in GST for aviation turbine fuel to help the sagging aviation sector, reduction in the bank rate to get interest rates to  some comparable level of that of other economies, improvement in the power sector to reduce tariffs for industry and forcing states to scale down on freebies ( hopefully the FC will come up with some recommendations in this regard).

There are several complaints from the exporters which have been never tackled in a proper manner. They inter alia relate to wide discrepancies in different concessions given to exporters as amongst EOUs, EPZs and other normal exporters.  Further, despite several pleas, bureaucratic insensitivities have left the exporters condemned. The GST refunds have not been streamlined yet and many small exporters are suffering and want to give up exports.

China and India had the same level of exports at around $35 billion in 1987 when the author was the Jt secretary in the ministry of commerce. Today China exports around  $2.2 trillion dollars worth of goods and services despite Trump tariffs  on China's exports to the US which has also grown despite the tariff, whereas India is still at a pitifully low figure of $330 billion in  2018/19 ---- a shameful performance indeed. While India need not be an export- oriented economy, there is a dire need to bridge the overall merchandise trade gap and build some surplus. India's reserves are now fatuous to say the least as it may be composed of NRI deposits, FII, FDI and FE coming out of the external commercial borrowings by the corporate sector. This is a very unhealthy situation and has to be remedied. Exports are controlled by multiple agencies and the exports suffer. The FM and the Commerce minister have to sit together and take on the spot decisions.

One major task for the Finance minister is to plug the leakages in the GST and this cannot be done with the high exemption limit now provided. They have to revisit it by suitable changes that are not inimical to the small businessman but at the same time disabling him/her from becoming an instrument for evasion.

Last but not the least is the need to create a monitoring mechanism under the Revenue Secretary consisting of officers form the Law Ministry to carefully follow every raid case of the three wings of the department CBDT, Central Board Of Indirect taxes (former CBEC), and the Enforcement Directorate. These cases become money spilling ATMs for the permanent set of officers in these establishments as the seniors get transferred or retire and no mechanism is there to follow up. The author has personally verified this in one case that he had started when he was the Revenue Secretary during Dr. Manmohan Singh's time and still lying unattended in which the country lost `770 crores in foreign exchange .The matter was brought to the notice of the recently retired revenue secretary of India.

Time has come for the government to take some unpopular but direly needed decisions for the country to be brought on rails. The central and the state govts have to function together in the major areas of economic administration and there cannot be discordant voices. When I was the Revenue Secretary of India I persuaded the then FM Dr. Singh to set up a state FMs committee which has blossomed into the GST Council with statutory powers. The author would urge the setting up of similar state ministers councils for dealing with policy issues in the areas of Education, Commerce and Industry, Health, Agriculture and Tourism. There is no time to lose as it does not wait and government machinery drags slowly in India.

We must always remember that China is running ahead of us against all odds and obstacles posed by the US and we cannot afford to be getting lost in cows and religion and castes and communities. India will not forgive this government if they do not act and they should as though they have no tomorrow.