Who is shilling for Thapar?

Just another case of that entitled Delhi elite question that makes grown men quiver, “Do you know who I am?” 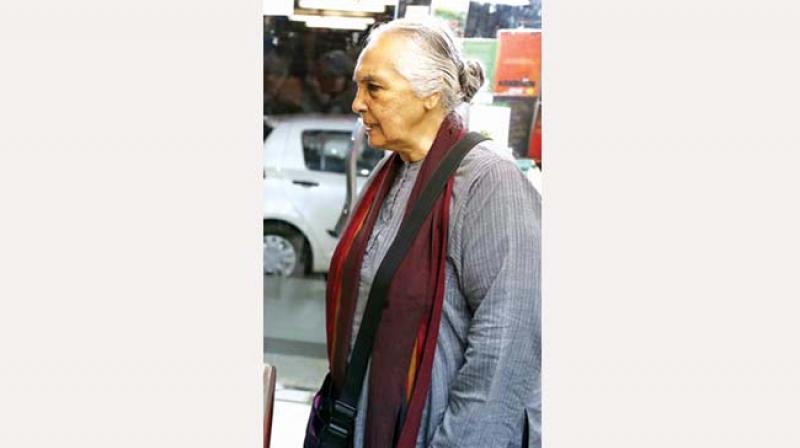 Imagine a Nobel Prize winner in physics who, in his later years, comes up with seriously racist and scientifically unproven theories, suggests that blacks are genetically prone to low intelligence, and wants low-IQ people to be paid to undergo sterilization. He loses his emeritus professor position at Stanford, and retires in 1975 at the age of 65.

Imagine a Nobel Prize winner in medicine, with similarly unproven views about race and intelligence. In 2019, at the age of 90, he is stripped of his honors and roles (he had been chancellor) by the Cold Spring Harbor (New York) laboratory he led for many years.

They are not imaginary. The first was William Shockley, co-inventor of the transistor.

The second is James Watson, who co-discovered the structure of DNA. These were the two greatest scientific advances of the 20th century, and these men are absolute legends. Yet, they were not allowed to rest on their laurels, and when they began in their dotage to bring disrepute to their institutions, they were removed.

Thus, Axiom 1: There is a limit to how far you can get with your early work, however extraordinary it was. Your most recent work counts more.

Corollary 1: If you propagate theories for which there is little or no scientific proof, your reputation will be in tatters, no matter who you are.

Let us apply this to the case of JNU Professor Romila Thapar.

Of course, no analogy is perfect. These men worked in the hard sciences, where results are verifiable. Thapar works in the humanities, where opinion rules, and ‘truth by repeated assertion’ is a well-known tactic.

In contrast, Thapar, a Professor (Emerita) of ancient Indian history, is allegedly innocent of all classical languages of India-Sanskrit, Pali and Tamil. Then her entire opus must be based on translations of primary texts, usually the work of biased or motivated European scholars, as Viswa Adluri demonstrates. That makes it a little hard to take Thapar at face value.

Her major claim to fame was the early championing of the ‘Aryan’ invasion theory, and when it became clear that it was indefensible, a pivot to the ‘Aryan’ migration theory.

The peddling of these theories is perhaps a trillion-dollar industry, because it has convinced generations of Indians that they are inferior to whites. There is a direct linear relationship from here to Bernie Sanders’ vicious outburst against India regarding Kashmir.

Current race-IQ mavens such as Stefan Molyneux have argued that Indians as a ‘race’ have an average IQ of 82, whereas whites have an IQ of 100.

Thus, smarter whites must have defeated less-smart Indians in battle, after, as Thapar said, they “thundered down the Khyber pass in their horse-drawn chariots”. Thus the ‘Aryan’ Invasion. Quod erat demonstrandum (that which was to be demonstrated)

In fact, the ‘Aryan’ hypothesis is highly questionable. The latest ‘Aryan’ candidates are the fierce Yamnaya of the European steppe, who allegedly left their footprints in the genes of Indians. But important new research published on September 5th in Cell journal regarding DNA analysis from Rakhigarhi, a major Sarasvati Valley city, finds no evidence of non-indigenous genes, specifically none from “steppe pastoralists or Iranian farmers”.

Apart from certain dubious paleo-geneticists and their journalist acolytes, nobody really believes in the ‘Aryan’ hypothesis any more. Even Max Mueller, who proposed it, recanted it in his later days.

According to Stephen Oppenheimer, the last migration of homo sapiens into India was from Africa circa 60,000 years ago, far earlier than the so-called ‘Aryans’ of 5000 years ago.

Thus, Thapar’s life’s work has been, or is in the process of being, repudiated. She is in the same boat as the scholars of the church were, with their theory of the earth being the centre of the universe, when it was demolished by Galileo Galilei and heliocentrism. Tragic, yes, and my sympathies.

But that is not the point. The point is Axiom 1 and Corollary 1 above: exactly what have you done lately to deserve a cushy sinecure like an Emeritus Professorship? Besides, are you hurting the reputation of the institution? My answers would be that she’s done nothing lately for a lifetime sinecure, and that she’s making JNU look silly.

But wait, there’s more. It turns out that JNU was just following Rule 32(g) of the Academic Rules and Regulations regarding all emeritus professors at the age of 75 which is to “consider her/his health status, willingness, availability, university needs etc. so that more positions will be available to other potential candidates… examine each case… including by interaction, inviting latest CV, peer group views etc.”.

Therefore, the fuss must be because this SOP was deemed an affront to Thapar’s hereditary entitlement. There are highly entitled people, usually associates of the ancient regime, who, when confronted, ask the withering question: “Do you know who I am?” The insinuation is obvious, and the officials meekly withdraw. Not any more, madam (or whoever is shilling for her). Not any more.

(The author has taught strategy and innovation at several IIMs)