Excellence comes with a price

The World Cup in Russia has offered a chastening lesson for Asian and African teams, with none of them qualifying for the quarter-finals. 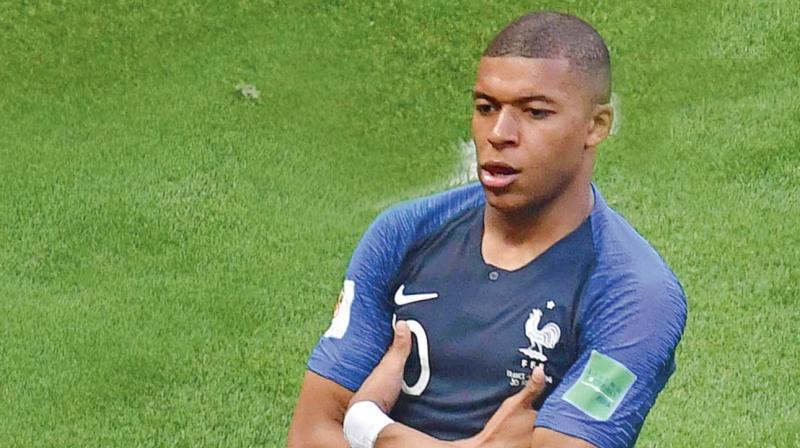 Football is one of the simplest games but it is anything but simple at the highest level. Even the likes of Lionel Messi and Cristiano Ronaldo can attest for it. Both of them are back home after an unproductive trip to Russia to fill a football-size hole on their CV, which is the World Cup.

Reporters got a chance to watch action at close quarters in a few matches of the World Cup at the Spartak Stadium in Moscow. The amount of work a player does for 90 minutes is so taxing that it can tire out those watching him from the front rows. Apart from the physical demands, there is the small matter of top-class technical ability. In the attacking half, teams get little time to carry out their plans because opponents put immense pressure on the player with the ball. Everything must be done in seconds, otherwise losing possession is guaranteed.

As defence has improved dramatically, scoring goals has become tougher. A Maradonaesque goal is unlikely these days because defenders wouldn’t allow a free run like the one the great Argentine enjoyed against England in the 1986 World Cup quarter-final.

Coaches don’t get as much time as they would like to prepare a team before the World Cup. Players, too, don’t get enough rest after an exhausting club season to come to the quadrennial event in top shape. That is why you witness a litany of injuries. There is a limit to the load a human body can take. Modern gadgets are useful to mine every datum about a player, physical and technical, but he can’t run for ever. Fifa should push for a shortened club season in the World Cup year to enable players come to the event in peak fitness.

The World Cup in Russia has offered a chastening lesson for Asian and African teams, with none of them qualifying for the quarter-finals. Japan made it to the second round at the expense of Senegal on disciplinary grounds. Football has, sure, made progress in the two most populous continents of the world but administration of the game leaves a lot to be desired.

Most of the associations in Asia and Africa are run on feudal lines by a clique of old hats and the consequences are evident on the field of play. For instance, Japan and Saudi Arabia fired their coaches just ahead of the World Cup. It never happens in a major football nation. The sacking of Spain’s coach on the eve of Russia 2018 was the exception that proves the rule. Fifa is going ahead with its expansion plans for the 2026 World Cup but questions would be asked about Asian and African teams if they fail to progress to the business end of the tournament regularly.

A lot of people in Russia, especially fans from other countries, ask Indian reporters when their country would qualify for the World Cup. It’s not an easy question to answer because the truth is bitter. How can a country that is not even among the best in its own continent hope to qualify for the World Cup? There is no doubt that Indian football has woken up from its slumber but the years it had squandered are coming back to haunt it. Many fans also ask Indian reporters why their country can’t look beyond cricket. A book, rather than a report, would be needed to delineate the reasons. But it would be a pity if a country of India’s size and population continues to remain a one-sport wonder. 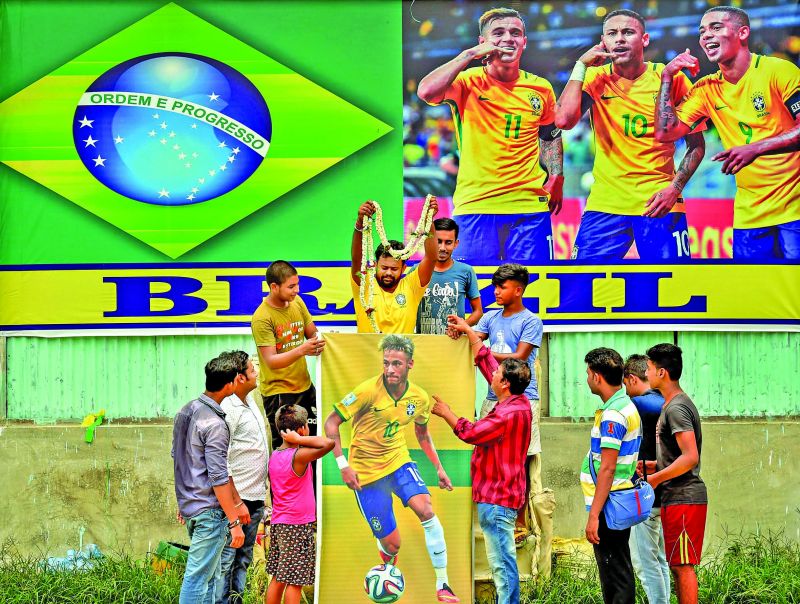 Fans from Kolkata offer a garland to a poster of Neymar. (Photo: PTI)

Uruguay, one of the smallest nations at the World Cup, has a resplendent history in the event. Football is its identity. There is a training programme to teach children as young as four years old and the tiny nation has an excellent coaching system. Iceland, which is the least populous nation to qualify for the World Cup, had no top coaches a decade ago. Now they have more than 700 qualified coaches as the country of a little more than 3,00,000 people keeps punching above its weight.

Realistically speaking, no sport is going to overtake cricket in India but the likes of football, hockey and basketball should have space. Whether India qualifies for the World Cup or not, its children should have an opportunity to play the sport in school and colleges. The lack of qualified coaches is a major problem. When a country doesn’t have adequate doctors in rural areas, the government can’t bankroll the football federation to develop the sport from the lowest level like the Chinese do. The onus is on the national football federation to bring in corporate sponsorship.

Kylian Mbappe’s sterling performance against Argentina gave the World Cup the push it badly needed. It’s not surprising that he emerged from France, which has a world-class academy to nurture young talent, as do Germany and Spain. His dazzling show against Argentina was nothing short of jaw-dropping because he is only 19. The last teenager to do so well was one Pele.

Although football is as much about youth power as any other sport, the World Cup has never been generous to young guns. It took a Pele to prove otherwise and a Pele doesn’t play in every other World Cup. Mbappe, a likeable personality in addition to being a gifted player, has a long way to go to achieve what the great Brazilian had in his glittering career.

The demands of club football are so high these days that Mbappe has to take care of his body really well. He doesn’t have to look farther than Ronaldo in that aspect. No one looks after his body like the Portuguese. Mbappe has all the credentials to become the next superstar in football.