Water scarcity poses major challenges to the national as well as international security of an emerging economic power like India. 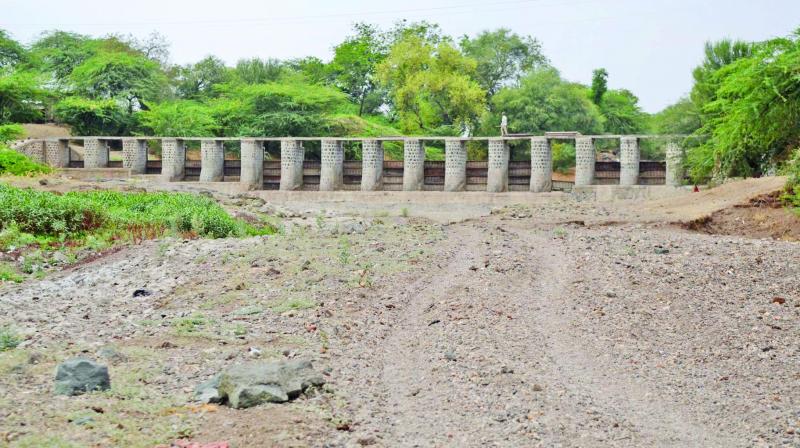 India’s water crisis has been in the making for a long time. Decades of indiscriminate groundwater extraction (mainly by the industrial, urban and agricultural sectors), rampant pollution and encroachment of rivers and other water bodies, unpredictable monsoon patterns, dismal water infrastructure and other factors have brought most parts of India to the brink of acute water scarcity or stress. While last year, the focus was primarily on Western Maharashtra (Marathwada and Vidarbha) and Shimla, this year, it is Chennai’s plight that has made the headlines, as the city has reportedly run out of water.

There are no second thoughts about the role played by human interventions and ineffective/skewed policies in creating and aggravating this crisis. Moreover, India is not alone on this front as many parts of the world are reeling under similar crises; as was seen last year in the case of Cape Town that averted (or delayed) “Day Zero”, and other cities such as Sao Paulo and Jakarta are also confronting. This calls for a declaration of an international and national “Water Emergency”, which then needs to translate into mobilisation of resources to, if not resolve, at least manage the worsening crisis.

A Global Water Crisis Needs a Global Response
As the Indian government finally wakes up to the dire situation in the country, the international community also needs to recognise the global implications of the water crisis in India and many other parts of the world. One such aspect is that of ‘virtual water’, which tends to get ignored in the discourses that surround water (in)security. Today, India is among the largest exporters of virtual water, thanks mainly to its burgeoning agricultural exports. Since India is now on the path of expanding its manufacturing base, the water crisis is most likely to deteriorate, unless a roadmap is built that addresses these concerns head on.

Water is a global good, linked heavily to international trade with global implications, but that is not to say India’s water crisis is caused entirely by international factors and/or that it should curb exports. However, steps must be taken at the national level to deal with the increasing water demand across sectors and societies; the nexus between water, food, energy, climate and trade; and growing intensity of water-related disasters (slow and rapid) in the country. Internationally, if countries, especially the developed ones – the water footprint of whose consumers is overwhelmingly outside their respective territories – are serious about achieving the Sustainable Devel-opment Goals (SDGs) – of which one is water – a concerted effort needs to be made to mainstream global water crisis into their domestic and foreign policies (including trade) too. Furthermore, water needs to be at the centre of climate change adaptation, which in turn turns the spotlight on the need for intensifying mobilisation of finances and technologies for securing water resources.

Regional Implications of Water Crisis
Since India has difficult river water sharing relations with its neighbours, the ongoing crisis presents a rather precarious scenario. Already, the Indus Waters Treaty (IWT) between India and Pakistan has come under strain due to several reasons. However, issues such as groundwater contamination and depletion, which present a real threat to the sustenance of agriculture and livelihoods on both sides of the border, are rarely discussed. In fact, Pakistan is in a much graver situation, with some studies (including by the International Monetary Fund and United Nations Development Programme) suggesting that the country could reach abs-olute water scarcity by 2025.

It might not be prudent to raise the “water wars” rationale, yet it is important to take into account the ecogeographical dependencies that govern the Hindu Kush-Himalaya region, especially when it comes to water. By now, several scientific studies (including by the International Centre for Integrated Mountain Development) have pointed towards increasing signs of glacial recession – critical to the region’s perennial rivers (that may no longer be perennial). As the water crisis in the region worsens due to climate and environmental change, disputes over the share and quality of water resources could escalate, calling for preventative mechanisms that are directed not only at dispute resolution, but also cooperative sustainable management of cross-border water resources (not restricted to only surface water, but also groundwater).

What is the Way Forward for India and the World?
There are models (including traditional ones) within and outside India that the concerned authorities could emulate and implement in India. The oft-quoted example is that of Israel which, with its cross-sectoral water management system and technological advancements, has managed to overcome water scarcity, so much so that now it has more water than it needs. For instance, Israel’s shift to desalination has ensured that it gets 55 percent of its domestic water from it. A city like Chennai needs to adopt multiple initiatives to emerge from this crisis, including desalination, groundwater recharge using rainwater harvesting systems, water treatment systems and most importantly, regulations that prevent runaway water consumption through a cap on infrastructure-building (depending on the carrying capacity of the particular area), appropriate water pricing models and incentive-based instruments.

On the rural front, steps such as sustainable irrigation (water and energy-efficient systems) and reduction of water intensity of crop production are the key to sustainable water use.  As much as the groundwater, India clearly needs to pay equal attention to the rejuvenation of its polluted and drying rivers. After so many years of ‘efforts’, the state of Ganga is still dismal.  Here, India could take a leaf out of China’s book, in terms of actual enforcement of heavy penalties for discharging pollutants into rivers.

Water scarcity poses major challenges to India’s national security as well as international security. Besides its obvious indispensability to food, energy, economy and so on, it influences population shifts (as being seen in India – from rural to urban areas) and affects human health through, for example, the spread of infectious diseases. Therefore, akin to the “Climate Emergency” movement, we need a “Water Emergency” that unites different stakeholders across the globe to find and implement solutions to the global water crisis.

(Dr Dhanasree Jayaram is Postdoctoral Researcher at the Institute of Political, Historical and International Studies in Lausanne, Switzerland)