Law to the rescue of heritage: The issues before us

There are a number of thorny questions and no easy answers. 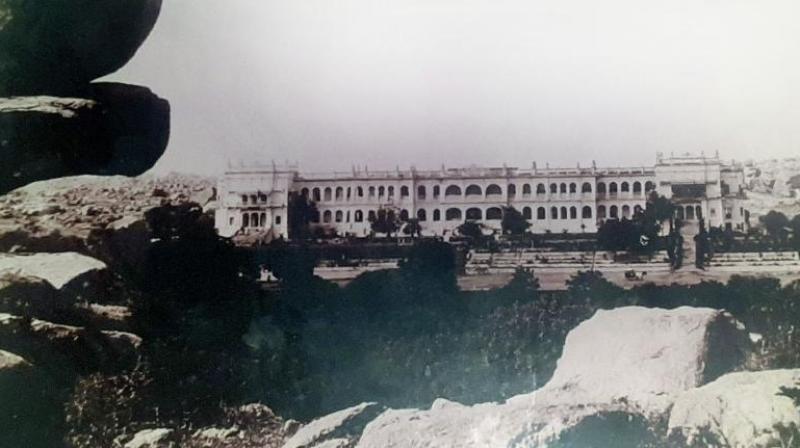 The Errum Manzil Palace before it was acquired by the state government in 1951. (Picture courtesy Dr Mir Asghar Husain)

While most of us agree that regulating alterations or demolition of built and natural heritage or preventing encroachments or destruction of notified heritage precincts is imperative, but is it by any means adequate to address the consequent issues that are thrown up?

There are a number of thorny questions and no easy answers.

Land is scarce is every city across India, and this scarcity is increasing. India’s cities, with their burgeoning population, are bursting at the seams, so to speak.

There are competing uses for every inch of space available; it’s nobody’s case that iconic buildings should be torn down indiscriminately to make way for development, but it’s also true that available space needs to be utilised efficiently.

The argument goes that old buildings that have sub-optimal space utilisation, difficulties in upgradation to incorporate modern facilities have to give way to the demands of modernity. This is true of old structures in almost every city across the world.

Another controversy that is raging is around the Osmania General Hospital. There is no question that it was a splendidly built hospital, but advances in medical science and hospital facilities pose the question whether it can be repurposed to take advantage of these developments.

About half of the listed heritage buildings are owned by the government. Some of them are in use and others are practically abandoned. If these buildings are to be satisfactorily maintained, the costs are substantial. Citizens will ultimately have to pay for this. Would they be willing to do?

Heritage activists point to the possibility of leasing out such buildings for adaptive reuse so that the revenues generated could pay for its preservation. This is easier said than done.

Firstly, there are not that many buildings that are a viable proposition. Even where possibilities exist, the government has not been able to find willing partners. The Hill Fort Palace built by Sir Nizamat Jung in the 1920s which was the residence of Prince Moazzam Jah from the 1930s was leased out as a hotel after Police Action. The hotel downed its shutters in 1997 and there have been no takers since.

Governments over the years have attempted to preserve protected monuments. Philanthropic funding has been obtained for iconic buildings such as the Residency, Qutb Shahi Tombs and the memorial complex of Mah Laqa Bai. The results of the ongoing restoration of Moazzam Jahi Market from government budgets are visible. But such funding is not available to all buildings.

A significant number of buildings are in private hands. The obvious question is how they will find the resources to bear the burden of preservation. The usual answer is again that they will have to exploit opportunities to generate revenues from the heritage building itself. The usual examples are of Chowmohalla Palace, the Purani Haveli and Falaknuma Palace. The truth is that these opportunities do not exist for a majority of privately-owned heritage buildings.

Another issue is more fundamental. Even if private owners have some funds for maintenance, the heritage building could be their only asset. Demolishing such buildings and developing the prime real estate is the most attractive proposition for such owners. Should they be denied the benefits of their inheritance?

Admittedly, these questions are posed in terms of stark binaries. The actual problem, and its solution, will always be more nuanced – and more complex.