To defeat BJP’s Goliath, Narendra Modi, the Congress president will need a powerful army of allies. 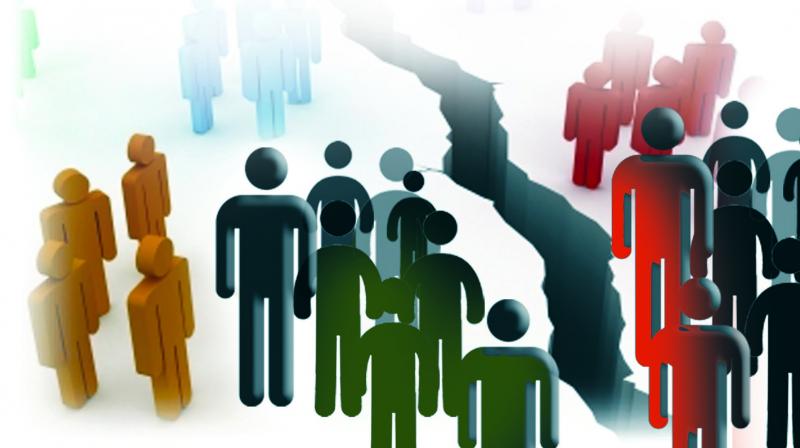 The Modi-led BJP, which seemed to be on the backfoot, following the party’s poor performance in Gujarat and the devastating blow in Rajasthan, is also at work.

Fifteen months ahead of the crucial 2019 Lok Sabha polls, the cheer is slowly but steadily returning to the Opposition camp, spurred by the near victory in the Gujarat Assembly elections and a clean sweep in the Rajasthan bypolls. There are still miles to go, egos to shed and seats to share, but a beginning has been made with senior leaders like NCP chief Sharad Pawar, CPI general secretary D. Raja, Congress’ Sushilkumar Shinde and Omar Abdullah of the National Conference joining hands at a 'Save the Constitution' rally in Mumbai and deliberating on strategy in a rare show of Opposition unity. The hurdles for the opposition are many — towering over them is PM Modi whose popularity is unmatched as ever, vouched by every opinion poll. Getting West Bengal CM Mamata Banerjee to toe the line of a combined Opposition is no mean task and neither is getting a heterogenous mix of parties to accept the leadership of a single leader like Congress president Rahul Gandhi. The scion of the Gandhi family is a different leader altogether after the Gujarat polls but his poll-winning abilities are yet to be proved beyond doubt. What could finally melt the differences is the question of survival — most small parties know that a Modi win in 2019 will make him invincible and them irrelevant beyond recovery. Sanjay Basak analyses the patterns emerging on the national scene and finds out if the BJP-led NDA may have to face the might of a combined opposition or a clutter of parties with no unity in sight.

Congress president Rahul Gandhi, charged up by the convincing bypoll victories in Rajasthan and a stellar performance in Prime Minister Narendra Modi’s home turf-Gujarat might have spoken too early when he tweeted: “4 years gone... Thankfully, only 1 more year to go.”

To defeat BJP’s Goliath, Narendra Modi, the Congress president will need a powerful army of allies. On a one on one popularity contest, Modi towers over Rahul Gandhi with a whopping 30% lead. A recent survey conducted by an English magazine claimed that Modi received the backing of 53 per cent people as the next Prime Minister while his closest competition, Rahul Gandhi, lagged far behind at a distant 22 per cent. Yet to Mr Gandhi’s credit, he has worked himself up from the bottom of the pyramid of popularity (four per cent) and made giant strides to hold the number two position.

Mr Gandhi, in his newly energised avatar, is in on the hunt. He’s looking for allies outside UPA to build up a grand invincible formation. But the hurdles are many. The first is mercurial Queen of  Hearts — Trinamul Congress’ Mamata Banerjee. A primary antagonist, she has so far refused to be led by Congress, particularly Mr Gandhi.

She dealt the first blow to talks of Opposition unity by skipping Sonia Gandhi’s Opposition unity meet held recently. West Bengal has 42 Lok Sabha seats and despite BJP’s relentless efforts to make inroads into her territory, “Didi” as Ms Banerjee is popularly called, continues to reign supreme. In the recently held bypolls in Uluberia Lok Sabha berth, she not only retained the seat, she also wrested Noapara Assembly from the CPI(M).

Before Ms Banerjee, the first blood was drawn by JD(U)’s Nitish Kumar. The efforts at Opposition unity, which were at the nascent stages during the presidential polls last year, were dealt a body blow when Mr Kumar walked out of the Bihar Grand Alliance with RJD and Congress and crossed over to the BJP-led NDA. With Mr Kumar gone, the TMC members began a chorus saying — “Mamata Banerjee is the only credible face to lead the Opposition.”

The other major hurdle propped up when the CPI(M) Central Committee rejected the party general secretary, Sitaram Yechury’s draft resolution to tie up with Congress for 2019. Stitching together a coalition of the Opposition parties is the only way to stop the Modi chariot, the Yechury camp argued. But the majority led by former CPI(M) boss, Prakash Karat, refused to see the writing on the wall. A final call on the draft will be taken at the party congress in April in Hyderabad. The CPI(M) party congress will be held after the elections in three North-East states. The CPM-ruled Tripura is going to polls on February 18, while Nagaland and Meghalaya will vote on February 27. The adopted draft resolution, pushed by the Karat camp, stated that there would not be any electoral alliance or electoral front with the Congress during the 2019 Lok Sabha elections. Left Front will go it alone against the BJP.

Mr Karat has been accused by senior leaders of being the “architect of  CPI(M)’s downslide”, but he is in no mood to let Mr Yechury have his way.

The third horseman in this Opposition apocalypse is the Maratha strongman, Sharad Pawar. The NCP chief called an Opposition meet to send a signal and demonstrate to everyone that he, not the Congress, was the leading force. That ambition received a jolt when no representative of the Trinamul Congress, DMK, SP and BSP made it to the meet. The Congress representatives, Ghulam Nabi Azad and Anand Sharma who attended Mr Pawar’s attempt at a show of strength used the opportunity to suggest another Opposition meet, this time headed by the UPA chairperson, Sonia Gandhi.

At this juncture, the Samajwadi Party led by Akhilesh Yadav and RJD are the only major outfits which are willing to be led by Mr Gandhi. But then, neither Akhilesh nor RJD chief Lalu Prasad Yadav’s son Tejaswi Yadav has any national ambition.

The Congress is clearly playing a mother-son card to bring in the allies, banking on Sonia Gandhi’s personal equation with Opposition leaders like Mamata Banerjee, Sharad Pawar among others to swell up her army.

The Modi-led BJP, which seemed to be on the backfoot following the party’s poor performance in Gujarat and the devastating blow in Rajasthan, is also at work.

Mr Modi has already met the DMK chief, Karunanidhi, and unlike Atal Behari Vajpayee, the Prime Minister is willing to tap any outfit which can be dragged to the saffron side of the fence, as he did with Nitish Kumar. For if the BJP knows one thing, it is this —   despite Mr Modi’s popularity, a grand alliance of the Opposition could be a tough opponent to beat.