Too great a tragedy to cope with: Kavitha Lankesh

The death of a sibling is perhaps, too great a tragedy to cope with, maybe distraction is the most one can hope to find. 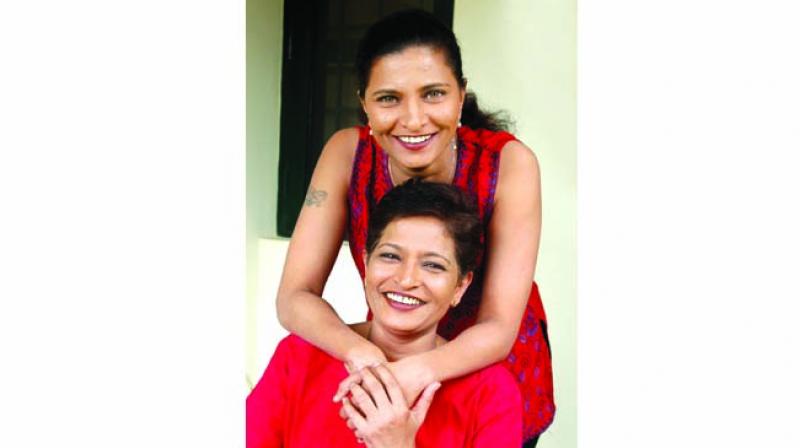 Gauri would never have backed down, she would have defended the activists who have just been arrested too, says Kavita, who still hears Gauri’s voice in her head.

“I still think she’s around somewhere because she used to spend her weekends with us and take Esha out. She was very fond of Esha and we used to go on vacations together.”

As Kavitha Lankesh goes down memory lane, the tears are not far away. It brings her daughter, Esha into the room, concerned. “Why are you talking about Avva,” she asks, the bravado barely masking the pain, one year after she lost her aunt, whom she always referred to as “avva” or “mother”. It was the title of Gauri Lankesh’s film, 2008, which was based on a novel written by her eminent father, the late P. Lankesh.

The death of a sibling is perhaps, too great a tragedy to cope with, maybe distraction is the most one can hope to find. Kavitha’s quest for justice for her sister sees discreet meetings with Mr. B.K. Singh, the SIT chief, interacting with the kin of Dr Narendra Dabholkar, Govind Pansare and Dr M.M. Kalburgi, and travelling to remote parts of the country for interviews.

“My sister was my best friend,” says Kavitha. Brought closer together by their somewhat rough childhood, both girls learned the lessons of independence from their mother. The mother’s eternal regret -  “Amma now regrets leaving Gauri’s place and coming to stay with me. She weeps that my sister would have been alive had she stayed.”

The daughter of P. Lankesh and student of Dr. H. Narasimaiah, the renowned nationalist who headed National College in Bengaluru, Gauri Lankesh could have not been anything but her firebrand self. “Our father was acerbic about politicians of the day,” says Kavitha. “Thanks to his columns, we often saw protests outside our office but these leaders would later come and talk to Appa and then leave. The kind of intolerance that led to my sister’s killing, the people who troll Prakash Rai and cleanse a hall with cow urine after he speaks...” she says, incredulous.

Gauri would never have backed down, she would have defended the activists who have just been arrested too, says Kavita, who still hears Gauri’s voice in her head. “The media cannot turn into a government pamphlet. It’s shocking how the government is now trying to silence activists and anybody who tries to criticise Hindutva,” says the sister who knew Gauri best.