Gulf dream is over, but Dubai holds out

Dubai has been going through a rough patch as slackening consumer demand broke the back of retail trade, the mainstay of the emirate’s economy. 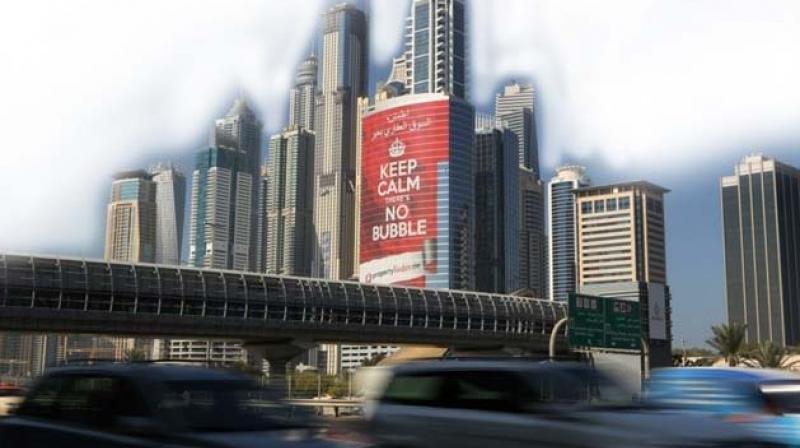 Irrespective of its current crisis, Dubai has developed a sustainable model under which the city flourishes when its neighbourhood is doing well.

The Gulf countries are now pressing ahead with fiscal adjustment plans which were forced on them by the collapse of oil prices in 2014 and the resultant fiscal deficits. The situation has even led to doomsday scenarios being projected for the dynamic city of Dubai.

The Nineties saw a new awareness in the Gulf countries about the urgency of conserving their oil resources for the benefit of future generations. Ruling establishments in the region made it a point to plant this idea in the minds of their citizens that future generations would hold them guilty for the prodigal use of oil wealth and therefore they must cut down on their extravagance. So, judicious use of the oil wealth and conservation became a mantra.

Now, two decades later, the Gulf rulers have realised that they need to make the maximum use of their oil reserves in the limited window of opportunity that is still available as fossil fuel burning for energy is set to end in the foreseeable future.

They know the futility of keeping huge reserves of a resource which may be of little value in future. This would also mean an end to the oil-triggered boom that converted the whole of the region into a vast island of opportunity for natives as well as expatriates, particularly Indians, whose huge remittances helped sustain a parallel economy back home. With the global economy transitioning into a low-carbon regime, the evolution of new technologies is proving to be oil’s nemesis. All major automobile manufacturers have turned to the development of electric cars in right earnest and technologies to improve the experience with engines using alternative energy sources are progressing apace. Companies such as Tesla have brought big disruption in the automobile industry.

According to Bloomberg research, over 540 million electric cars are expected to be on the roads worldwide by 2040; all these vehicles should have run on petrol or diesel. The United Kingdom and France have both decided to outlaw the sale of new internal combustion cars by then. India has announced that only electric cars will be allowed to be sold by 2030 while China also plans to end the sale of fossil fuel-burning vehicles, though it is not yet clear when the ban will kick in.

OPEC, the cartel of oil producers, had last year estimated the number of electric vehicles on the road 20 years hence at 46 million, but has since revised its estimate to 266 million. Considering that transportation accounts for nearly 70 per cent of total oil consumption, the impact of such change will be huge on the oil producing countries, which rake in $700 billion from oil sales every year.

Saudi Arabia, the powerbroker within OPEC, which acts as the “swing producer” to control oil supply had last year brokered a deal between Russia, OPEC members and other oil-producing states to cut production and boost prices. But aware of the impact of shale gas, climate change and new electric car technologies on the long-term demand for crude oil, it has already changed its strategy and has turned the taps on to raise production. The just-concluded OPEC meeting, in fact, decided to add 1 million barrels to the cartel’s daily production. Saudi Arabia, Iraq and Russia are all expected to produce and export as much as they can so as to monetise their oil reserves before demand for the black gold shrinks over the next decade. As each OPEC member seeks to maximise revenue, the only credible scenario would be a price war to protect market shares. This is, of course, good news for consuming countries like India, but spells doom for the Gulf monarchies.

The collapse of oil prices — from over $110 in June 2014 to just $30 in January 2016 — shook the GCC economies beyond recognition. It also exposed fundamental structural weaknesses in these economies as it became clear that the conventional way these countries operated was no longer sustainable.

“The upshot is that the GCC (Gulf Cooperation Council) countries have realised that the status quo cannot continue. The days of depending on volatile oil revenues to fund unproductive and increasingly unaffordable expenditures are gone. Diversifying the economy and fully utilising the talents of people has become an imperative,” Kevin Carey, a regional manager with the World Bank Group points out.

The new situation has forced the Gulf countries to embark on a reforms programme of diversifying their economies so as to reduce dependence on oil. The UAE has been a leader in attempting such transformation. It was the first country to dismantle energy subsidies. Saudi Arabia has also begun to vigorously rethink its economic model and its policies, predicated on Vision 2030. Progress has been slower in Kuwait, but the government there is also aware of the challenges.

According to the latest World Bank report, economic growth in the Gulf Cooperation Council countries in 2017 was weaker than expected. Saudi Arabia, the GCC’s largest economy, posted its weakest economic performance since 2009, leading to recession. There has also been a slowdown in the UAE, with property markets softening considerably, particularly in Dubai as reflected in slowing sales transactions. Qatar recorded anaemic growth and the situation has been aggravated by its diplomatic isolation by the neighbouring countries. Kuwait recorded an overall slowdown in growth. The introduction of new taxes such as VAT and indirect taxes by way of higher fees for government services along with increased cost of employing expatriates and sponsoring and supporting their families have all pushed up the operational costs of businesses and living costs. The need to absorb the ever-increasing ranks of local youth has manifested in reserving many sectors of the economy for employing indigenous populations to the exclusionof expatriates, particularly in Saudi Arabia, Kuwait and Oman. This has led to a massive shake-up in the job market and large-scale displacement of expatriate workers, a large number of whom try to relocate to Dubai and Abu Dhabi, further depressing the already bad job situation in the emirates.

Dubai has been going through a rough patch as slackening consumer demand broke the back of retail trade, the mainstay of the emirate’s economy. This has had huge implications for the tourism and hospitality sector and small businesses offering services to various sectors. The situation has even led to doomsday scenarios being projected for the dynamic city, which has, however, passed through several such phases in the past. The situation today is far from comfortable, but in no way is it comparable to the twin crisis of real estate crash and financial melt-down of 2008, in the wake of which Dubai had been written off by most. Inspired by the accounts of westerners, who fled the city leaving behind huge unpaid debts and thousands of luxury cars, the western media had painted Dubai as the caricature of a ghost city, with its skyline dotted by hundreds of abandoned towers and cranes serving as a stark reminder of a wonderful dream gone sour. But Dubai rose phoenix-like and was back in business within a few years.

Irrespective of its current crisis, Dubai has developed a sustainable model under which the city flourishes when its neighbourhood is doing well. But its uniqueness is that it also does well when there is turbulence all around, by serving as a zone of stability in the ocean of uncertainty. As long as Dubai manages to perform this role, it will continue to defy the naysayers.