Agriculture has been ill-served by the indifference of the Establishment for the last at least 40 years. 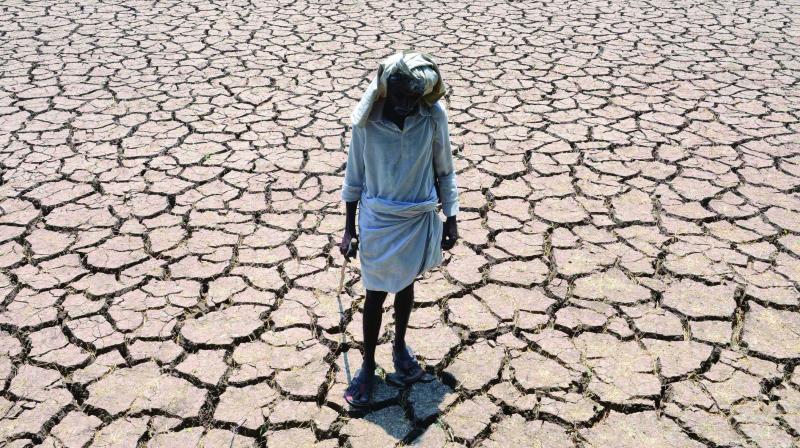 At current costs of cultivation and prices, agriculture has lost much of its sheen and looks jaded.

In a sense, the country is facing its 1991-moment in the farm sector where problems of unprecedented proportions, across various states, have suddenly telescoped into one another, leading to unrest among cultivators and knee-jerk responses by frantic state governments.

All stakeholders realise that solutions being worked out are at best patchworks which will come apart again, piling up miseries of a segment of the economy, whose share of the GDP has been progressively coming down even as the number of people dependent on it for a livelihood has only swelled. As suppliers of credit, the first issue that bankers now have to deal with is the intrinsic viability of agriculture as a vocation, given the present state of its art. At current costs of cultivation and prices, agriculture has lost much of its sheen and looks jaded.

A straightforward example will make this clear. The maximum income that a farmer, anywhere in India, now earns from an acre of land can be estimated at Rs 50,000 in half a year. It is another matter that most of today’s growers do not earn even half of this amount, given the current crash in the prices of most crops.

Assuming that just one person looks after the entire cycle of cultivation for six months (which is just to be conservative with regard to the labour content of farming), the wages itself work out to Rs 55,440 based on the minimum wages for unskilled labour set by the Government of India vide its latest notification dated April, 2, 2017 at Rs 308 in C centres (rural areas). This means that the yield, at a very liberal estimate of yield and good prices of any crop will not cover even the cost of labour!  Not to speak of other costs like seed, water, fertilisers, nutrients and cost of land.

Agriculture has been ill-served by the indifference of the Establishment for the last at least 40 years. The winds of apathy sown over these four decades are being reaped now in the form of whirlwinds of protests by poor farmers, most of whom face extreme hardships. The paradox is that the unrest spreads from Tamil Nadu, which has witnessed the worst drought in the last more than 100 years, to some other states like Maharashtra, where a glut has caused prices to crash. Farmers realised that the cost of harvesting would be more than the sales proceeds of crops like onion.

Both these extremes really point to the same problem. Public investments in irrigation and other infrastructure have seen a declining trend and post-harvest, there is no safety net for farmers in times of plenty. At least, staples like wheat and paddy are procured and stored. Cultivators of perishables like onion and potato do not have even this facility. It is estimated that against a requirement of 66 million tonnes of cold storage space, we have just half the capacity and that too, at locations, distant from the farm houses. Unless remunerative prices are ensured, the farmers’ incomes over a secular period will continue to remain flat. Their standards of living will not improve and the younger/educated among the lot will shift to other professions.

As already explained, if the activity remains unremunerative or uneconomical, write-offs and waivers will be just bandaids. The crisis in the farm sector has not yet hit mainstream India home as total food grains production at about 273 million tonnes last year and burgeoning surplus stocks have led to a feeling of complacency. But, to most perceptive observers, it is clear that the time has come for a refocusing of national attention on this most important sector of our economy. Agriculture cries out for a 1991-like overhauling.

Author is a top executive with a leading public sector bank. Views are strictly personal