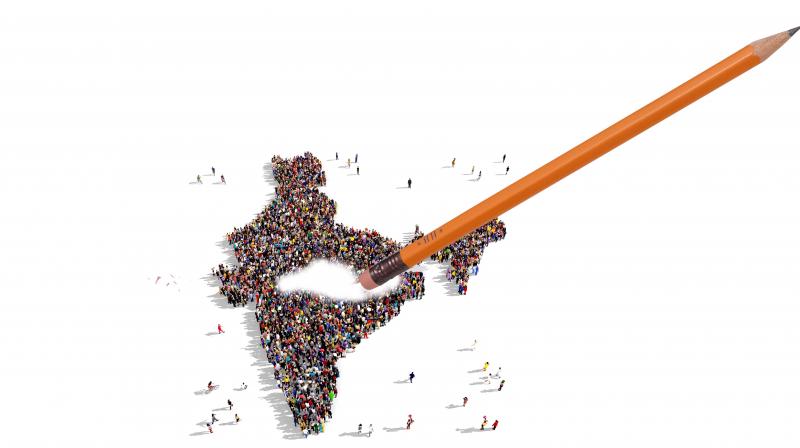 In India, the CAB and the talks of NRC coupled with continuous mob lynching and violence against Muslims are literally taking the country to such a dangerous juncture.

A right is not what some one gives you, it is what no one can take  from you
— Ramsey Clark

The only title in a democracy that is superior to the President is the title of citizen, said Louis Brandeis  in 1937. Even though the words of Brandeis were in the democratic context of United States of America, it has resonance in our country, as all important offices like the President of India, Vice-President, Prime Minister, judges of the Supreme Court and High Courts etc. can be held only by a citizen. Therefore, ‘citizen’ is the only “person” who enjoys full civil and political rights guaranteed by the laws of the land.

However, the current attempt by the NDA to revive the Citizenship (Amendment) Bill, by amending the Citizenship Act, 1955, to grant citizenship only to Hindus, Sikhs, Budhists, Jains, Parsis and Christians (excluding Muslims) from Afghanistan, Bangladesh and Pakistan facing religious persecution and who had migrated to India without valid travel documents or the validity period of their travel documents has expired during their long stay in India makes very serious violations of the Constitution which guarantees equality before law to “all persons” and not to “citizens alone”. The Central government shields the proposed amendment by stating that the proposal attempts to accommodate minorities facing religious persecution. But this statement is belied by the fact that the very same government is fighting a ruthless battle in the apex court to oust the Rohingya Muslim migrants who are the worst persecuted community in the world in the recent times.

It is pertinent that the government has not given a cogent reasoning for discriminating between people who are facing religious persecution from that of others OR for discriminating between the immigrants of the proposed three countries and the rest OR for distinguishing Muslim and non-Muslim migrants. The government refuses to extend it magnanimity neither to the Muslims from these three countries nor to immigrants from Sri Lanka or Myanmar even though historic and ethnic links to both these latter countries are as strong as that of the other three countries.

Even the choice of religious persecution to the exclusion of other grounds is not a valid one. So far Indian citizenship laws have got a strong secular foundation. The attempt to distinguish between the Muslims and non-Muslims in granting citizenship without the determining principles is aimed at making the Indian secular mosaic with different people, different beliefs, different yearnings and different dreams into a homogenous identity subservient to the anti-Muslim majoritarian Hindutva dictates. In history, a shockingly analogous similarity can be seen in the Nazi propaganda promoting the “national community” and identifying who shall be excluded. It must be remembered that the campaigns of the Nazi regime which instigated hatred were successful in creating an atmosphere tolerant to violence against Jews. In India, the CAB and the talks of NRC coupled with continuous mob lynching and violence against Muslims are literally taking the country to such a dangerous juncture.

The only hope and refuge against such a sectarian approach is the courts of this country where the vires of the law (if successfully passed) can be tested in the touch stone of the Constitution. Generally, the courts keep a self-imposed restraint in the pieces of legislations being passed by the competent legislatures. But, of course, since E.P. Royappa (AIR 1974 SC 555), the courts have shown a least tolerant attitude towards very arbitrary legislations based upon unjust and unreasonable classifications based upon wide discretions. Discretion is no more an unruly horse carrying on its back the administration amuck with power. Hence, the government will have to convince the court on the intention of the  subject of the legislation excluding Muslims from acquiring citizenship.

(The writer is a lawyer in the Supreme Court)