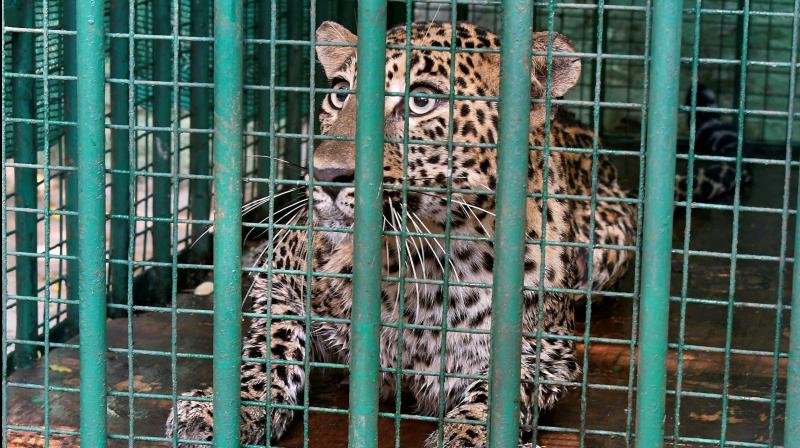 Forest department personnel and police began a search for a leopard spotted in Andheri in Mumbai in the early hours of Sunday. (PTI Photo)

Mumbai: Forest department personnel and police began a search for a leopard spotted in Andheri in Mumbai in the early hours of Sunday, an official said.

It was seen near a hotel in the MIDC area, home to large corporate offices and mid-level units, by a security guard, he added.

"The wildlife rescue team, SRPF personnel and local policemen are looking for the leopard. It has not been seen again after the security guard first sighted it," said Senior Inspector Jagdish Shinde of MIDC police station.

The security guard said he first thought it was a large dog but realised it was a leopard when it saw the animal striding into the surrounding forest.