Have changed batting order in my team for nation's uplift: Imran Khan

Justifying his reshuffling of the federal Cabinet a day before, Imran Khan said that a good captain constantly keeps an eye on his team. 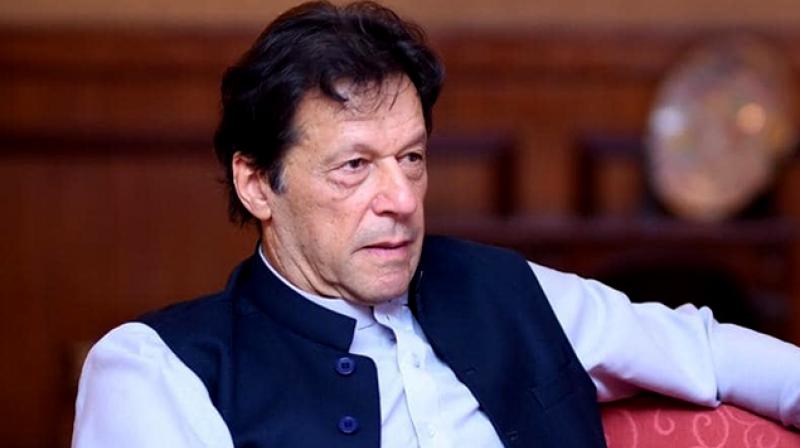 Khan also urged the respective Chief Ministers of Punjab and Khyber Pakhtunkhwa, to put their teams under the scanner. (Photo:AP)

Islamabad: Justifying his decision of reshuffling the federal Cabinet a day before, Prime Minister Imran Khan on Friday said that a good captain constantly keeps an eye on his team and sometimes changes the batting order and replaces a player with a new one to win the match.

Addressing a public gathering in Khyber- Pakhtunkhwa, The Dawn quoted Khan, as saying that being a Prime Minister of the country the only objective he had in mind was the nation’s uplift.

“For this, I have changed the batting order in my team and made a couple of changes too. I will do it in the future as well,” he added.

“I want to tell all the ministers that any­one of no use for the country will be replaced with the one who is beneficial,” Khan was quoted as saying.

Khan also urged the respective Chief Ministers of Punjab and Khyber Pakhtunkhwa, to put their teams under the scanner.

The Prime Minister on Thursday brought in five new aides and changed the portfolios of four ministers, including that of Information Minister Fawad Chaudhry, who has now been assigned Science and Technology ministry.

Chaudhry will be replaced by Firdous Ashiq Awan, an erstwhile Pakistan People’s Party (PPP) stalwart who switched to Pakistan Tehreek-e-Insaf in May 2017.

Dr. Abdul Hafeez Shaikh, former finance minister in the PPP government from 2010 to 2013, has been appointed as Advisor Finance. He will replace Asad Umar, who resigned hours before the announcement of the reshuffle, saying Imran Khan offered him energy ministry but he did not want it.

Meanwhile, Minister of State for Interior, Shehryar Afridi, has now been named the Minister for States and Frontier Regions (Safron).

Ghulam Sarwar Khan, who was the petroleum minister, has been shifted to aviation ministry. Reportedly, Sarwar had threatened to quit the party, if removed from the cabinet. Therefore he was shifted to Aviation portfolio which was until then held by Federal Minister for Privatisation Muhammad Mian Soomro.

The reshuffle comes as the South Asian nation is going through a serious economic crisis. Despite owing around USD 10 billion to Beijing and Riyadh, Islamabad is seeking another bailout package of USD 8 to 10 billion from the International Monetary Fund (IMF).