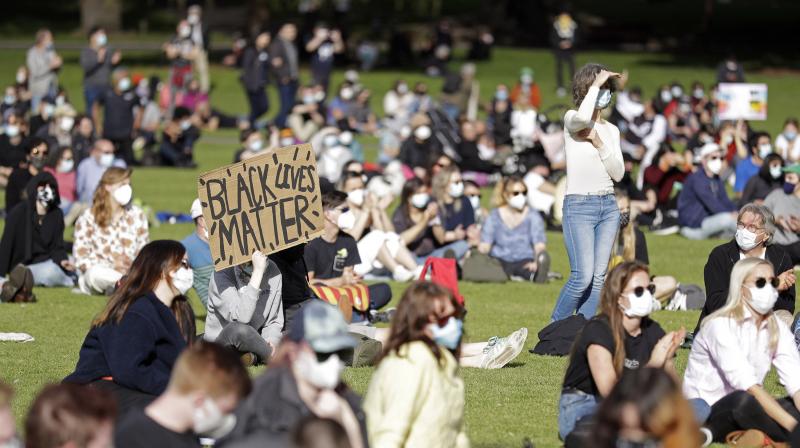 Sydney: Several hundred people gathered in Sydney on Sunday as part of weekend-long protests in Australia’s large cities in support of the Black Lives Matter movement and increased focus of the mistreatment of indigenous peoples.

A month since the first Black Lives Matter rallies in Australia, the crowds were smaller amid health warnings about the spread of the coronavirus pandemic, with infections on the rise in the state of Victoria, home to the country’s second-largest city, Melbourne.

Masks and hand sanitiser were given out and organisers pleaded with people to maintain social distance at the Sydney protest. An ancient Aboriginal smoking ceremony took place as families of those who have lost relatives while in police custody circled.

The heightened global awareness over the treatment of minorities as a result of the Black Lives Matter movement has come as the country conducts an inquiry into Rio Tinto’s distraction of two ancient and sacred Aboriginal caves in Western Australia.

According to latest government data, the indigenous population represents just over 3% of Australia’s total population of about 25 million.