Salem, posting on Twitter, praised the emergency care his daughter had received. 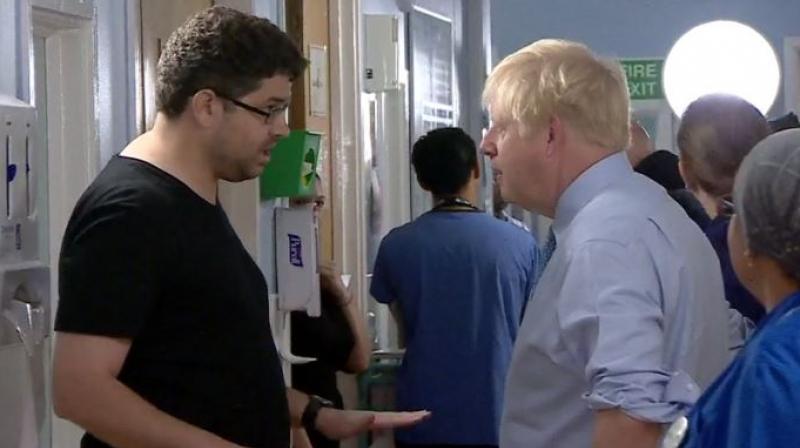 Salem, who describes himself on Twitter as an activist for the opposition Labour Party, complained to Johnson about repeated delays on the ward. (Photo: Screengrab)

LONDON: British Prime Minister Boris Johnson was confronted at a London hospital on Wednesday by the father of a sick child who said the care his child received had not been acceptable and that the nation's health service had been destroyed.

As Johnson visited Whipps Cross University Hospital in east London, Omar Salem remonstrated with Johnson over the care his 7-day-old daughter had received on the children's ward after being treated by the emergency department.

Salem, who describes himself on Twitter as an activist for the opposition Labour Party, complained to Johnson about repeated delays on the ward.

"That's just not acceptable," Salem told Johnson, who stood listening. "There are not enough people on this ward."

"The NHS has been destroyed and now you come here for a press opportunity," Salem told Johnson.

Salem, posting on Twitter, praised the emergency care his daughter had received but said she had waited to see a doctor for hours when transferred to a ward.