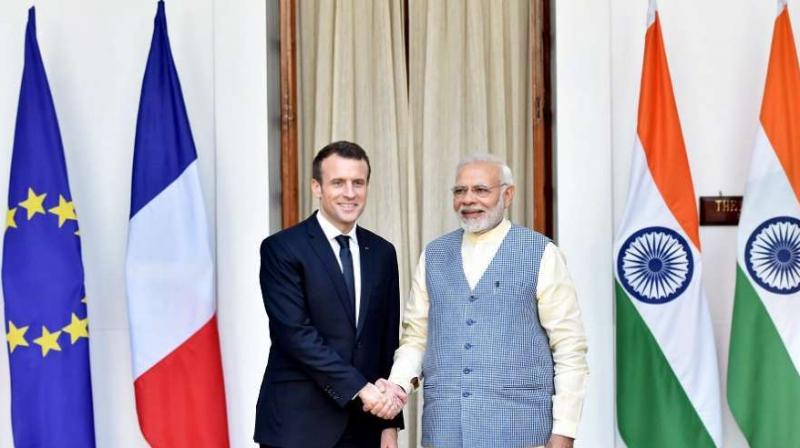 New Delhi: In an address on the occasion of his country's National Day, French Ambassador Emmanuel Lenain on Tuesday described the Indo-French strategic partnership as "ambitious", adding that the two countries had always stood by each other in “difficult times”.

This comes just days before France is reportedly scheduled to hand over the first batch of Rafale fighter aircraft to India which is expected to be a huge boost to the IAF.

“The strategic partnership between India and France is ambitious and our two nations have always stood by each other’s side in difficult times,” the French Ambassador said. France is a permanent member of the UN Security Council and its support is crucial for New Delhi, with the two sharing robust strategic and defence ties.

The French envoy also spoke about how both countries had strengthened cooperation amid the COVID pandemic and the fact that his country is financing emergency response programmes in India to protect the vulnerable sections of society. He described the Indo-French solidarity during the Pandemic as “exemplary”. France has been among the worst-hit nations by the pandemic in Europe.