Dr Asiya Islam’s application for ILR was refused on grounds that she had been out of Britain for longer than stipulated period. 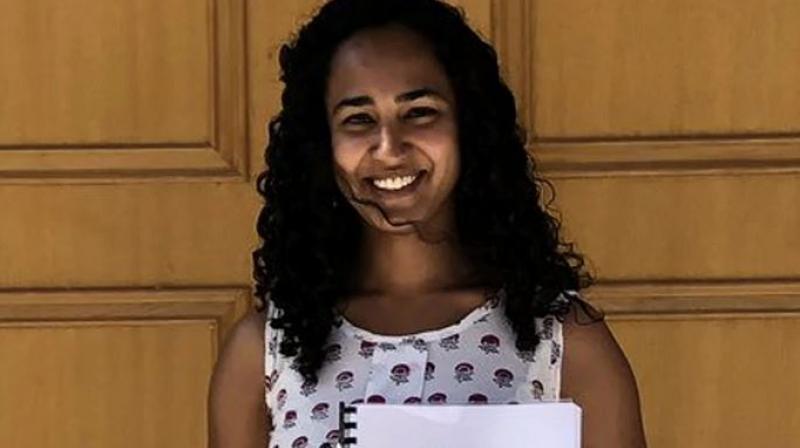 However, the 31-year-old academic points out that she had supplied supporting documents to explain the absence, which was due to time spent in New Delhi for her PhD on ‘Gender, Class, and Labour in the New Economy of Urban India’. (Photo: Twitter)

London: Hundreds of academics, students and activists have signed an open letter to lobby the UK Home Office to reconsider its decision to deny a University of Cambridge scholar permanent residency in the UK for spending too much time in India, which she says was essential for fieldwork and research.

Dr Asiya Islam’s application for Indefinite Leave to Remain (ILR) was refused by the UK Home Office last week on the grounds that she had been out of Britain for longer than the stipulated period for such an application.

However, the 31-year-old academic points out that she had supplied supporting documents to explain the absence, which was due to time spent in New Delhi for her PhD on ‘Gender, Class, and Labour in the New Economy of Urban India’.

“Yes, that’s right – the Home Office refused my application because I was away doing academic work for a UK university. The mind boggles,” said Islam, as she took to Twitter to express her shock.

“I provided several letters to present the case that fieldwork is a crucial aspect of my work and should not count towards my days out of the country. But nope, apparently I failed to provide any exceptional reasons in support of your out of time application,” she said.

Islam has been based in the UK for over a decade and was awarded a three-year Junior Research Fellowship after completing her PhD from Newnham College at the University of Cambridge this year.

“Dr Asiya Islam is a highly valued member of the research community at Newnham College and the University of Cambridge. Dr Islam has an impressive academic record: she was a Gates Scholar at the University of Cambridge, was awarded the best degree performance award at the London School of Economics, and received the Dr Zakir Hussain medal for academic excellence from Aligarh Muslim University,” said a spokesperson for Newnham College.

In a letter weeks after Islam’s “super priority” ILR application costing nearly 3,500 pounds, the Home Office replied that it would not be “unreasonable” to expect her to “re-integrate back into life and society in India”, having only been in the UK for a “short period”.

“In addition, it is considered that you would be able to re-establish a private life and form new friendships, or resume friendships with former acquaintances, upon your return,” the letter adds.

The response has caused widespread outrage in the academic community and a retaliatory open letter, doing the rounds on social media and now signed by over 900 academics and students, describes Islam as an “outstanding young academic with a promising career in the UK”. It urges the Home Office to reconsider its stance and calls on Home Secretary Priti Patel for “appropriate discretion” in deciding her application.

“Her case is distressing, but it also sends a foreboding signal that despite policy changes to protect Tier 2 researchers, UK universities will continue to lose the talented PhD researchers that they have invested years in training,” notes the open letter.

“Her qualitative research on the ground in New Delhi is the key element of her PhD’s contribution to knowledge. Her research is an asset to the UK and its academic community, yet her very success in academic fieldwork is now being held against her,” it notes.

Islam plans to appeal against the Home Office decision, which she believes flies in the face of the UK government’s “Global Britain” message.

“Good luck building a ‘Global Britain’ when you can’t even support global universities,” she said.

The UK Home Office does not comment on individual cases but said that it considers each immigration application on its own merits, on a case-by-case basis. An ILR application under the Tier 4 student visa category is normally turned down if an individual has been out of the UK for more than 540 days over the course of 10 years.