PM Narendra Modi, the first Indian prime minister to visit Bahrain, was received by Prince Khalifa at the airport. 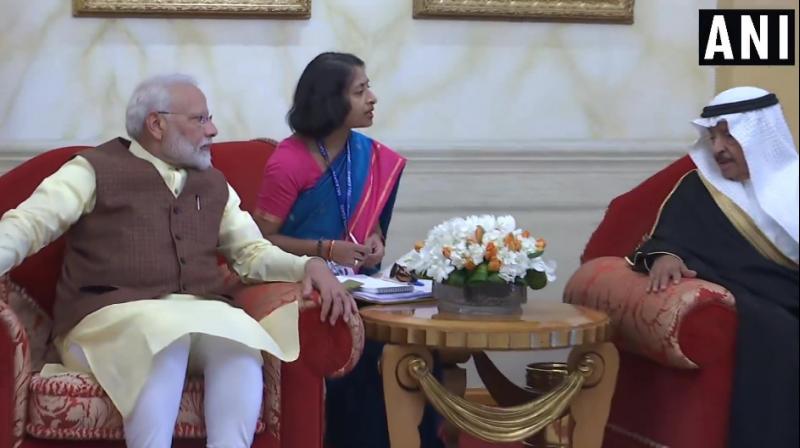 Before the talks, Modi was extended a ceremonial welcome at Al Gudaibiya Palace here.

PM Modi, the first Indian prime minister to visit Bahrain, was received by Prince Khalifa at the airport.

PM Modi, who is on the third leg of his three-nation tour to France, UAE and Bahrain, will also hold talks with King Hamad bin Isa Al Khalifa.

On Sunday, he will witness the formal beginning of the re-development of the temple of Shreenathji -- the oldest in the Gulf region.

The prime minister arrived here from the UAE where he held talks with the Crown Prince of Abu Dhabi, Sheikh Mohammed bin Zayed Al Nahyan and discussed measures to improve trade and cultural ties between the two countries.