World should keep in mind plight of children in Kashmir: Pak

Pakistan has been trying to internationalise the Kashmir issue. 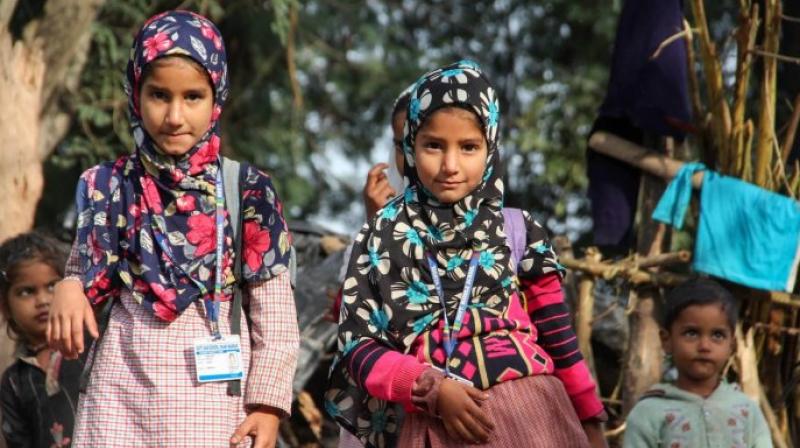 The Foreign Office in a statement said Pakistan reaffirms the right of every child to grow, learn, play and flourish with dignity. (Photo: Representational | PTI)

Islamabad: Pakistan on Wednesday said the world should keep in mind the plight of children in Kashmir on the occasion of the 30th anniversary of the adoption of the UN Convention on the Rights of the Child (CRC).

The CRC is a human rights treaty which sets out the civil, political, economic, social, health and cultural rights of children. The UN General Assembly adopted the Convention and opened it for signature on November 20, 1989. It came into force on September 2, 1990.

The Foreign Office in a statement said Pakistan reaffirms the right of every child to grow, learn, play and flourish with dignity.

On this day, the world must not forget the plight of the children in Jammu and Kashmir, it said.

It said the UN High Commissioner for Human Rights, UN experts and international civil society have documented in detail the human rights violations in Kashmir against unarmed children.

Pakistan called upon the international community to become the voice of the children of Kashmir and urge India to immediately stop its illegal policies and practices that are in contravention of its own obligations under the CRC.

Pakistan is fully committed to upholding its international and national obligations for the promotion and protection of the rights of the child, it said.

The premises of Prime Minister's Office and Ministry of Foreign Affairs have been lit blue as a manifestation of commitment to upholding the principles and objectives of CRC, it said.

"We remain committed to inclusive and sustainable development by promoting good quality standardised education for all our children. We are also mindful of the challenges faced by the girl child, and committed to addressing them," it said.

Pakistan has been trying to internationalise the Kashmir issue but India has asserted that the abrogation of Article 370 was its "internal matter". New Delhi has also asked Islamabad to accept the reality and stop its anti-India rhetoric.

The Ministry of External Affairs had said the UNHRC report was "overtly prejudiced" and seeks to build a "false narrative".