The Israeli army said they had targeted around a dozen military sites, including warehouses and military command centres. 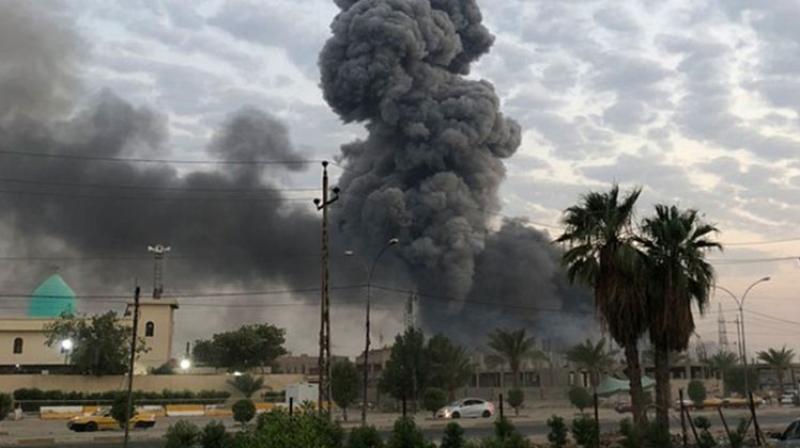 Israel has carried out frequent air and missile strikes against Iranian targets inside Syria since the country descended into civil war in 2011. (Photo: File)

Jerusalem: The Israeli army carried out a "wide-scale" attack against Iranian forces and Syrian army targets in Syria Wednesday, killing at least 11 fighters, the Israeli army and a monitoring group said.

In a rare confirmation of their operations in Syria, the Israeli army said they carried out dozens on strikes against the Iranian elite Quds Force and the Syrian military, in response to four rockets fired at Israel a day before.

At least eleven "fighters" were killed in the strikes, said Britain-based monitoring group the Syrian Observatory for Human Rights (SOHR). Seven were foreigners, its head Rami Abdel Rahman said, though he could not confirm whether they were all Iranian.

Four civilians were also wounded, he added. Iran has fought alongside Syrian President Bashar al-Assad's forces in the country's eight-year civil war, heightening Israeli concern over the presence of its arch foe along its border.

"Whoever hurts us, we will hurt him," Israeli Prime Minister Benjamin Netanyahu said in a statement.

The Israeli army said they had targeted around a dozen military sites, including warehouses and military command centres.

The most important target, he said, was a control facility at the main international airport in Damascus.

"It is the main building that serves the (Iranian) Revolutionary Guards... for coordinating the logistic facilities of transport of military hardware from Iran to Syria and from Syria onwards," he said.

Israel has carried out frequent air and missile strikes against Iranian targets inside Syria since the country descended into civil war in 2011, but rarely comments on them. On Tuesday four rockets were fired at Israel from Syria, with the army blaming an "Iranian force".

The Israeli attack Wednesday began in the early hours, with a series of large explosions rocking Damascus, an AFP correspondent in the city said. Syria's state media SANA said Syrian anti-aircraft defences responded to a "heavy attack" by Israeli warplanes over the capital.

The Israeli army confirmed missiles were fired towards its jets but denied any were hit. In response to the fire, it said, "a number of Syrian aerial defence batteries were destroyed".

"We hold the Syrian regime responsible for the actions that take place in Syrian territory and warn them against allowing further attacks against Israel," the army said.

SANA added that the strikes were carried out from "Lebanese and Palestinian territories". Israel sometimes launches its attacks on Syria from planes flying over neighbouring Lebanon.

Syria's civil war has been complicated by the involvement of multiple foreign powers, with Russian, Iranian and US forces on the ground backing various parties.

The SOHR monitoring group said Tuesday's rockets were fired from positions around the Syrian capital held by groups loyal to the Damascus government. The flare-up follows a major escalation in and around Gaza last week when Israel killed a top commander of Palestinian militant group Islamic Jihad, which is allied with Damascus.

The killing was accompanied by a second strike, unconfirmed by Israel, on an Islamic Jihad leader in Damascus that killed his son and another person.

The hundreds of strikes carried out by Israel in Syria have mostly been against Iranian targets or positions of Iran's Lebanese ally, Shiite militant group Hezbollah.

Both are sworn enemies of the Jewish state and have backed the Syrian president's forces with advisers and fighters.

The war in Syria has killed more than 370,000 people and displaced millions.