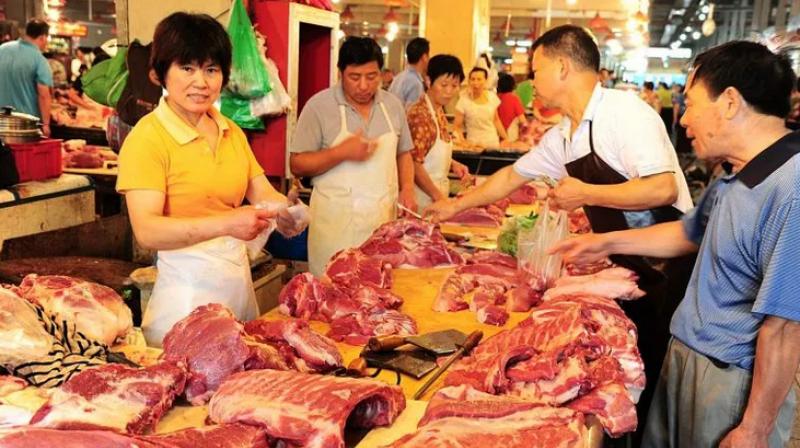 The move is dangerous as scientists believe that the Covid-19 causing coronavirus first lurked in a bat in China and hopped to another animal, before getting passed on to humans.

Various reports suggest that a 55-year-old man from China's Hubei province could have been the first person to have contracted Covid-19 through one such 'wet market'.

"The markets have gone back to operating in exactly the same way as they did before coronavirus," Washington Examiner quoted a correspondent of 'A Mail on Sunday' as saying.

However, the markets are under watchful eyes of guards, who ensure no one is able to take pictures of the blood-soaked floors, slaughtering of dogs and rabbits, and scared animals cramped in cages.

Huanan Seafood Market in China's Wuhan is believed to be the epicentre of coronavirus, which swept the world, engulfing millions as far as the United States and killing nearly 38,000 people.

"The evidence is highly suggestive that the outbreak is associated with exposures in one seafood market in Wuhan," the World Health Organisation had said in a statement on January 12.

Four months on, the pandemic seems to be far from over even as Beijing celebrates victory over coronavirus with no vaccination insight for the pathogen, which many people worldwide call Wuhan virus or Chinese virus.

"Everyone here believes the outbreak is over and there's nothing to worry about anymore. It's just a foreign problem now as far as they are concerned," a China-based correspondent was quoted by Washington Examiner.

Several scientists, medical experts and animal rights activists have called for a ban on China's wet markets but the Asian country seems to have not leant from its mistakes.