It will dislocate the entire region and be another action similar to what happened in Ukraine, Biden said 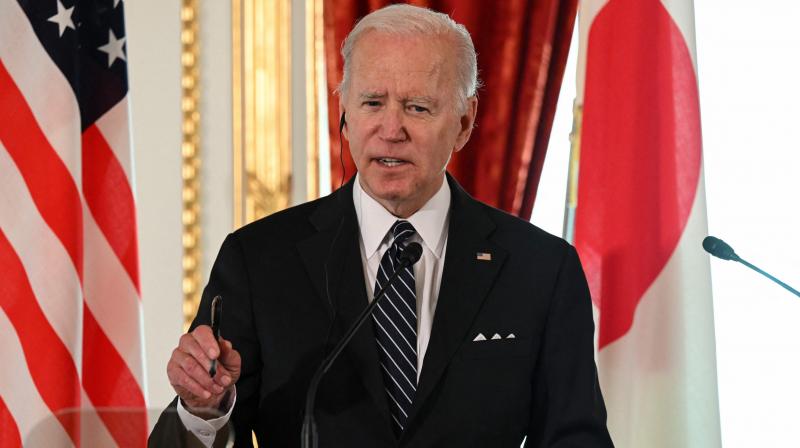 US President Joe Biden attends a press conference at the Akasaka Palace in Tokyo on May 23, 2022. (Photo by SAUL LOEB / AFP)

"That's the commitment we made," he said when asked if Washington would intervene militarily against a Chinese attempt to forcibly take control of Taiwan, which Beijing considers a renegade province to be unified with the mainland.

"We agreed with the One China policy, we signed on to it... but the idea that (Taiwan) can be taken by force is just not appropriate.

"It will dislocate the entire region and be another action similar to what happened in Ukraine."

In his strongest comments to date on the issue, Biden directly linked the outcome of Western attempts to help Ukraine repel the Russian invasion with lessons likely to be learned in Beijing regarding Taiwan.

It's "important that Putin pay a price for his barbarism in Ukraine", Biden said. "Russia has to pay a long-term price."

This is "not just about Ukraine", Biden said, because China is watching to see if Western pressure on Russia slacks off.

"What signal does that send to China about the cost of... attempting to take Taiwan by force?" he asked.

Biden said China does not have "jurisdiction to take Taiwan by force".

Signalling that he expects an invasion "will not happen", Biden said however that this "depends... how strong the world makes clear" there would be a price for an invasion.