World   Americas  20 Jan 2017  We have by far the highest IQ of any Cabinet ever: Donald Trump
World, Americas

We have by far the highest IQ of any Cabinet ever: Donald Trump

Addressing the luncheon, he gave a shout-out to his Cabinet picks, including his choice for Attorney General Jeff Sessions. 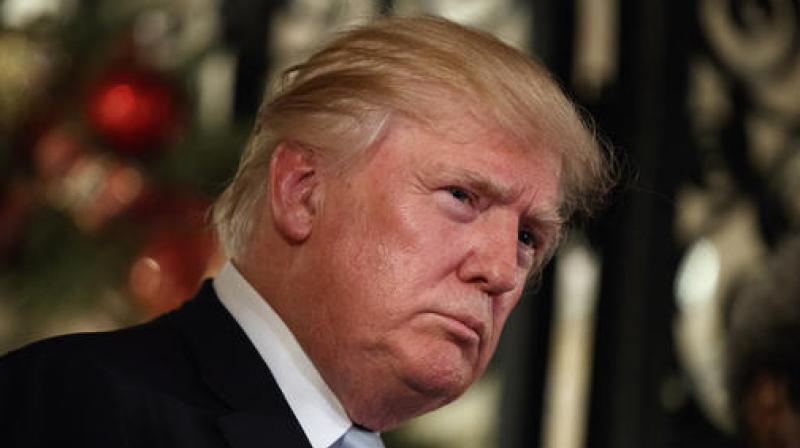 Washington: Donald Trump, who takes the oath of office tomorrow as the 45th President of the United States, on Friday said his cabinet has "by far" the highest intelligence quotient.

"We have a lot of smart people. We have by far the highest IQ of any Cabinet ever selected," Trump said at a luncheon in his honour at the Trump International Hotel in Washington DC.

Addressing the luncheon, he gave a shout-out to his Cabinet picks, including his choice for Attorney General Jeff Sessions, Tom Price, Trump's nominee to lead Health and Human Services and Indian-American Nikki Haley, his US envoy to the United Nations.

Pointing out to Haley, Trump said, "I think we are going to do a lot of great things Nikki, right?. Thank you for going through this. You did a fantastic job," he said as the guests applauded.

In his remarks, Trump mentioned he had sent Haley "over to speak to China" without saying anything further. He also said his pick for Treasury Secretary Steven

Mnuchin is "right now getting grilled" during his confirmation hearing at the Senate and "he is doing a great job, fantastic job".

Before addressing the gathering, Trump invited his wife and incoming First Lady Melania to speak. "It's great to be here. Thank you for your support.

Tomorrow we start with the work. We will make America great again," she said to a round of applause.

Trump was also joined by his family at the event. The incoming President arrived in Washington earlier in the afternoon and has a day full with inaugural engagements, including a concert in the evening at the Lincoln Memorial.

He will also be visiting the Arlington Cemetery for a wreath laying ceremony and will have a candle light dinner in the evening.