US tells countries in South China Sea to exercise restraint

China protested when a US Air Force Bomber flew over South China Sea ahead of the meeting between the Trump and Xi Jinping at G-20 Summit. 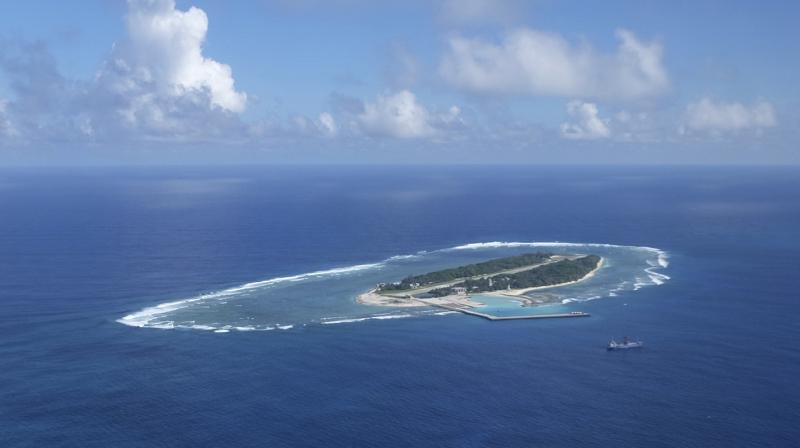 Washington: The Pentagon urged countries to exercise restraint in East and South China Sea and avoid indulging in provocative behaviour.

"We would continue to urge everybody in that area, in the South China Sea and the East China Sea, to exercise restraint and not do things that are provocative and to respect each other's sovereignty in their operations," Pentagon Spokesman Navy Capt Jeff Davis told reporters during an off-camera news conference.

Capt. Davis was responding to questions on Chinese H-6 bombers flying over the Bashi Channel and the Miyako Strait several times over the past week. The Chinese Defense Ministry further told Japan that they should "get used to it".

"China's air force over the past week conducted multiple drills far out at sea, with H-6K bombers and many other types of aircraft flying through the Bashi Channel and Miyako Strait, testing actual battle capabilities over the sea," Chinese Air Force spokesman Shen Jinke was quoted as saying by the state-run CGTN website.

Japan scrambled fighters in response, the Japanese media reported. "It is legitimate for Chinese military planes to fly through the strait, and more similar training will be conducted on the high seas as needed," China Defense Department spokesman Ren Guoqiang said. "The parties concerned don't need to overact and make a great fuss about it. They will feel better after getting used to such drills," he had said.

However, China had protested when a US Air Force Bomber flew over the South China Sea ahead of the meeting between the US President Donald Trump and his Chinese counterpart Xi Jinping, on the sidelines of the G-20 Summit in Hamburg, Germany.