Sullivan said that China's model of development is upending cooperative approach from South Pacific to the Indian Ocean. 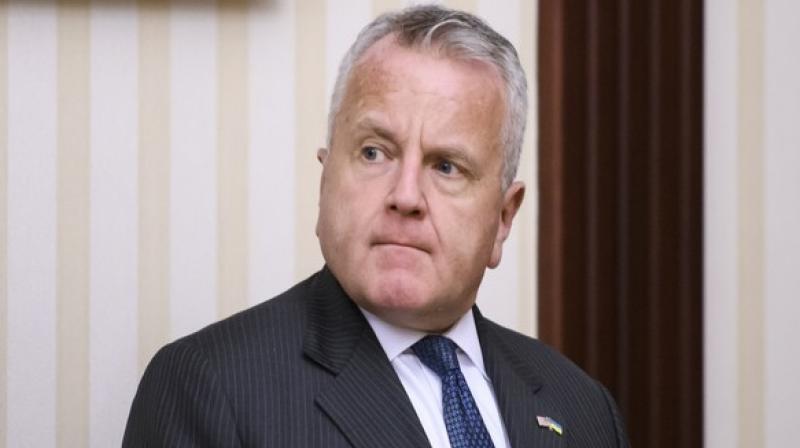 The US diplomat noted that the vitality of the bilateral partnership between New Delhi and Washington is an important factor in determining whether Beijing ultimately succeeds in reshaping Asia to its purposes. (Photo: ANI)

New Delhi: The United States wants to see China competing fairly in the rules-based order in the Indo-Pacific region, Deputy Secretary of State John J Sullivan has said amid rising tensions between the two sides.

Speaking at the India-US Forum here on Friday, Sullivan said, "What we seek is a China that competes fairly in the rules-based order that has brought increased prosperity to so many (countries) for the last many decades. But we recognise we can't do this alone. We need like-minded partners."

"To meet that challenge, the US and India working with other like-minded nations must redouble our efforts to strengthen and promote the fundamental principles necessary for economic prosperity in the Indo-Pacific. Those economic principles are underpinned by the more basic values that India and the US hold dear -- our commitment to democracy, the rule of law, the freedoms of religion and expression," he added.

Sullivan said that China's model of development is upending cooperative approach from South Pacific to the Indian Ocean.

"Despite its claims of mutual benefit, China's policies and actions seek to rewire the Indo-Pacific to advance its own interests," he stressed.

The US diplomat noted that the vitality of the bilateral partnership between New Delhi and Washington is an important factor in determining whether Beijing ultimately succeeds in reshaping Asia to its purposes.

Sullivan underlined that the Indo-Pacific region will continue to gain from the promotion of a rules-based order that prioritises private sector-led growth.

"As foreign companies look to de-leverage and de-risk their operations in China, they will look to invest elsewhere. We support India's efforts to take on meaningful reforms designed to increase infrastructure development, liberalise trade and maximise its integration into global supply chains," he said.

Talking about the trade war, Sullivan asserted that Washington is halting all "abusive trade practices" that have harmed American firms for "far too long".

"And make no mistake, there has been a change in our approach to China since I served as the US Deputy Secretary of Commerce. Our eyes are our now open and the tide is turning," he said.