The ‘s’ denotes a small upgrade over the A50, which was one of Samsung’s most sold devices and the A30. 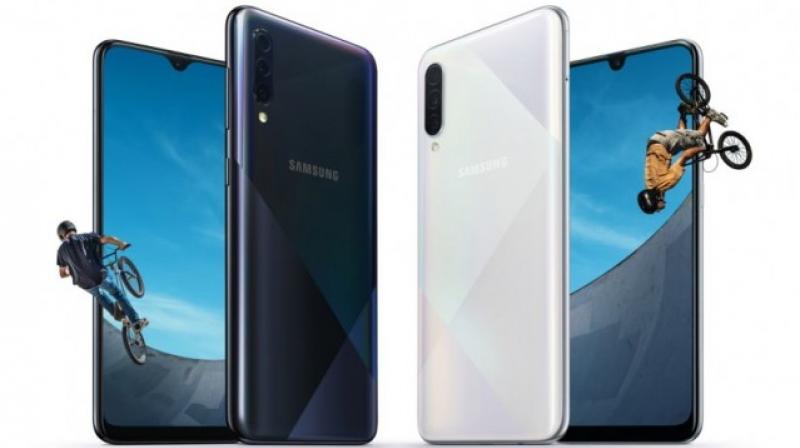 Samsung has revamped the back of teh phones and brings a new geometric design and four colour options.

Samsung recently unveiled the Galaxy A50s and A30s series. The ‘s’ denotes a small upgrade over the A50, which was one of Samsung’s most sold devices and the A30. Here’s what’s new in the phones

Samsung revamped the back of the Galaxy A50 to add a more geometric design in the A50s. The new phone will come in four colours—Prism Crush Black, Prism Crush White, Prism Crush Green, and prism Crush Violet. 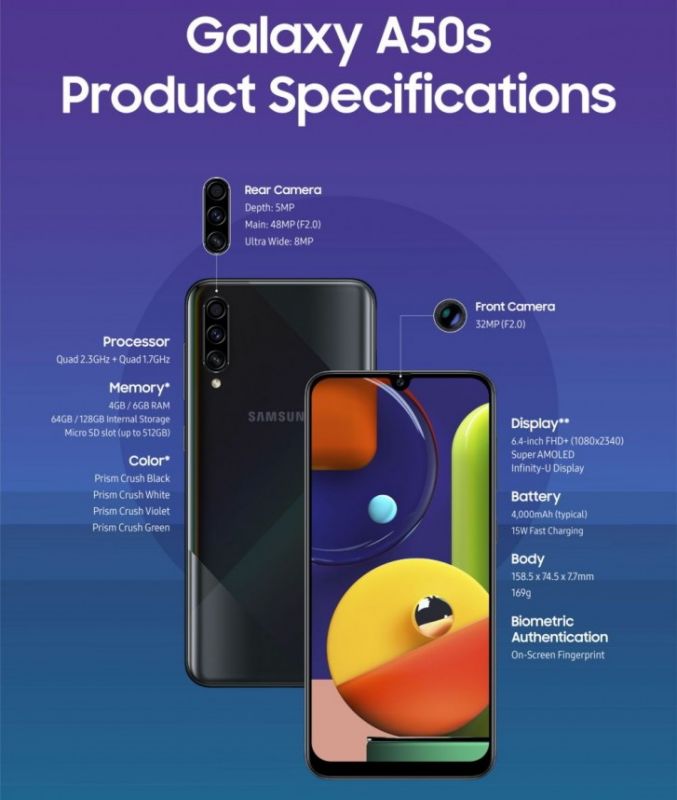 The Galaxy A50s also brings in the Samsung ISOCELL 48MP sensor on the main camera, which will work alongside the 8MP ultra-wide lens and the 5MP depth sensor. The front-facing camera also gets upgraded from a 25MP sensor to a 32MP one. The rest of the phone is essentially same as the Galaxy A50.

There is as of now no word on the pricing and the availability of the new A50s.

The Samsung Galaxy A30S gets the new geometric design as well and will be available in the same four colour options. The rear camera has been upgraded to a 25MP sensor. The 5MP depth sensor is still there and a new 8MP ultra-wide sensor gets added to the rear module. The front facing camera is still the 16MP f/2.0 sensor. The phone also has an in-display fingerprint sensor; the old one had a rear-mounted sensor. 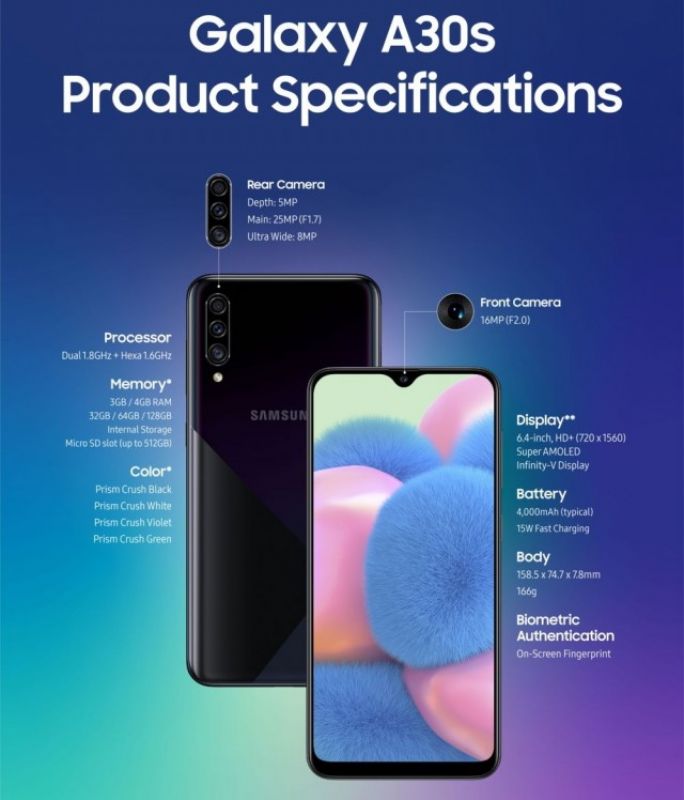 The A30s also has no word on its pricing and availability as of now.