The handset is expected to launch on May 21 and one of the cameras here will comprise of a Sony IMX600 sensor. 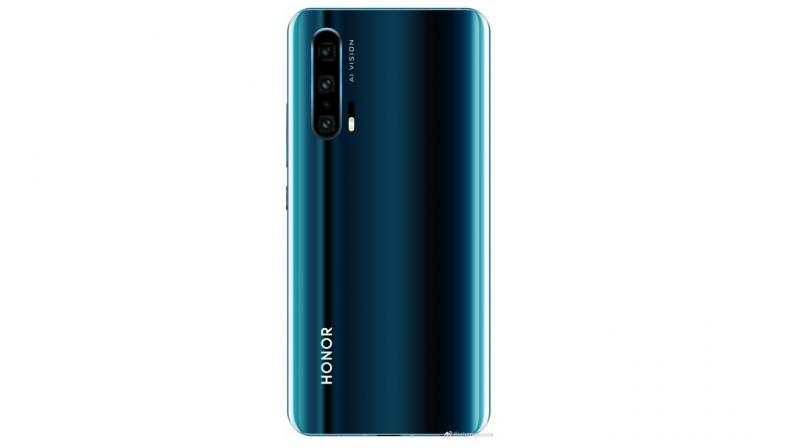 On May 21, the Honor 20 series of devices are expected to be announced. (Photo: Weibo)

The rumours about the Honor 20 have been gaining steam and even though there’s over a month till its launch, the details keep on trickling in. After hearing a fair bit about the handset, we now see how it will look once it is unveiled on May 21.

As per a report by GSMArena, the leaked render shows off the quad-camera set up on the rear with the top-most one looking like a 5x periscope camera. The report goes on to add that the other three sensors are supposedly a standard shooter, an ultra-wide angle lens and possibly a 3D ToF sensor. The primary sensor on the Honor 20 Pro is said to be a Sony IMX600 sensor.

On May 21, the Honor 20 series of devices are expected to be announced and they will include the aforementioned Honor 20 Pro, the Honor 20, and the Honor 20i. The brand has already started taking up pre-orders on its Vmall retail website.

Watch this space for more on the Honor 20 series closer to the launch date.