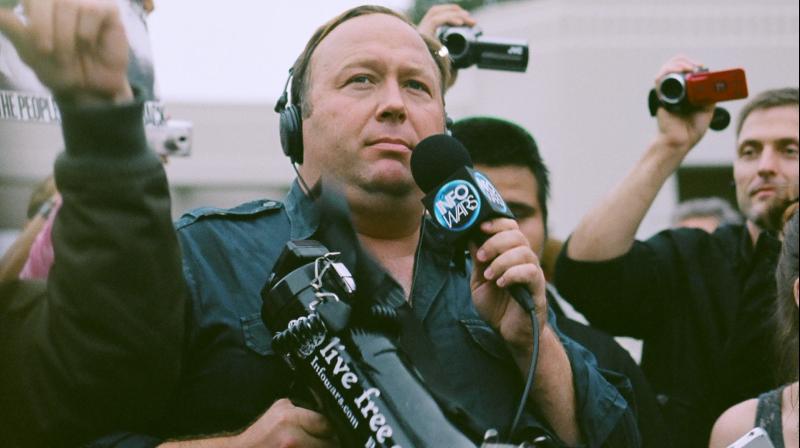 Alex Jones still gets to rants and other conspiracy theories being featured as it were the truth.

Chennai: Alex Jones is in some ways similar to our desi ‘gurus’ spouting unscientific information on primetime TV. His radio show InfoWars spins conspiracy theories faster than an industrial mill and has a following among extreme right-wingers and gullible conservatives in the US.

For a long time, tech companies were enabling the widespread reach of the fake news propagated on InfoWars by allowing Alex Jones on their platforms. But with the coronavirus having become a frightful pandemic, and the spread of fake news about it blunting the effectiveness of lockdowns, Alex Jones’ strides on the internet have been cut short.

Google has finally removed the InfoWars app from its play store, which was the only mainstream platform on which it was allowed to continue till now. The app had more than 1,00,000 downloads. Already, YouTube, Twitter, Apple, Facebook and Instagram had banned Alex Jones from their platforms in 2018 and 2019.

The Android app was removed after Alex Jones was reported to have put out a video on COVID-19 disputing the need for physical distancing and self-isolation to slow the spread of the contagion.

Studies have proven that physical distancing helps “flatten the curve” or in other words slow down the spread of the contagion over a longer period of time, which keeps the healthcare system from being overwhelmed by numerous cases all at once.

“Now more than ever, combating misinformation on the Play Store is a top priority for the team,” a Google spokesperson was quoted as saying by Wired. “When we find apps that violate Play policy by distributing misleading or harmful information, we remove them from the store.”

While in India fake babas have been touting gomutra (cow’s urine) as a cure for the coronavirus COVID-19, Alex Jones’s app asked users to buy his toothpaste claming that it “kills the whole SARS-corona family at point-blank range.” Only after a court’s cease-and-desist order stopped the phony product from being sold.

Alex Jones of course called Google’s action suppression of free speech guaranteed to the American people. He put out a video response on his InfoWars video platform, claiming that Google and other big tech companies were working against President Donald Trump, and that his app was thrown out of Play Store because he had shared information about supposed coronavirus treatment.

Scientists are yet to find a cure for COVID-19, although several clinical trials are experimental treatments are being conducted, most of which treats the symptoms that could overwhelm the human body’s immune system, rather than kills the virus altogether.

Earlier this month, Google issued a joint statement along with other companies such as Facebook, Twitter, YouTube, Microsoft, LinkedIn and Reddit on combating misinformation related to the coronavirus outbreak. That appears to have become the final nail on the coffin of Alex Jones’s false propaganda. Yet, though his reach may be severely limited now, his website infowars.com is still up.