Four of the game's most popular characters come together as T.R.A.P. for Free Fire’s first soundtrack. 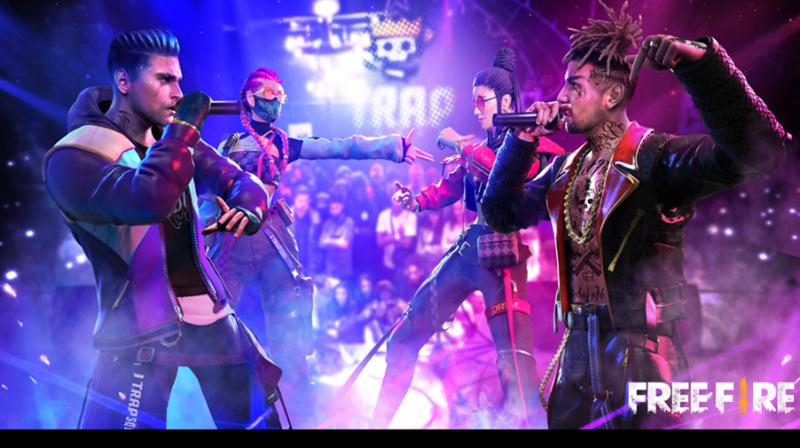 I’m on Fire will be available for download on Spotify and Apple Music, with the music video for all fans to enjoy on YouTube.

Free Fire’s leading characters have come together to present the game’s first self-composed soundtrack and music video. Four of the game’s most popular characters – known as T.R.A.P. – share their journey so far through a rap titled I’m on Fire in all their native languages.

I’m on Fire will be available for download on Spotify and Apple Music, with the music video for all fans to enjoy on YouTube.

I’m on Fire by Moco, Antonio, Miguel, and Kelly expresses the struggles each of their characters have faced, and how they have overcome it in their own right. Free Fire’s first original soundtrack gives players insights into the backstories of their favourite characters, inspiring deeper engagement with the world’s most popular mobile battle royale game.

Moco, Antonio, Miguel, and Kelly rap in English, Spanish, Portuguese, and Japanese respectively, and appeals to the game’s widening fan base all over the world, across languages, geographies, and culture.

All of the outfits worn by T.R.A.P. in the music video personifies their character. Fans of the game can not only listen and enjoy Free Fire’s first original soundtrack, they are also able to be a part of T.R.A.P and I’m on Fire by purchasing their outfits through an exclusive event called Mystery Shop on 23 January 2020, and subsequently via Elite Pass from February 1 2020 onwards.

A special T.R.A.P. event will be taking over Free Fire the week of January 26th. The event will feature T.R.A.P.-inspired clothing for each group member that is guaranteed to intimidate on the battlefield, free T.R.A.P.-themed skin sets, and two permanent gun skins, SCAR Blood Moon and HW Bat. Shortly after the start of the event, a special “Which T.R.A.P. Are You?” personality test will give players the chance to see which group member they most closely resemble. At the tail end of the T.R.A.P. event, a new Team Deathmatch mode will become available between February 1st through February 5th and will feature the recently released Kalahari desert map.

I’m on Fire by T.R.A.P. is Free Fire’s first significant content release for the game in 2020, marking the start of an exciting year where users look set to enjoy various in-game updates that will enhance their overall Free Fire experience.