Google is aware that the women have been tricked, held captive, sexually assaulted and more yet corporate interest dictates indifference. 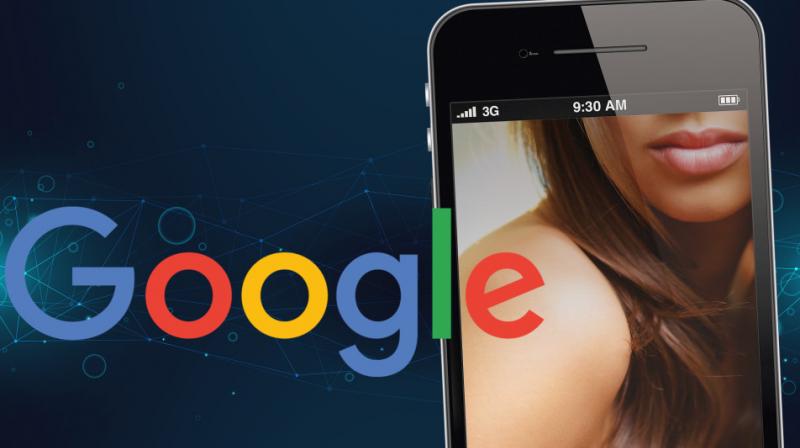 An article by the New York Post highlights the life of a “revenge-porn lawyer” who fights for clients whose naked pictures have been posted on the internet without their consent for the entire world to see. The author, Carrie Goldberg states that her clients include nurses, students, teachers, moms, lawyers, dominatrices, celebrities have all suffered extensively from their most intimate photos being shared publicly. She states that her clients are humiliated, harassed and stalked online by those who have seen this non-consensual material and photos of them on the net. She states, “Without exception, my clients’ No. 1 urgency was always the same — their horrific Google results!”

Goldberg states that nowadays, nobody accepts a date, new hire, roommate or even a college application without first doing a background check on Google. She states, “Google, with its 5.6 billion searches a day and ownership of 92.19 per cent of the search engine market share worldwide, enjoys a virtual monopoly on all of our reputations. It used to be that our reputations developed organically and locally through firsthand encounters and normal word-of-mouth gossip. Now Google’s PageRank algorithms determine what — and how much — people around the world know about us.”

These women were said to be mercilessly exposed online with their names, schools, family members all posted alongside the pornographic videos. These women were then forced to change their names, moved, were dumped, kicked out of their social organizations and fired from their jobs.

Goldberg states that she and the victims sent affidavits to Google asking them to remove the videos; however, Google’s policies dictate only two instances when they will remove content — child pornography and copyright-infringement requests.

Elaborating on this, Goldberg states, “The current policy says Google may remove nude or sexually explicit images that were shared without consent, but the company maintains sole discretion about when to remove nonconsensual pornography. If Google decides it will keep linking to a website that contains your nude images, victims are just out of luck. And there’s no appellate body. There is no law, only corporate policy, that protects (or fails to protect) victims’ most private information. Not even New York’s new revenge-porn laws help here because they are aimed at punishing the individual who nonconsensually shared the material and not the search engines that drive views.

Google knew these women had been tricked, held captive, sexually assaulted and humiliated and were suffering because of the exposure it was causing, but corporate interest dictated total indifference. To this day, Google will not remove those links from their search engine results. The graphic evidence of abuse now haunts these women as they apply for jobs, use social media, seek roommates, date. Most of these women remain underemployed, terrified and unable to lead normal lives because Google won’t lift a finger on the basis of its cynical corporate policy.”

Goldberg adds that one of the few rules of the internet is the sanctity of copyrights. However, when it comes to pornographic content, Google defies its own terms of the service and ignores even that.

Goldberg states, “During a congressional hearing with Google CEO Sundar Pichai in December 2018, Pichai said Google’s big objective was “to provide users with access to the world’s information.” While excellent for finding store hours and movie reviews online, the company’s limitless definition of “information” sweeps in pernicious websites devoted to fake news and conspiracy theories, publishing illegal non-consensual pornography, accusing named individuals of extramarital affairs, sexually transmitted diseases and paedophilia; mug-shot sites that extort money from people — often individuals never charged with a crime — for the picture to be removed; and databases maintained by anti-abortion activists that publish intimate details about abortion providers including their medical licenses, transcripts and home addresses.”

She ends by stating that not long ago, one could escape their past by moving, changing jobs and even transferring schools. However, because of Google, this is now impossible. Google now controls the ranking of absolutely everything ever sees. Goldberg states, “It’s no coincidence that Google quietly removed their “don’t be evil” motto from its corporate code of conduct in May 2018. Its recent and past treatment of sexual privacy proves that Google is finally willing to embrace its policy of being evil.”

Check out the entire article here.