Where India could have leverage with China is not in manipulating ByteDance’s revenues but if it got into the semiconductor space. 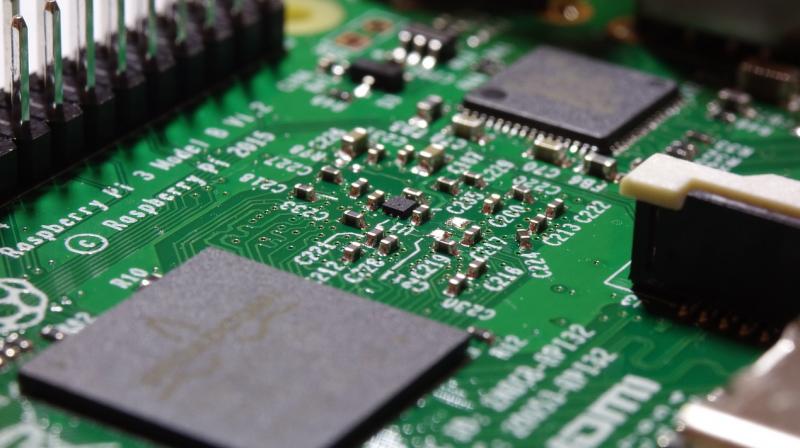 The Ministry of Electronics and Information Technology published a programme that outlines incentives that focus on electronics manufacturing (of which semiconductors are a subset). However, none of the above has translated into a significant shift that puts India at a comparative advantage when it comes to semiconductor manufacturing. (Photo | Pixabay - Mika Mamy)

In case you have been following the news, developments around TikTok are hard to look away from. The app has been associated with Twitter, Apple, and Microsoft. Closer home, reports have surfaced claiming that ByteDance is in talks with Reliance for investment in the short video app. While news around TikTok’s future is catchy, it takes away from the more significant shifts that are currently occurring in the global technology landscape.

I am specifically talking about semiconductors.

As things stand, the global semiconductor landscape is too essential and diversified for India to miss out on. In case you are not familiar, semiconductors are the foundation of modern age of technology. Advancements in the semiconductor space make possible virtually everything, including smartphones, washing machines, toasters, cars, and every single piece of advanced military equipment. And while the world has not been looking, semiconductors are being used as a means for the US and China to engage in high tech warfare.

The world not looking seems to be part of a larger pattern. But it can be hard to pin down why not enough people pay attention. Maybe it’s because the industry has always been in the background and the supply chain worked just fine for the most part. Or because semiconductors are not always seen as an end product, but a part of smartphones. Or because the customers of semiconductor chips are not regular people, but instead companies like Apple and Huawei, who in turn make consumer products. Or maybe it is all of the above. Most of these reasons also explain why TikTok is so prevalent in the discourse, apart from being a hugely divisive app.

But while the world has not been looking, the battle for the future of semiconductors seems to be heating up. The US placed sanctions making it harder for China to manufacture its own chips. Intel recently claimed that it was considering outsourcing its manufacturing (presumably to Taiwan). Huawei admitted that the supply of high-end Kirin smartphone chips will run out soon.

If you are just hearing about all of this for the first time, it might be hard to make sense of what is happening. The way I conceptualise all of this is to look at choke points in the supply chain. Let me explain. The semiconductor manufacturing process is a complex one with multiple stages. Broadly, they are procuring raw materials, designing the chips, fabricating the chips, packaging, and testing the final product.

Each of these stages has smaller sub-stages with their own dependencies. For instance, specialised companies create niche machines that enable chip manufacturing companies to create smaller yet more powerful chips. Similarly, specialised companies manage and license intellectual property to multiple companies that design semiconductor chips. In most of these stages there’s a single player (or a few) that have global dominance. In cases where such dominance exists, it can be used by countries like the US and China to make each other suffer.

For instance, ASML Holdings, a company based in Veldhoven, Netherlands, is the only company that supplies cutting edge photolithographic machines (that can be used to etch patterns on chips). Similarly, the Taiwan Semiconductor Manufacturing Company (TSMC) in Taiwan, is the world’s biggest foundry (a company that manufactures chips).

Putting pressure on TSMC to not sell to Huawei is why the latter is in a fix. Also, ARM Holdings (owned by Softbank) is omnipresent as a technology provider of processor IPs present in virtually every smartphone. Similarly, Samsung and SK Hynix in South Korea and Micron Technology in the US together hold roughly 97 per cent of the DRAM world market

The big takeaway from how these pinch points are being used and how the high-tech warfare is developing is that China is trying to build a semiconductor industry of its own while the US aims to make it as hard for them as possible. Taiwan is the current leader in manufacturing and is likely to remain that thanks to TSMC.

What you will notice from the background presented above is the lack of involvement India has in the current semiconductor value chain. And that is a real problem. There have been murmurs on this front. Piyush Goyal, Minister of Commerce and Industry, has called upon the industry to set up a chip manufacturing unit in India. The Ministry of Electronics and Information Technology (MeitY) also published a programme that outlines incentives that focus on electronics manufacturing (of which semiconductors are a subset).

However, none of the above has translated into a significant shift that puts India at a comparative advantage when it comes to semiconductor manufacturing. At this point, maybe manufacturing is not the right sector to get into. Perhaps design, testing, or packaging could be better suited as areas of investment for India. But for any of those things to move, it is important to shift focus to the semiconductor industry, instead of disproportionately assigning it to TikTok.