Moj says its focus is on building and expanding the creator ecosystem, with the help of artificial intelligence and machine learning. 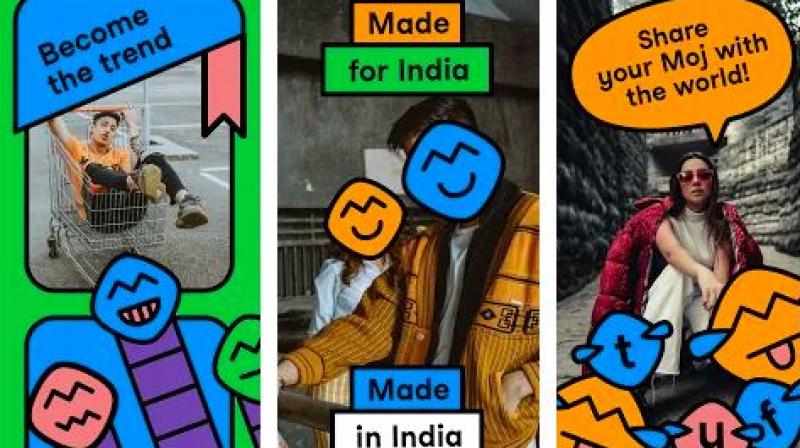 With 50 million downloads already, Moj says it will encourage and grow high-quality talent by offering creators all kinds of assistance such as workshops, training and so on to help them succeed on the platform.

New Delhi: Moj, a short video app by social media platform ShareChat, on Thursday said it is investing in offering new tools to help creators develop content and engage audiences across the country.

Moj debuted on Play Store on July 1, two days after the Indian government had banned 59 apps with Chinese linkages, including TikTok.

“Our teams developed the app in 30 hours. And within a short period of time, we have garnered more than 50 million downloads,” ShareChat co-founder and COO Farid Ahsan told PTI.

Moj has an average of over 2.8 million users creating about 2.5 lakh new videos every day, he said, adding that users had consumed over 3.4 billion minutes of video play in the first month itself.

“We are now investing in providing creators more tools to help them create engaging content. We are investing in grooming them, putting them in touch with global creators to grow further,” he said.

Ahsan, however, refused to reveal the budget earmarked, stating that the situation is dynamic and the company will make the investment necessary for these efforts.

He noted that the focus is on building and expanding the creator ecosystem on the platform, powered by technologies such as artificial intelligence and machine learning.

Moj will look to encourage and grow high-quality talent on the platform by offering creators all kinds of assistance like workshops, training etc to help them succeed on the platform, he added.

Ahsan said a large chunk of Moj’s userbase was from 10 Indian cities.

He added that Moj will look at commencing monetisation efforts from next month, and will help creators engage with brands as well.

The company is also in discussions with various music labels to expand its library and is also hiring staff as it expands its operations.

“ShareChat had laid off staff as the pandemic brought in challenges. However, we brought back 50 per cent of them overnight as we started working on Moj,” Ahsan said.

Homegrown apps such ShareChat, Roposo and Chingari have also seen a significant growth in downloads and user signups on their platforms since the government banned a number of apps with Chinese links.