Technology   In Other news  09 Mar 2018  How Apple’s Pencil is drawing the path for future professionals with iPad Pro
Technology, In Other news

Apple’s iPad Pro is not any conventional tablet or iPad from Apple. 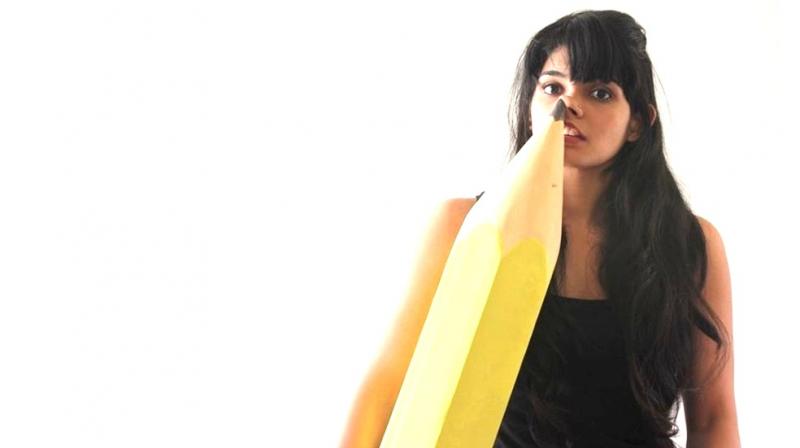 The Pencil is a tool that professionals can not only rely on, but swear by.

There was a time when artists used to rely on the old tools like a pencil and paper canvas to draw down their imaginations. Problems such as erasing and corrections would ruin their hours of efforts, forcing them to redo their hard work, and would frustrate many. Then came along the convenience of a digitiser which made an artist’s job easier than before — it not only cut down their time, it also took away the hardships of reworking on projects that needed corrections and adjustments. However, digitisers are bulky and need to be connected to the laptop or desktop to function entirely.

Fast forward into 2017 and Apple finally created something which professionals today can drool on — the iPad Pro with Pencil. The Pencil took away the hassles of the regular drawing tools and the iPad Pro gave the artist his reusable canvas. Apple’s iPad Pro is not any conventional tablet or iPad from Apple. It features cutting edge technology in the hands of professionals in comparison to any other conventional equipment out there.

The Pencil is a tool that professionals can not only rely on, but swear by. Clubbed together, the iPad Pro and the Pencil has now made creating art as easy and fast as anything unimaginable. The portability of the iPad Pro is remarkable, which allows professionals to now carry along their entire work desk with them, anywhere — be it on a train journey or on a hiking trip in the highest altitude. Featured in two models, the iPad Pro sports a 10.5-inch or 12.9-inch display with variants ranging from 64GB to 256GB and 512GB storage. The smaller iPad Pro weighs in at just 477g, while the larger 12.9-incher hits the 692g mark — which is still way lighter than any laptop out there. Club along a Pencil and a keyboard, and you have a full-blown workstation at your disposal, anywhere you can imagine it to be.

With resolutions of up to 2732x2048 pixels featuring Retina display with ProMotion technology and a mind-blowing 120Hz display, the Pencil works on the display like a charm — you won’t feel the difference between working on the iPad Pro and a real pencil and paper. The iPad Pro is also powerful — powered by an A10X chip with an embedded M10 coprocessor, it ensures that you won’t be bored whilst working anymore. Lastly, a 41 Watt battery ensures you to work in the wilderness for as long as 10 hours at a stretch. To complete the powerhouse, Apple has also squeezed in a remarkable audio and camera technology and 4G LTE connectivity that will make sure you won’t find anything missing. In short, the iPad Pro gives users an ultimate option to take their work outdoors.

Is the Apple iPad Pro and Pencil only good on paper or is it practically useful in the real world? The iPad Pro is a few months old now and we were anxious to know how some professionals were using it and what their views about the product were. We hit on Alicia Souza, a Bengaluru-based illustrator and entrepreneur who is popular on both Instagram and Facebook for her comic strips and doodles about her life. Alicia uses Apple’s iPad Pro and Pencil for her work and has made a complete switch from the conventional to the new tech, and enjoys her work even more now. Here is what Alicia had to say in her own words. Ah! And before we forget, we also give you a glimpse of some of her ‘effort-less’ drawings that she ‘Pencil’ed on her iPad Pro. 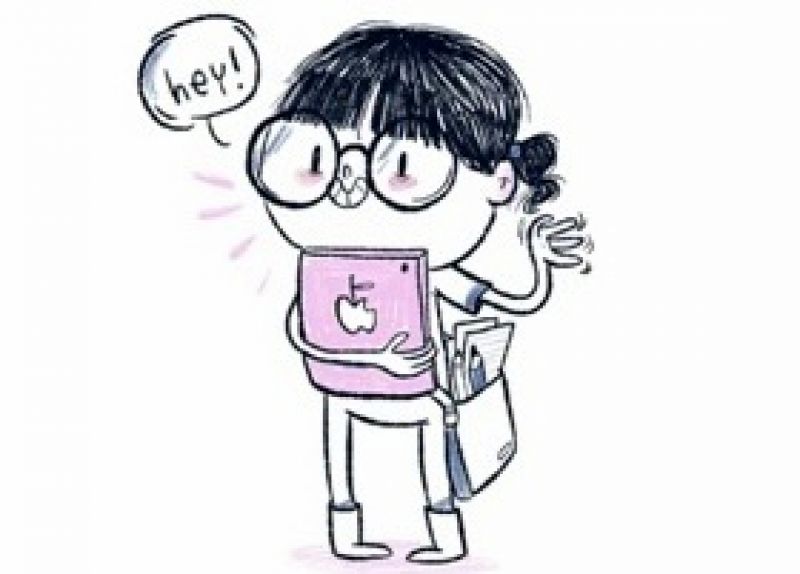 Let me start with you getting to know me as a person. I’m one of those old souls. My grandma would call me a grandma, my mom tells me I should really start listening to ‘younger’ music and I truly believe I came from a simpler time. Having said that, I love our time! I feel like I’m plucked from another generation and put into a new one so that every so often when I’m introduced to new tech, my eyes pop out more than the average 30 something. I’m 30-something. I tell you about my grandmother-ness but also let me tell you about my child-like interests. I literally have the best job in the world. I draw for a living. And I make stuff. I make ALL the stuff that I ever wanted to buy as a kid and never had enough money to. I make stickers and notebooks and stationery, which make my eyes glaze over when I see at stores. Let’s just say life is good.

Why I told you about me is because I need you to understand my scepticism and at the same time my curiosity with gadgets. My old personality spewing scepticism of requirement and my young personality of realllyyyyy wanting to try something new. This works really well for me because my job requires me to have both. I am an illustrator and an entrepreneur. I draw for my company, where we manufacture artist merchandise and I draw for corporate clients because I freelance as well. I also draw for social media where I post daily, so with all these things on my plate, my process of working is fast, and my free time Nil. 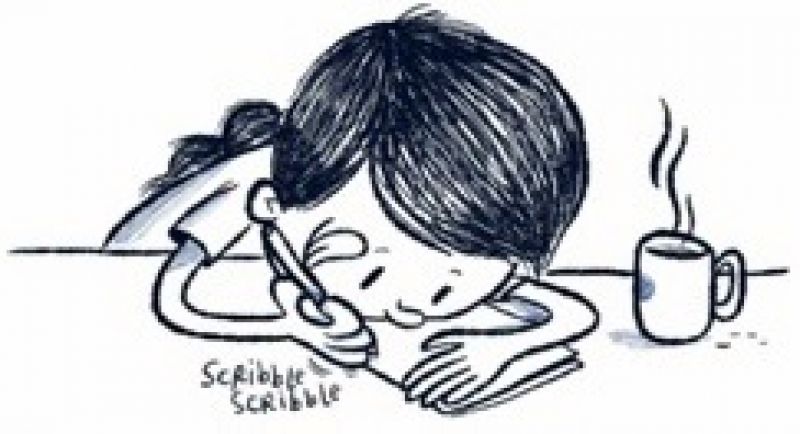 The sound of a pencil scratching on paper. That’s my conch shell instant calmness. I’ve been told my head almost touches the paper when I draw because of this. How do I explain that extreme satisfaction of a scratch that’s not quite a scratch but not quite a drag? Lead going for a stroll? 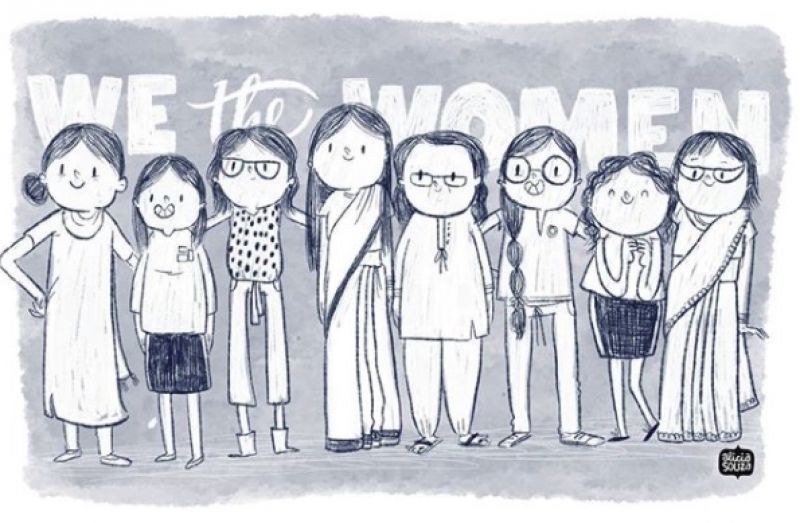 I drew on paper ever since I could remember. Always the cheapest paper, being untrained as an artist and not straying off a student budget for most of my growing years. As I turned from student to professional, a lot of things added to my bag, but a paper and pencil remained. The other things that got added to my bag were devices or ‘techy tools’, as I like to call them.

I remember picking up the iPad Pro and expecting that usual millisecond delay that makes it the tiniest yet starkest difference between off-screen and onscreen drawing, but none! Woah, I remember thinking, processing the intricacy that it captured, and two days later, I was hooked. 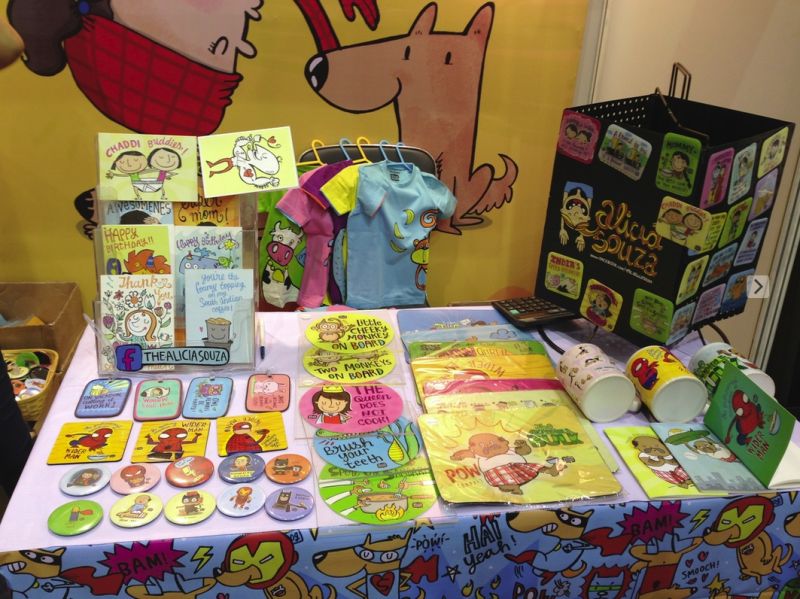 My process since then has remained the same for the most part. I draw on paper with a pencil, as my childhood self would approve. Then I ink it with a brush or a brush pen, scan the sheet and colour digitally. It’s a process I’ve honed to suit my style and my very questionable patience levels. But since then, I’ve added this little device to my preferred toolbox.

Ok, why do I love the iPad Pro you ask. Well here are five reasons why: 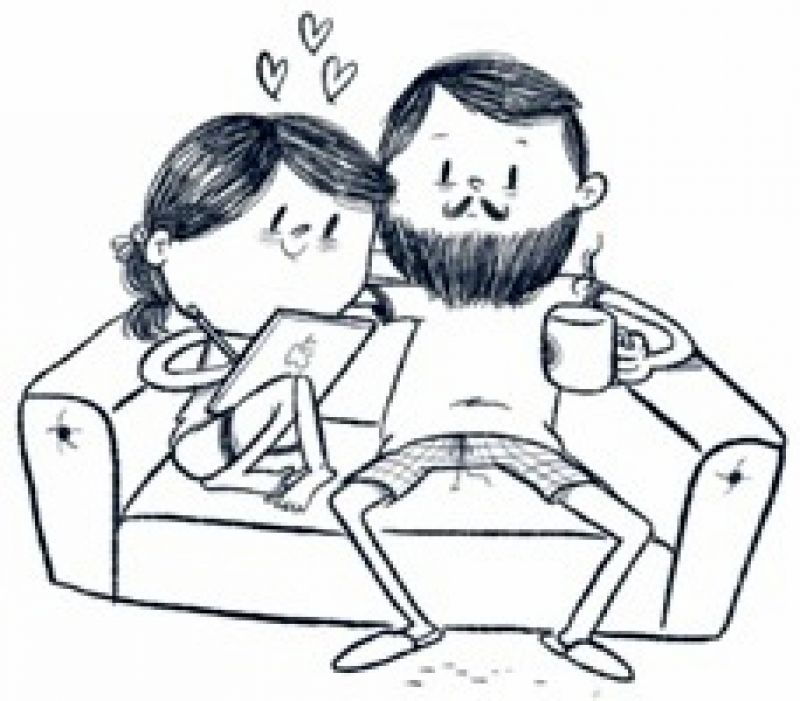 I am now able to work on the couch next to my TV-loving husband, while I keep my spouse-neediness in check. Also, a biggie is drawing when I’m out of town, which is surprisingly a lot for someone who would rather be stuck at their desk. Always a tick in my books when I get to draw a thought as opposed to write down a thought to draw later.

It’s THE drawing app for the iPad Pro and is wonderful. Procreate that is, not procreating. That would create life. haha. Bad jokes aside, it’s a great app and on default records your drawing. Process video FTW!

-Whistle while I work.

Multiple applications. That’s all I need to say. 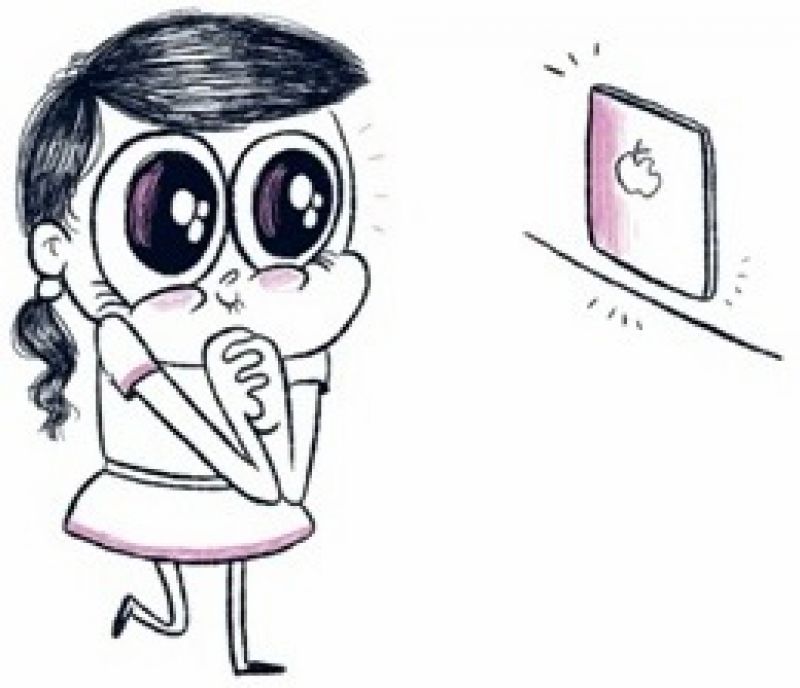 I became a girly-girl late in life so I’m allowed to admire the pink perfection that the device comes in, to make up for all the ‘pink hyperventilating’ I didn’t have as a child. 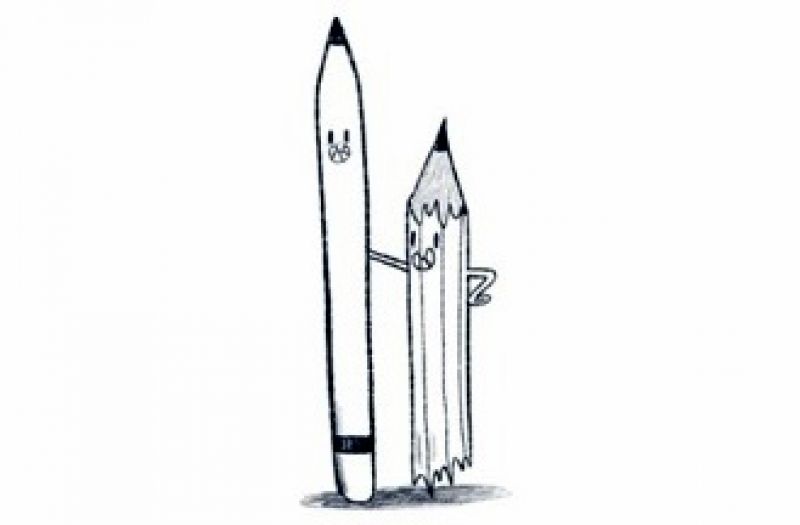 -I’ll take a bit of that Apple (pencil)

Ok, I should probably start with this but this pencil is oh-my-goodness good! I mean, I can honestly say, just try the thing. It’s everyone's soulmate. 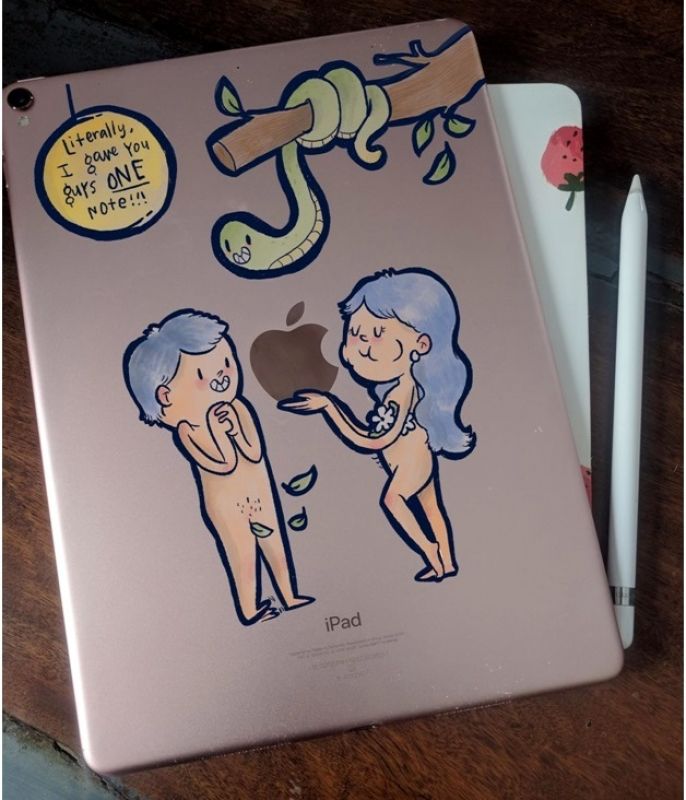