Technology   Gadgets  31 Oct 2019  The InstaX LiPlay is not just a camera; it is a printer as well
Technology, Gadgets

The InstaX LiPlay is not just a camera; it is a printer as well

The LiPlay has new features such as the sound record which can be used to record upto 10 seconds of audio with a picture. 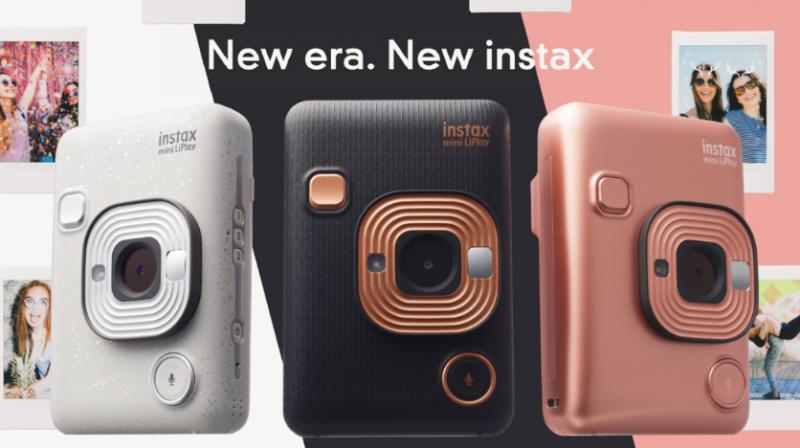 The model is a new addition to the lineup of “instax” instant cameras, which allows you to enjoy photo prints on the spot.

Fujifilm India Private Limited announced the launch of the first-ever hybrid instant smart camera the instax mini LiPlay in India today. LiPlay boasts of cutting-edge features like LCD display screen and wireless connectivity that enables one to print photos directly from their smartphone. The all in one instax LiPlay is not just a camera; it is a printer as well.

The model is a new addition to the lineup of “instax” instant cameras, which allows you to enjoy photo prints on the spot. With LiPlay you can review photos captured on the device via the LCD monitor on the back of the camera and choose images you want to print. Not only this but the camera comes packed with new features such as the Sound Record which can be used to record upto 10 seconds of audio, which can then be printed along with the photo in the form of a QR code. With Liplay, pictures really do come to life!

Another exciting feature of Liplay is the Direct Print function which allows one to print any image from their smartphones on an instax mini film; Thereby enriching the moment by creating a tangible photo sharing experience. Taking group photos is as easy as smile and click with Liplay, which also offers a Remote Shooting function through the Liplay smartphone app to release the shutter while standing away from the camera itself.

The camera’s main unit is the smallest and most lightweight in the history of the instax series for outstanding portability. Designed with streamlined and stylish look, the camera’s compact and lightweight body makes it easy to carry. Buttons and dials for basic operations such as shutter release and Sound function are laid out for advanced operability. The camera is now available in the market at a price of MRP of Rs 13,799, which comes in three colours, each of which has different surface processing, such as embossed or smooth finish.

Instax has certainly come a long way ever since its launch back in 1998. Today, it is a global hit with presence in more than 100 countries and regions. Its quirky design and retro look have helped the brand carve a winning niche for itself.