The Noise Slimmest Wireless Charger adheres to Qi standard fast charging and can be easily carried around in a pocket. 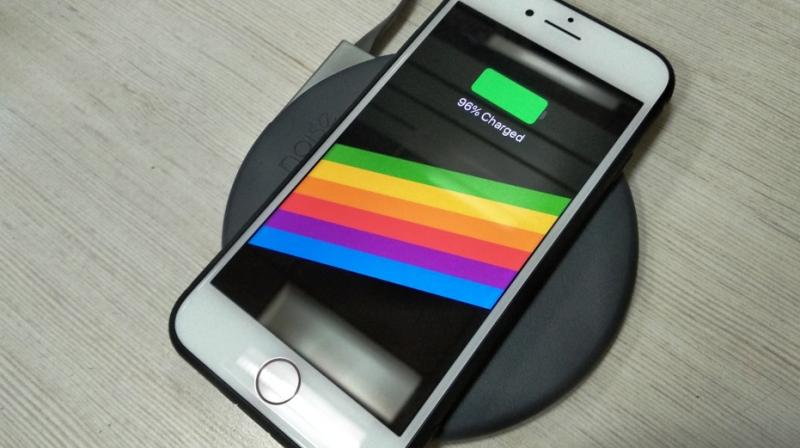 We tested the same on an iPhone 8 and were impressed to see it topping up the battery faster than the supplied charger. 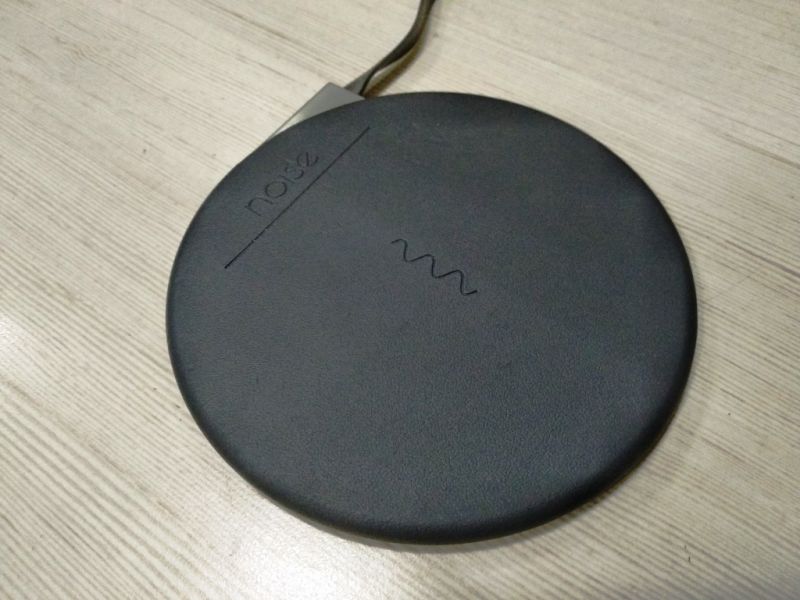 However, the only issue is that wireless charging pads are bulky — most of them are heavy and are best left on the table. Noise, a manufacturer known for making affordable smartwatches, accessories and audio accessories, has a solution to this — Noise Slimmest Fast QI Wireless Charging Pad. Sold for a price of Rs 1,999, the pad supports fast wireless charging, which gives it an edge over its rivals.

The Noise Slimmest Pad actually adheres to the description of a ‘pad’ — it has a very slim form factor. In fact, at first look, it can easily be mistaken it for a fancy table coaster. We must say fancy because despite carrying a relatively low price tag, the charging pad’s surface is covered in leather, which makes it a good companion for most premium smartphones. The leather surface also enhances the grip on a smartphone as most premium wireless-charging compatible handsets today sport a glass rear panel. The underside sports a rubber grip, making sure that the pad doesn’t slide around on the table. 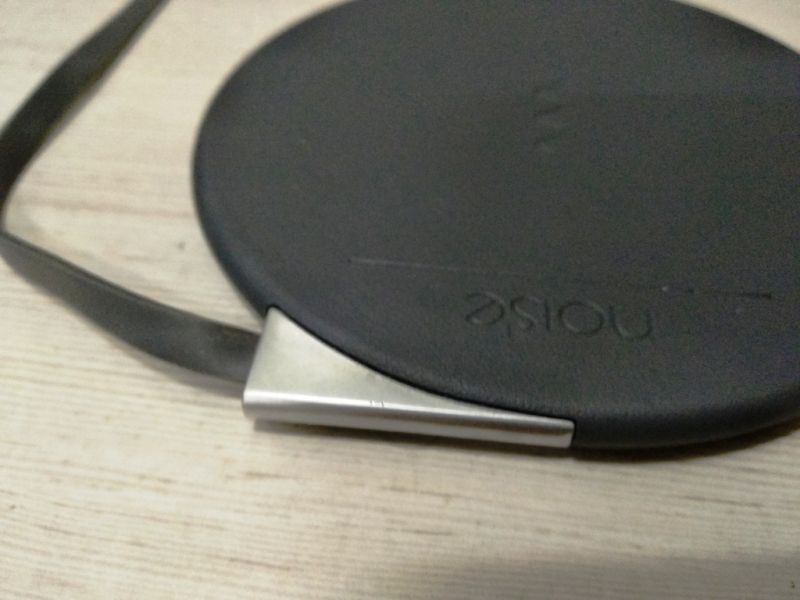 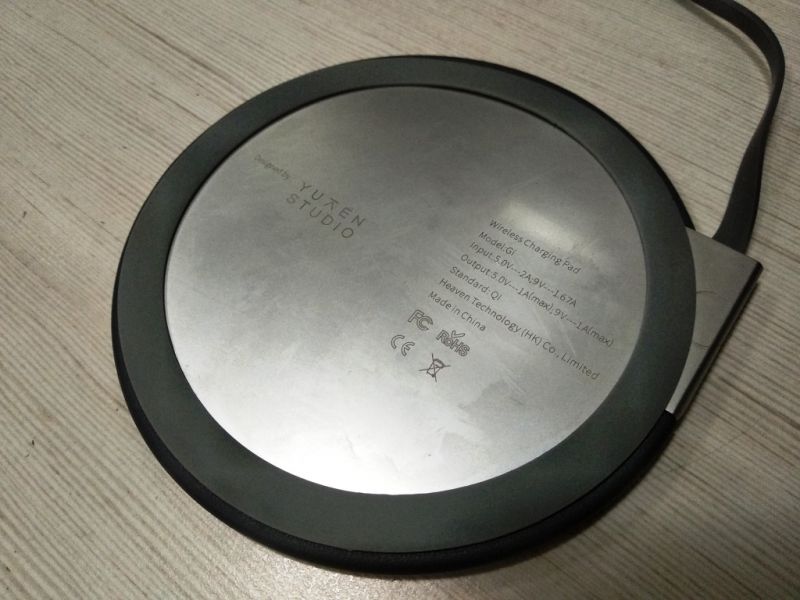 The cable outlet gets a premium metal and the flattened rubberised wire/cable also helps for a tangle-free cable experience. However, what’s annoying is that the wire is neither detachable nor retractable, which is a bit of a hindrance while carrying around. Noise also doesn’t ship the charger with an adapter, which means you will have to rely on your smartphone’s charging adapter or your PC’s USB ports. But this works well as you can ensure that you are using a highly compatible power outlet for your smartphone.

Wireless chargers are all about convenience and the Noise Slimmest Pad doesn’t shy away from its primary motive. Despite having a sleek and slim form factor, the pad delivers when you want your phone’s battery meter to go green from red. Plug it in any USB adapter (we recommend you use the smartphone's original charger) and the charger will top up your phone without any issue. The charger supports standard 5V/1A output and 9V/1A fast charging. However, the performance is completely dependent on the type of adapter and smartphone you’re using. 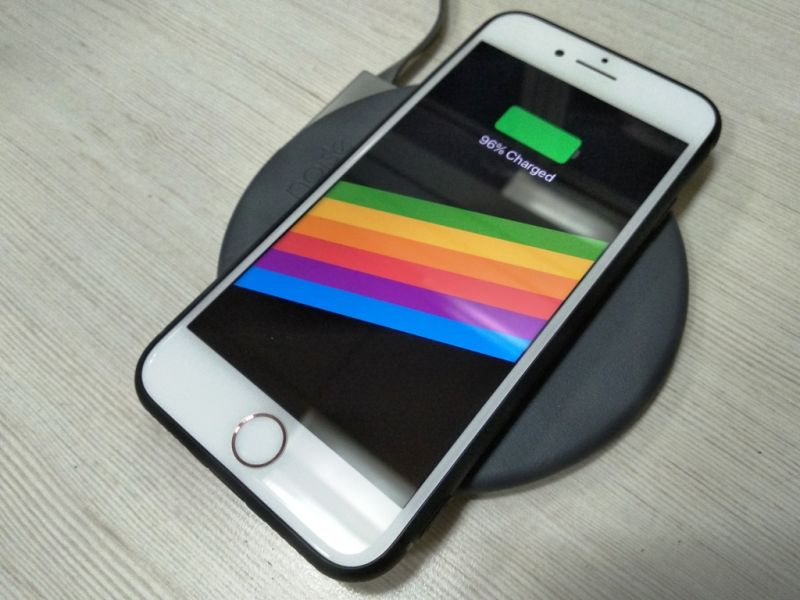 If you plug in a standard 5V/1A adapter, don’t expect the pad to fast-charge your smartphone. However, use a Qualcomm Quick Charge (QC) supported adapter and you will see the results. We tested pad with a Quick Charger 2.0 adapter on a Samsung Galaxy S9+ and were getting expected results — 71 per cent to 100 per cent one hour. However, the adapter charged the S9+ directly via the Type-C USB cable in just 39 minutes, proving that wireless accessories aren’t still on par with wired counterparts. We tested the same on an Apple iPhone 8 and were impressed to see it topping up the battery faster than the original charger would directly. 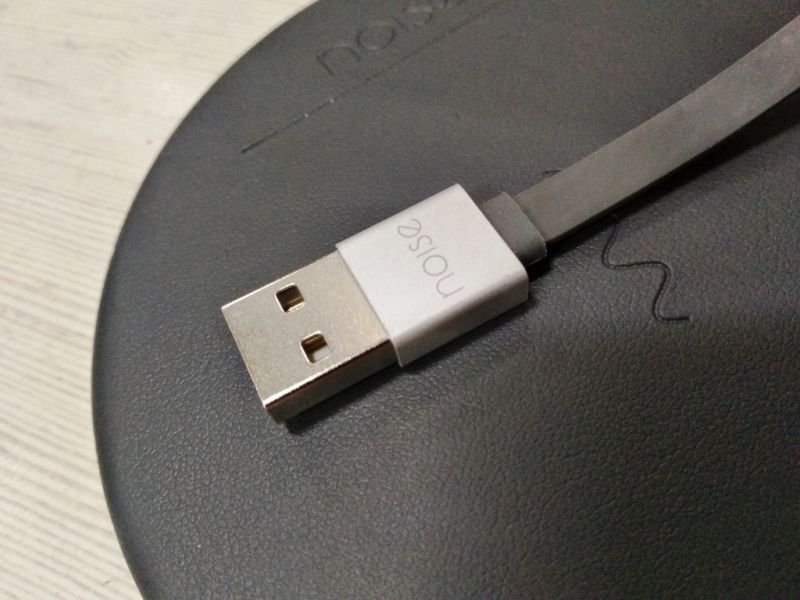 The Apple iPhone 8 was tested when using Samsung's QC charger connected to the Noise. We would like to state that the performance of wireless chargers is purely dependent on various factors — type and rating of the power adapter, the cable type, the smartphone in use and the distance between the phone and the charger. While the built-in cable is the best-suited quality and rating, you could rule out one factor here.

Wireless chargers also suffer from efficiency, and because they are based on electricity induction, you will never see a 100 per cent input to output ratio. To sum up the performance area, this little charger surely won't disappoint you. Only if Noise had added a retractable cable that could make it easy on portability.

During our test phase, we kept the charger plugged in and didn’t see any signs of overheating. Due to the limitations of the form factor of wireless chargers, one has to make sure that the smartphone should be aligned to the centre while placing it on the pad as a slight deviation wouldn’t detect the phone. 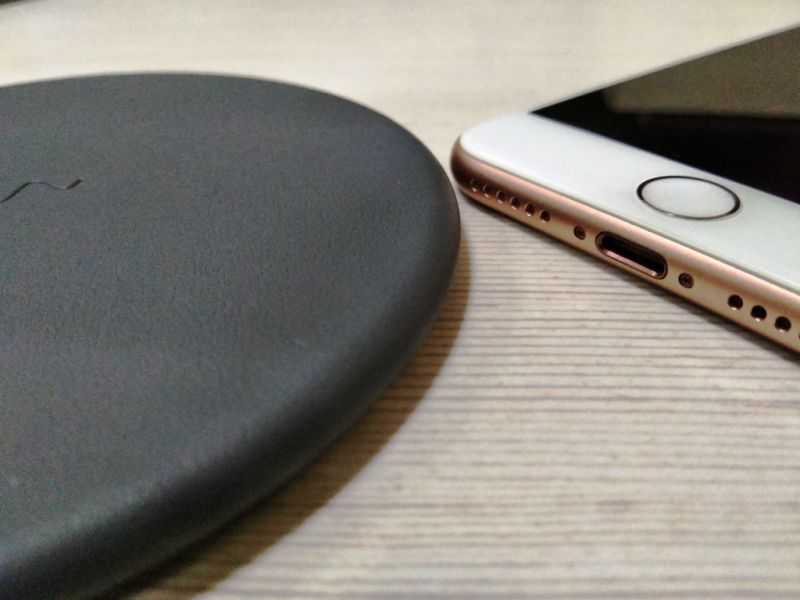 The slim form factor makes the Noise Slimmest Charging Pad highly portable, allowing it to be easily carried around. The only hindrance we found was a missing detachable cable, which could render the unit useless in case of a cable damage. Topping up your smartphone while on the move is not as easy as the Noise can only perform best when left on a flat surface. In fact, this pad is best suited for places such as home or office where you may keep the phone untouched for a longer duration. 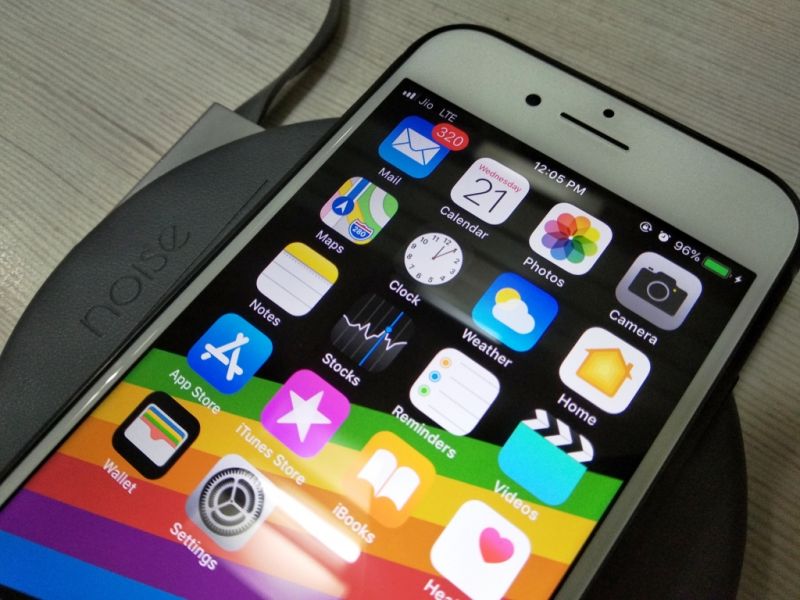 As stated, going wireless is the future and wireless charging will be the most convenient way to refill your smartphone’s battery in the future. The Noise Slimmest Fast Qi Wireless Charging Pad is certainly one of the best ways you can enjoy the benefits of the new technology, especially when you consider what it offers for this price — a premium sleek design and the benefit of fast wireless charging. We would recommend the Noise wireless charger for those seeking a good-looking smartphone accessory that also performs when the flag drops.